Editor's Note: In our original story, we incorrectly stated that Super Meat Boy Forever was an endless runner. The story has been changed to reflect the correct gameplay. We regret the error.

Perhaps one of my favorite video games ever is Super Meat Boy, a brutally difficult but well-designed platformer inspired by classic games of old. It's also a game Team Meat has said <a href=http://www.escapistmagazine.com/news/view/104746-Super-Meat-Boy-Ends-the-Journey-of-Meat>would never get a proper sequel, although <a href=http://www.escapistmagazine.com/news/view/115759-Touchscreen-Super-Meat-Boy-In-The-Works>a touchscreen follow-up has been teased for years. Now fans can finally take a look at what Team Meat had in mind on the PAX floor: Super Meat Boy Forever, a new game designed specifically with tablets in mind. Although if you don't play games on tablets, it will get a PC versions as well.

Despite saying Super Meat Boy wouldn't have a sequel, Super Meat Boy Forever very much sounds like one. "SMB:Forever is a full game like [Super Meat Boy]," Edmund McMillen <a href=https://twitter.com/EdmundMcMillenn/status/505481977160425474>wrote via Twitter, "it has many chapters, bosses, warp zones, and tons more."

The biggest question regarding a Super Meat Boy for tablets was how the controls work, given the original game worked best with gamepads. Based on a Joystiq gameplay Vine, whatever control scheme Team Meat used doesn't appear to hinder your movement. We'll have to see once it's complete, although with its current release date of "When it's done", that could still be quite a while.

Otherwise, I could always use more SMB, so I'm excited for this one.
M

Otherwise, I could always use more SMB, so I'm excited for this one.
Click to expand...

So it's probably more like your Rayman Run, with levels and whatnot. Cool, I'm down.
N

Otherwise, I could always use more SMB, so I'm excited for this one.
Click to expand...

You can even see a progress "bar" in the top left corner of the screen in the vine. 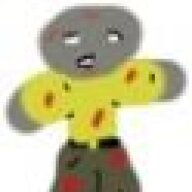