Not the creepiest thing i have seen in the week....

Seriously though , it looks quite normal to me . Hardly freaky or horrifying.....

I wonder if I could get a fish like that as a pet . That would be interesting .

A real shame that it's dead. But it appears to be a very deep undersea type of shark. Which if that's the case it was probably on it's way to dying anyway since that's how most deep sea creatures tend to do when they are hitting the end of their life cycle.


All in all still pretty cool. Last year was rife with rare sightings of rarely seen deep sea creatures. Hopefully this year bodes the same.

God Lord that thing's creepy, it looks more like a giant eel than a shark! 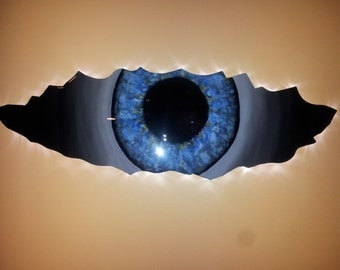 ...Holy crap, it does look like Prisoner Zero! ...Eh, it's probably a coincidence.

wtf....why in the hell does it have the end of a chainsaw for its bottom lip.


that shark is the most metal thing I've seen all day.

well..besides the 26 fucking rows of teeth in this bastard. jesus. like getting thrown in a meat grinder in one bite.

And this, ladies and gentlemen, is why despite growing up in the Caribbean and being around boats and fish and sea mammals most of my life I'm still fucking terrified of deep open ocean. The Lovecraftian horrors dredged up from the depths just absolutely haunt my nightmares. Its shit like this that makes me really wonder if Cthulhu really does sleep beneath the waves just waiting to waken and unleash all sorts of nightmarish crazy fucking shit on us unsuspecting complacent mortals who think we've discovered all that needs be discovered.

I'm also terrified of deep space despite loving the hell out of the idea of space exploration, thanks Event Horizon... thanks so much for ruining my dreams.

TBH though, I have nightmares that are much more terrifying than nature but the difference is I know I can wake up from a nightmare whereas nature doesn't disappear when the alarm goes off or I scream myself out of REM.

Where's The Doctor when you need him?
Click to expand...