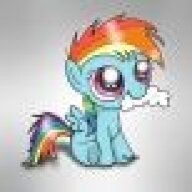 With the announcement of the final DLC fighters, and the NX officially being talked about next year, I figured it could be fun to start dreaming up what we hope for in Smash NX. Now I might be a bit early on this, but I was thinking of what characters I'd love to see in smash so I figured I'd post it and see who everyone else would like to see.

Indie Characters
Shovel Knight
Shantae
Quote
Travis Touchdown
Now please note, I didn't include any that were in Smash 4. Also note that I don't rightly expect all of these to make it in. That would be a development nightmare, but a combination of neewcomers from the list above would be quite welcome.

So tell me, what would you like from smash 5? Characters, assist trophies, items, pokemon, game modes, Subspace Emissary 2, etc. Let your dreams run wild and have fun.

Though, to be honest, I am largely over the novelty of SSB at this point in my life. The first two were hype as fuck when I was a kid and Brawl was great, but by the time SSB4 came around... I don't know. It really couldn't hold my interest for more than like 3 weeks or so. Once you've played one SSB (starting with Melee) you've played them all, I guess.

I would like Sora from Kingdom Hearts to make it in. To some people, a big part of Smash is seeing the characters from the games of their childhood come together to kick the snot out of each other, and Kingdom Hearts was easily one of my favourite games as a kid.
Shame it'd be a licencing nightmare to get him in though. Not only is Sora not originally a Nintendo character, but they'd have to go through both Square Enix and Disney for it? Yeah, it's not looking likely.

I would settle for Waluigi though. I barely ever play Mario games and have only played like two that even feature Waluigi, but that doesn't mean I don't appreciate him in all his lanky glory.

Bring back Adventure Mode from Melee...Bring back every character that has ever been in a Smash game so far...Call the game Super Smash Bros: Clash of the GenerationsOther than that, I guess it can have the ability to create Smash-based challenges to share to the world a la Mario Maker...

I really want to see some hard data when it comes to the Smash Poll...Who were the top 5, who were regional top 5's, etc...I'd love to see the numbers but I realize I probably won't.

Anyway Smash 5! I just watched the Game Explain video and they're talking about the possibility of Smash Bros For being brought to the NX with all content on...uh...medium. It's a neat idea even if it doesn't happen.

Smash 5 though, Smash 5! I really want to see the Smash poll data just to see how many people voted for various villains. It would be cool if Smash V brought back a plot and that plot was something along the lines of, All of the Villains have teamed up to take on heroes. I really hoped King K. Rool would be DLC for Smash Four, but for Smash Five he could be a newcomer with Wart, Pig/Beast Ganon, Inklings and Octolings...

Maybe Smash 5 will bring back Wolf but I think it was clear that if it wasn't for tech limitations, Ice Climbers would have been in Smash Four. 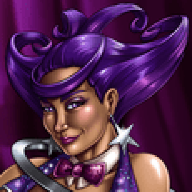 Smash the Targets and Adventure mode is a must. re-merge Lucina into a costume for Marth, Dark Pit should have more Uprising weapons and a unique victory theme. 3rd party characters other than Sonic (and Pac-Man) might make 5 too costly, unless they're condensed into the core package, but then people might complain the pricing of them in the 4th game. not that the prices were a problem as far as fighting characters go, but Smash is a much wider platform fighter, the difficulty curve isn't as large as stuff like Street Fighter but compared to more reasonably priced DLC like Mario Kart, it just seems odd.

Keep Sonic, Ryu and Pac-Man, upgrade Mega Man & Bayonetta to unlockable and add Jack Frost as the secondary SEGA/Atlus rep, Rosalina should be made slightly heavier and more easily to control whilst Luma is drawn back to just attack/projectiles (Litchi Faye-ling style) rather than being semi-Ice Climbers with potential mind games such as picking wherever Luma attacks the opposite direction or not, double tap so Rosalina does her move rather than single tap making both attack. there should be more villain representation in the game even if it's something like Black Shadow, Porky Minch and Ridley, take a page from BlazBlue's book and have "Unlimited"/Powerful versions of the characters, an abyss mode and maybe single-lives single-player fighter mode; where you pick 5 characters and each one has a life each.

Unlimited Dedede for example would have wider jumping ability more like Brawl!Dedede whilst having an entirely different Final Smash, like Masked Dedede. most Unlimited versions may take the best bits from previous games' movesets. new characterswise, they could add Impa (or maybe Wizzro. Cia/Linkle if Koei really needs to), Weavel or Samurai Goroh? even King Hippo, Mach Rider or Bubbles could be alright as newcomers.

Would say K. Rool, but he might be a bit too close to being a sacred cow, unless Retro uses the Kremlings in a new game.

I'm pretty sure that they will just shorten it a little and call it: Super Smash Bros Clash.

But, it's better title than what we currently have.

Call it any one of these:

Aerosteam said:
Call it any one of these:

The only character I want and remains CM Punk. 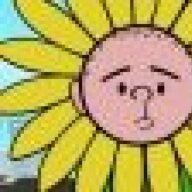