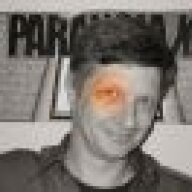 In The Escapist [http://www.escapistmagazine.com/issue/101/14], Allen Varney describes the aftermath of Sony Online Entertainment's disastrous "New Game Enhancements" for its Star Wars Galaxies MMOG. Now Allen recounts a tragicomic sidelight to the NGE, the story of how blame for the entire NGE fell on one hapless underling. 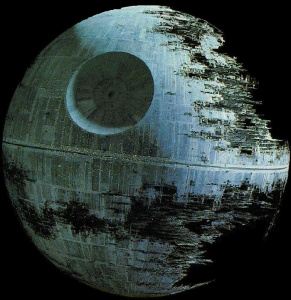 Freeman posted the same clarifications repeatedly for weeks, to no avail. Somehow he managed to avoid looking embattled. Eventually someone asked him why he kept at it:


Because I spent almost six years working on SWG, and it kills me that the only people who liked it, hate me. Frequently for misinformed reasons [http://mmorpg.com/discussion2.cfm/post/1230753#1230753].

To repeat, this Freeman foofaraw arose because of SOE's poor communication with the SWG audience. The SWG team - if not, so far, Sony Online or LucasArts execs - learned from this mistake. Sabrehawk, SWG site manager for The Escapist's sister site WarCry [http://swg.warcry.com/], says of the game's forums, "SWG veterans will see a level of developer involvement with the community that far exceeds anything in the past. In fact, in my experience, I haven't seen anything like this in any other MMO. Granted, some might call it rearranging deck chairs on the Titanic, but they're definitely moving in the right direction."

There are probably other lessons to be learned from Freeman's experience, but we'll leave them to him. Believe it or not, Jeff Freeman - clearly a man of iron nerve - is still blogging [http://mythicalblog.com/blog].

Freeman is a steely-nerved survivor who became a posterchild for apocalyptic destruction? Duh. I've played that game. Where's the fresh news, Allen?

Oh, I thought you were talking about Gordon Freeman. 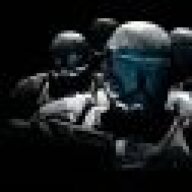 In the old days, players learned about changes to the game by reading patch notes on patch day. Now, it's not uncommon to see a developer taking an active part in discussions over a specific issue, spitballing with players, offering alternatives and generally working hard to get the feedback they need to design a system that, while it might not please everyone (like that could ever happen), will perform up to the expectations of both the development team and the players.

For example, there is a lot of discussion about the Collection system the team is working on for Chapter 7. The discussion started May 18 and is currently up to 70 pages of dialogue. The developer in charge of the project has a post on nearly every page of that discussion.

And the best part is, that's not an isolated occurrence.

Jeff Freeman, former Lead Game Play Designer on Star Wars Galaxies, committed suicide on September 24, 2008. He was 39. His brother announced the news on the MMOFringe forum [http://mmofringe.com/modules.php?name=Forums&file=viewtopic&t=111], and it has been confirmed by Freeman's most recent employer, Spacetime Studios, and by Zenimax Studios, where he was about to start a new job. Freeman also worked on Ultima Online in its early days and was an Army Reserve member.

Discussion on the SWG Veteran Refuge [http://forums.station.sony.com/swg/posts/list.m?topic_id=756313], where Freeman was repeatedly and lengthily vilified for years. Observe that though most SWG veterans express regret and sympathy for Freeman's family, one or two take even this opportunity to bitterly lament the Galaxies New Game Enhancements, as they have with unceasing passion on a weekly (if not daily) basis for the nearly three years since the NGE's launch.

I give my condolences to his family and friends, and I hope Karma strikes down those idiots that would dare speak bad of the dead.

I am slightly confused here though, did he kill himself due to the criticism of the game? Or for other reasons?

This should be made into a seperate Article.

According to the MMOFringe thread, Freeman's brother doesn't believe criticism of the NGE provoked Freeman's suicide.

Thanks for the info, I thought it would be rather extreme to kill one's self over criticism.

The blame wouldn't solely rest on the subscribers shoulders though. I played through SW:G and saw the Ghost Towns on Tatooine; and the awful way they'd redone the starting script.

There was also the protestors who were 'beamed' into space and banned, and the lockdown on the SW:G forums.

Sony could have saved Freeman with some ease; but they didn't. Perhaps they should, at least, respect his final resting place. 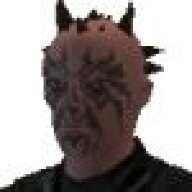 Firstly it is a sad thing that Jeff took his own life.
Secondly Allen your article from 2007 is full of false information. Did Jeff get the blame? Sure he got part of it but not as much as you would have people beleive. The whole dev team got part of the blame for pure ingnorance. Most of the blame got put on John Smedley the president of SOE and Julio Tores of LucasArts. If your going to post stories you need to make sure you have all the facts correct and not fabricate false information.
B

I agree with Starbuck. Those who knew anything about the NGE put the blame where it belonged - with everyone involved (and that includes SOE, LA, the dev teams and even the players). A vocal minority may have blamed certain individuals, but most of us did not make that mistake.

Starbuck, Beery: I quoted verbatim from the SWG refugee forums. A few of the posts there had unkind words for SOE boss John Smedley and for SOE as an abstract institution, but the great majority of posts I saw directly condemned Jeff Freeman as sole authority for the NGE.
O

I do not think that this issue alone could be the reason behind the suicide of Jeff. I think he might have dreamt or wanted more to occur in his Star Wars MMO. Being the lead designer of Star Wars MMO, I suspect anything else could be the reason. I am sure he had a lot to offer but unfortunately that won?t happen. Now that he is gone, I offer my condolences to his family and friends. May he rest in peace now!
Show hidden low quality content
You must log in or register to reply here.
Share:
Facebook Twitter Reddit Pinterest Tumblr WhatsApp Email Link
Top Bottom