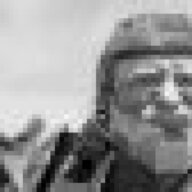 This whole thing was a fucking disaster in all respects. Obviously the attack itself but a few other reasons, at least to me.

It was a colossal waste of monetary resources and a great way to fuck our foreign policy. Iraq was a festering toilet of lies. Halliburton won, we all got fucked into picking up the tab like idiots. Afghanistan could have been handled better. Both wastes of lives, wastes of money, wastes of time, and convenient ways to assfuck tax payers into supplying war profteering scum with new contracts.

I'd have rather spent all that money here.

Need I even mention the Patriot Act? How long until some unscrupulous piece of shit gets into office and decides to start arresting whoever the fuck looks at them funny? Chances are it has already happened a few times and we'll never know.

Fuck it. Fuck it all. 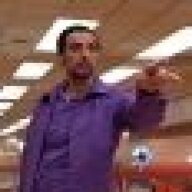 fare777 said:
I'm an asshole for having my own opinion? yeah... OK I can deal with that... Besides, it's easy to get over someone's death, atleast i find it easy. Don't see why that makes me a prick.
Click to expand...

First off, yes you are an asshole. A big, sweaty, asshole.
Just because "it's like, you're opinion man" doesn't mean you are any more or any less of an asshole. In fact, besides actions, peoples opinions would be one of the top things that would define them as "assholes".


Have you ever heard of something called empathy? It's when you don't actually experience others emotions, but you understand that it's their right to have those emotions, and respect that. For example, I have no idea what it feels like to be called "******", but I understand why a black person would not want to be called that.

It's something normal people who aren't gigantic assholes have. Shit, I find loss easy to get over too. But you don't see me walking around telling people that, because I understand why people would be sad because of loss.

You need to grow up. Seriously, I can't wait for you to look back on these posts in the future and realize how big of a jackass you are.

EDIT: Actually... are you autistic, or do you at least have asperger's? Because reading some of your other posts, you seem incredibly immature, and almost 100% lacking in any emotional department outside of "being a dick".
Show hidden low quality content
You must log in or register to reply here.
Share:
Facebook Twitter Reddit Pinterest Tumblr WhatsApp Email Link
Top Bottom