TGC '10: The Games Industry Still Has its Virtues

TGC '10: The Games Industry Still Has its Virtues 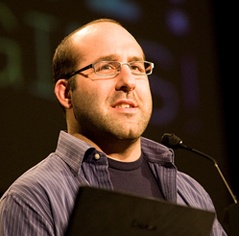 Despite all the shortcomings of the games industry, Jason Della Rocca claims that there are still some virtues worth noting.

During his talk at Triangle Game Conference 2010, Della Rocca mentioned the feared "crunch time," a period during game production that often causes employees to work 60 hour weeks, stealing naps under their desk whenever they can. However, for every developer that has a rigorous crunch time, there's a company like Relentless Software, that takes so much pride in its "no crunch time" policy that it has a crunch clock displayed on its website, counting to the second how long it's gone without a crunch period. Boasting such games as Buzz! and Blue Toad Murder Files, Relentless provides a functional example of the quality of games a "no crunch" developer can produce.

Further, the games industry is also starting to implement hardier strategies to produce a game with less stress, less crunch time and less inter-departmental confusion. Before development companies swelled in size, simple e-mail and face-to-face meetings were sufficient to create a decent game. Nowadays, when companies can host employees numbering in the hundreds, a more efficient strategy is needed. Companies are implementing new management techniques, such as Agile and SCRUM to make the process of game creation more streamlined.

In another panel at TGC 2010, Google discussed its multiple API's and development tools [http://code.google.com/more/] that are available for aspiring game developers. Della Rocca also mentioned other development tools, such as the Spore Creature Creator, that let non-developers become intimately familiar with basic modeling tools. When development tools are so easy to use and included in a purchased game, the amount of people trying and succeeding at making neat games increases.

Further, videogames are also becoming about more than just entertainment. Games like Brain Age and Wii Fit provide new venues for people to keep their brains and bodies in shape. Games also have the ability to change the world for the better - as mentioned in Jane McGonigal's TED talk [http://www.ted.com/talks/jane_mcgonigal_gaming_can_make_a_better_world.html] on the subject. These "serious games" bring strangers into a different and harder worlds: Ninjabi and Darfur is Dying are just two examples of these kinds of games.

These are just a few examples of why the games industry doesn't suck, and if you'd like to read more, it's all clearly laid out in Della Rocca's article "10 Things That Don't Suck About the Game Industry [http://www.escapistmagazine.com/articles/view/issues/issue_157/5022-Ten-Things-That-Dont-Suck-About-the-Game-Industry.3]".

Boom Baby! We're worth having around, so screw you FOX!

Calumon: Hmph... I thought I would be the reason to keep them all...

None of these really seem to be virtues about working IN the industry, which as far as I can tell is more or less a conglomeration of sweat shop style labor. 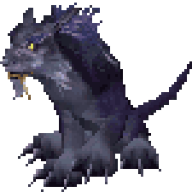 Damn, they need a team leader like mine that even bully people that get their rest periods and go home on time.


AC10 said:
None of these really seem to be virtues about working IN the industry, which as far as I can tell is more or less a conglomeration of sweat shop style labor.
Click to expand...

Maybe there is sarcasm in the title?!

Pff. 60 hour weeks is crunch time? since when?

There was a time when 60 hours was a normal working week in the industry.

Nobody should be spending 120 hours a week at work for weeks on end... That's not even remotely healthy.

All you'd be doing is working and sleeping, and not even much sleeping...
S

SCRUM ang agile weren't new three years ago, so they probably aren't now either. And Spore creature creator thingy is as close to actual development tools as it is to actual biochemistry. Excuse my rant.

AC10 said:
None of these really seem to be virtues about working IN the industry, which as far as I can tell is more or less a conglomeration of sweat shop style labor.
Click to expand...