greatcheezer2021 said:
i think if you're going to punch the hornets nest that you've allowed to take root in your own home, you better be ready for a response.

obviously people on both sides of the party did not think it thru before executing a few decisions.

usually this culminates into "what were you thinking" and such as "they got what was coming".
Click to expand...

"She was asking for it" is apparently a valid defense of Islam, and by extension its regard for free speech and women.

Also ITT: people bending their morals/principles in ways they never would for any other religion, and side-stepping hypocrisy charges by labeling it hate speech and racism. Hilarity would ensue if people got their way and established precedent of protecting religion as Christian and Jewish lawsuits would come like a flood.

Everyone should be careful what they wish for about free speech rules.
Click to expand...


GamemasterAnthony said:
This was definitely something that needed to be said.

True, the satirists did not deserve to be shot, but it is safe to say they weren't exactly on the side of angels either.
Click to expand...

We are living in a time where people don't understand the nature of free speech. It's not just a law, its a concept.
J

bobdole1979 said:
I'm not a fan of people calling him "The Prophet Muhammad"
Click to expand...

Have you any idea how many people called Muhammad (and variations thereof) there are? If you didn't specify which one you were talking about things would get very confusing. 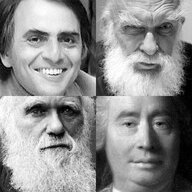 I think the big elephant in the room is the role that the religious beliefs of the terrorists played in all of this. I'd like to link to a quite relevant video; it's Daniel Dennett being interviewed by Bill Moyers on the Charlie Rose show about his 2011 book "Breaking the Spell: Religion as a Natural Phenomenon":
https://www.youtube.com/watch?v=EUeQXmYVamA&t=23m
It is quite long, but it is also one of my absolute Youtube favorite videos; an incredibly insightful, eloquent, civil and respectful discussion about religion.
Show hidden low quality content
You must log in or register to reply here.
Share:
Facebook Twitter Reddit Pinterest Tumblr WhatsApp Email Link
Top Bottom