Apart from the 10 percent that was objectively good, you know the Animaniacs, the Gargoyles, the Batman the Animated Series, and the other things that gets brought up when you deride some one else's childhood, the 90s was a there decade.

I remember the 90s being driven by cynicism and nostalgia a lot more than other decades.

It was a decade that was built on formulas. Disney made money by making the same animated movie about 8 or 9 times, you know the, "But she has a talking dragon, so totally different" era. If Backstreet boys had a hit, that successful formula can will be copied 50 times by years' end. Other generations did this, but this one feels more blatant. Hell, even "good" music like Nirvana was copied and mimicked a dozen times by year's end.

It was a decade where people wanted parody and familiar. Die Hard with a Vengeance was a hit in the early 90s, then every big movie for almost 10 years used that formula. Hercules: the Legendary Journey was a successful mixture of action and comedy and 2 years later a dozen shows copy that same format: Xena, Charmed, Buffy, Angel, Roar and so on. Also, stow it Whedonites: Bringing up Buffy the TV series being a copy of Hercules' formula" does not deride the show's writer. Quit treating him like a delicate flower.

The 2 pillars of television, Seinfeld and Friends sum up the decade nicely. Both shows are about nothing and style over substance.

The 90's is when anime peaked - It slowly tilted downhill come the new millenium.

I remember quite loving the 90's. Looking back at it most of it was superficial as hell, but then I was a teenager so I didn't notice most of it. Except for Power Rangers. I never got the popularity of that show and I was it's target audience. 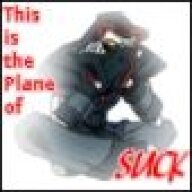 Having come from the 90s, I can safely say that they didn't suck. They were just there. If a decade in the 20th century could be described as apathetic, it would be the 90s: they knew where they'd been, but they had no idea where they were going, and had no real interest in trying to get there. Kind of like where a lot of 90s babies I know are at right now, funnily enough.

Actually, Fukuyama's revised his theories on the "end of history" quite a bit recently. [http://en.wikipedia.org/wiki/Our_Posthuman_Future] (And, while I agree with his assessment, I don't believe he's on the right side on the fence regarding the issue)

I wouldn't say the "War on Terror" has anything to do with his ideas since, even at it's peak, Al Qaeda (or any other Jihadist movement) paled in comparison to the comparison to the USSR. We're not talking about a superpower, here. Heck, we're not even talking about a power. It's an unorganized rabble clinging on a dark age ideology that didn't even really exist in in the dark ages.

Being from one of the countries of the former Yugoslavia (which broke up around 1990 in one big "civil" war clusterfuck), the 90ies did suck. What with the bombings, the refugees, the massacres and the ethnic cleansings and all that...

Professor Hubert Farnsworth: "Boring? Wasn't that the period when they cracked the human genome, and boy bands roamed the earth?"

I was born in the tail end of the 80's, and grew up in the 90's, so I didn't notice anything wrong with the decade.

(Except perhaps the comics, but I didn't get into those until the late 90's/early new millennium, so, yeah.)

I do enjoy the cartoons, though, especially how much they get away with in term of jokes...

The 1990s was the decade that revealed assigning moods and personalities to decades is arbitrary and contrived. Really. For the last century or so, any "movement" that dominates a decade has its roots in the decade previous.

The 90s are especially weird in how you can basically break the decade into two:

1) The early 90s, a time of economic depression, Generation X malaise, general cultural malaise--i.e., "The Cold War defined our society for almost half a century, what do we do now?", moody grunge and goth-industrial music and cynical gangsta rap (and New Country), and pop culture shaped by disaffected 20-somethings (the indie film scene led by Quentin Tarantino, Robert Rodriguez, Kevin Smith and their friends had a huge influence on the early half of the decade).

2) The late 90s, a time of economic prosperity, the dot-com boom and the affiliated growing acceptance of geek culture--including anime, and gaming via the PS1 and the rise of PC FPSes--by the mainstream, and bubblegum pop music made mostly by former Mouseketeers (and whiny pop-punk and ragey nu-metal), and pop culture shaped largely by catering to adolescent Generation Y (the American Pie and Scream franchises and all those other teen movies were late-90s).
4

In the 90's I listened to Grunge and Tecno, I saw Terminator 2, Starship Troopers and Trainspotting (all of which I weren't allowed to see) and traded Dragonball collectible cards. I lived in a country with infinitely better weather then the country I live in now and all I had to care about (getting closer to the 00s) was were to party after school.

How dare you tell me the 90s sucked?

Ah! But what about the 1900s and the 1910s? Where are they in popular American culture?

Because that time has, more or less, grown in the popular consciousness due to shows like Downton Abby and Mr Selfridge.

I would say that the 90s were the first decade that the global gate was opened. With only one major global superpower willing to act beyond its region, things that would normally had been restrained and suppressed by cultural norms and military superpowers were allowed to run free.

In the US, this meant the rise of anime as more than a small nitch geek culture, and children's television that finally wasn't about moralizing and pushed the boundaries of what is acceptable. Disney animation, having been in the woods for decades despite some cult hits, finally came roaring back with some of the most viewed movies in history such as Beauty and the Beast and The Lion King. Computers, cell phones, and the internet went from rich-guy toys to mainstream America.

Elsewhere, that lack of restraint had far reaching consequences. Hong Kong was back in Chinese hands after 150 years with Macau soon afterwords. Apartheid South Africa finally collapsed and a more inclusive country was formed in its place. Germany was unified for the first time since WWII. Not all was good: Genocides in the ex-Soviet Block and Africa, Taliban seizing control of Afghanistan, and the military dictatorship of Musarraf in Packistan would all set the stage for the 2000s.

Most notably would be the economy: The shortsightedness of the deregulation wave brought the rise and fall of the Asian Tigers and Japan's Lost Decade, Enron, the tech bubble, solidifying the foundations of the 2008 financial crisis that were first poured in the 1980s.

So I would have a phrase to describe the 1990s: the decade of no restraint.

So the 90's can be defined as having an identity crisis.
A

To me the 90's was a decade where we waited for the promised future of the 20 th Century... we were waiting for our flying cars, and Mars water farm plots to happen, to get jacked into cyberspace and get augmented.

To me the 90's was sort of about the rise of nihilistic apathy/angst and suburban dysfunction, whereas the 80's was more about materialistic hedonism where yuppies were the focus.
A

I remember quite loving the 90's. Looking back at it most of it was superficial as hell, but then I was a teenager so I didn't notice most of it. Except for Power Rangers. I never got the popularity of that show and I was it's target audience.
Click to expand...

Bullshit, give me a list of 90's great animes and I'll double that list of animes from the 00's.

Though, the 90's didn't suck, in terms of videogames was awesome, Super Mario 64 and Zelda Oot ftw.

And bob didn't talk about the awesome WWII movies that came out in the 90's. Nor Fight Club or American History X.
The 90's and 00's are the best decades for movies. Way better than the slow movies of the 70's and 80's.
Click to expand...

Anime was probably at its financial peak in the late 90's as a cultural export, though I'd say 90's-early 00's is probably more accurate. There were a lot of great anime from the 90's though, and it definitely hit its stride in the states during that time.

1900s: The new century and the rise of a new empire and economics in the US.

1910s: The debut of the new empire on the global stage and the horrors of war (WWI).

I remember quite loving the 90's. Looking back at it most of it was superficial as hell, but then I was a teenager so I didn't notice most of it. Except for Power Rangers. I never got the popularity of that show and I was it's target audience.
Click to expand...

Did I say all anime from the 00's sucked? No. But on a whole the medium slumped into complacency with the turn of the century.

PsychedelicDiamond said:
I was born in the early 90s (93, to be precise) and if i was asked what that decade was all about, experiencing it as a child growing up i'd say... well, i suppose i will be considerered the rise of the information age. And the birth of a generation that grew up with the internet, viewing it as less of a tool and more of a second reality that allows us to communicate with people we'd have otherwise never known. I like to believe that some day people will remember this generation... well, my generation for being among the first people who reached a level of global understanding that none of our ancestors were able to. And maybe that's what the 90s werde. The beginning of an era of communication and understanding that started with the end of the Cold War.

Now, for a better question: What were the 00s all about?
Click to expand...

I'd make the argument that in the U.S. (since we're mainly talking about American culture here), the 00s were about us collectively realizing that America is not as great or invincible as we once thought. Obviously 9/11 and the paranoia that came with it were a big part of that, but not all.
Show hidden low quality content
You must log in or register to reply here.
Share:
Facebook Twitter Reddit Pinterest Tumblr WhatsApp Email Link
Top Bottom