The Big Picture: The Best Movies of 2012

Which position will The Expendables 2 take? Personally, I cant say completely, but atleast the top five...
Click to expand...

Have you seen Expendables 2? IMO it was actually good, nowhere near as abysmal as the first one. If they improve as much in the third one it can be genuinely great.

Still waiting to see Django, I really hope it would live up to at least some of the hype. My relationship with Tarantino movies hasn't been exactly wonderful in the past, I'm hesitantly looking forward to it.

About that cavalcade of villains joke: For fuck's sake Bob, TDKR already came out, you reviewed it, the hype has settled. Yet you still childishly harp on about it. That gag reminded me of a bully throwing rocks at a fat kid in the schoolyard after everyone has left. Seriously, who cares?
Click to expand...

Also, I completely agree with you on Bobs joke about Bane. 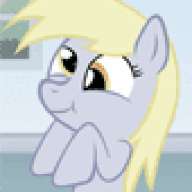 I agree with some movies and disagree with others. It's obvious why, Bob just sees the movie through a different lens. I can't enjoy movies on levels of self-referencing or poking fun at the movie industry etc. When I watch a movie, all I see is the movie itself. Probably the reason I didn't enjoy Ted, Casa de mi padre, or hell, even Pulp Fiction. It's a shame though that it seems harder and harder to watch a movie like that. More and more people are watching like Bob and I end up having to scour the internet for hours (or days if the movie just came out) just to understand. That's probably why The Avengers was so good. No matter how you look at it, the movie is just plain satisfying to watch. You can have the 7 year old laughing at the Hulk's antics, the teenager pointing out the references, the 30 year old admiring the action, and the grandparents admiring the unique character interactions.

Les Miserable? Honestly I cried tears of joy and sadness and the movie adaptation moved me.
F

I donno where all the love for the Avengers comes from. Sure it's a very ambitious project, but the movie itself (from a non comic book fan perspective) is good at best. I've seen most of the movies on Bobs top 10 list (with the exception of the Will Farrell one, and Paranorman), and I would slot all of them above the Avengers.

Like many others said too I think Skyfall and The Dark Knight Rises should get some sort of recognition.

Anyway complaining aside, 6 of the top 10 movies that Bob mentioned, I would put in my top 10 as well.

Avengers was decent but nothing more than an above average popcorn flick...

Same with The Hobbit.

The Cabin in the Woods isn't nearly as amazing as Bob makes it out to be. Why does everyone say it has such an amazing twisting and turning plot? They give away most of the movie right off the bat, blatantly hint towards the gods very early on. It wasn't scary in the slightest either so I'd call it more of a sci-fi, fantasy movie. It was very funny though and the elevators scene was amazing but I don't think those nearly warrant it being in the top ten.

I agree with the rest though but I would have put Skyfall on the list and maybe put TDKR at number 10 although I know plenty of people will disagree with me on that.

Bob, I normally agree with you on most things but I do think you have a bit of a hard-on for Joss Whedon that kind of blinds you to any normal criticisms.
V

I realise I'm late to the party, but still wanna comment on this.

So, let's go one by one:
10. Casa de mi Padre - never even heard of it. Looks like a fun movie to watch with buddies and a lot of popcorn. Will give it a look, but not entirely hyped as I found Anchorman boring (don't kill me, I think it's just missed generation humour like Napoleon Dynamite)

9. Ted - watched it in the theatre and yeah it was funny, but I think you're perhaps giving it a little too much credit. It was fun, but a stupid kind of fun and that's coming from me and my friends who all appreciate both Family Guy and stupid fun.

8. Lincoln - planning to see this. Not sure if it has been or will be in our theatres, might have to watch it at home, but it's something I'm definitely planning to see, as are my friends.

7. The Cabin in the Woods - saw it, liked it, but I'm not sure if I should be the one to rate it. I hate horror movies (scardycat), so something not too frightening and more focused on being funny was amusing to me. My girlfriend, who absolutely loves horror movies, thought it was shite. If you want something scary, my friends and I would recommend Sinister. Let's just say it's a good thing I watched it the night of my exam week, cause it gave me the willpower to stay up all night and work on some programming.

6. Wreck-it Ralph - one of the movies that made me absolutely hate my country, or at least my city. All you could get here in Belgrade (Serbia) was a synchronised version and those kill a movie for me. There was a screening over in another city that was titled and I was actually willing to pay for a train ticket to go there and see it, but we never got around to it sadly. Doomed to watch this at home when the DVD comes out :'(

5. Paranorman - watched it at home, was fantastic. It started off a bit slow and I was thinking "heh, a kids movie, cute" for a good part of it. Was amazed how fast it turned around. All out funny throughout as well.

4. The Hobbit - I'm a LOTR fan (mean the books, not the movies, though I like them as well), so you'll hear no arguments from me here, you were right on target. Not as deep or as serious as LOTR, but definitely an amazing adventure movie - as it should be, considering the book is just that as well. I also love the side stories as well, cute, brilliant and well done. Beats Aragorn's love stories from LOTR that were pulled out of someone's arse too.

3. Django Unchained - yeah, watching this as soon as it hits the theatres. Love Tarantino, so this should be a fun one

2. Cloud Atlas - belongs as the number 1. It's one of the most fantastic movies I've seen in a while and really gets your brain cells working. I loved my mate's comment after seeing it, when I asked him how it was - "you know when you're constantly asking for a movie that intellectually challenges you, and then you get one and you're like... what the fuck?!". I think I got most of the movie in the theatre, but still planning to watch it again on DVD when it's out, it's definitely one of those movies that deserves more than a single viewing to fully get and appreciate. The fact that they pulled off something of this magnitude alone deserves the world to take it's hat off and bow for a job amazingly done.

1. The Avengers - yes, it was a great movie. No, it most certainly doesn't belong on the first place as the best movie on 2012, especially with Cloud Atlas around. I get your bias though and won't bash you for it Bob, I get that it's amazing to see something you love put to screen well, but again, for a good number of reasons, it just doesn't belong as the number one. Number one summer blockbuster? You bet, best one since Dark Night, but not the best movie.

Avengers the best movie of the year but TDKR isn't even on the list? Yikes. 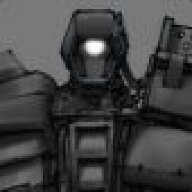 So... No Moonrise Kingdom huh... Otherwise, I will agree with a majority of this list, and the only few I didn't (Lincoln, Cloud Atlas, Paranorman) I probably would agree with had I actually seen them.


Actually, I would like to clarify that I agree with the EXISTENCE of these movies on this list, but not necessarily the order. 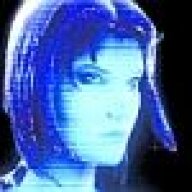 I mean, yeah, it was a fun movie. It was a good vehicle for summertime popcorn calories. But #1? The movie had no spirit, no heart. And no amount of Whedon-esque quipping is going to make up for that. Maybe it deserves some praise for its technical writing achievements, but to say it redefined it's genre is stretching things a tad. I know the Internet atheists love to bash on Prometheus, but at least it gave me something to think about after I left the theater. Avengers was fluff- fun, but it ultimately it didn't stimulate a single brain cell after the credits rolled. And I'm not saying that mindless fun is bad, but seeing as how Bob is usually all about trying to promote the smart movies, it's a little disappointing to see him not give his #1 spot to one of those.
Click to expand...

Oh, I don't know... Avengers is the first superhero comic book anything to work for me since I was a little kid, and the first Whedon thing to work for me ever, period (I've watched them all, I've been "meh" on them all except Dollhouse, which was execrable trash and it was appalling that it got kept when T:SCC got cancelled). Honestly? I've tried reading comics, I've a friend who's rather obsessed with the things, and I find them really, really silly. I've watched some Batman things, I don't recall which-- none were memorable. I watched Thor, I felt like I had to, since it caused so much stir among some Norse Pagans. Godawfully silly. My husband kind of likes comics, but both of us felt like that was two hours we'd never get back.

Then all the adoration among virtually everyone I knew for the Avengers happened-- and none (except that one friend) comics nerds, so I watched it. And LOVED it. (And went on to watch and like Iron Man (both) and Captain America, now that I'd already fallen in love with the characters.) Avengers sold me on the idea that superheroes could actually be something I could like, and that Whedon could make something I would actually want to watch twice. From what I can see, it sold a lot of fellow-disbelievers on comics movies. Did it "stimulate brain cells"? Maybe not, but it did make me care about the characters and want to see a lot more of them, which is all I need from a movie. 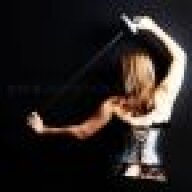 Really looking forward to seeing Cloud Atlas... bit annoyed that it isn't released here in the UK until 22 Feb 2013... Why do they do that?
S