LAG takes a look at the what happens to a character AFTER they're game is over. Be it a characters personality under real world circumstances, they're own rules, or both: it's sure to be an at least amusing experience.

Oh. And the credits... Due to the 5 minute mark I was unable to add them or add one of our hilarious outtakes at the end. So allow me to list off the crew, followed with an apology at the end for some of my faults.

I apologize for the length. I had no idea that the script which read out to about 3 minutes would go beyond 5. I had to trim a few things here and there... and I even had to cut a few of the jokes. Apologies for the acting. By the time we got down to editing, there was just no time to re-shoot the scenes. But a thanks to everyone who watches this and a thanks to everyone who had a part. 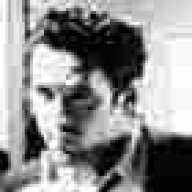 I wanted a good opening and ending anecdote... Unfortunately the time limit prevented that 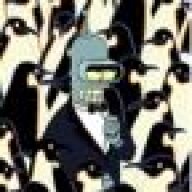 I liked this video, and the concept works very well. I especially liked the way you mixed the video and game footage in Chris's work experience.
D

Ah. Thank you Sedweiler. I too liked the mixed game footage... minus the rock part >_< that was more like the third take and the punches looked alot less realistic because my knuckles were seriously hurting. But I'm very glad another person enjoyed the flick ^_^ once the festival is done I'll see if I can post a collection out outtakes on my youtube page for people to get a feel for how the shooting was.
R

Sedweiler said:
I liked this video, and the concept works very well. I especially liked the way you mixed the video and game footage in Chris's work experience.
Click to expand...