The Escapist spoke to Paul Reiche III, co-founder of Toys for Bob, on how designing monsters for the first edition of D&D led to making Skylanders Trap Team.

As an old timer I find some of the "modern gamers" reactions to Skylanders and similar offerings like Disney Infinity amusing. Mainly because the so closely mirror the previous generation of gamers feelings towards Pokemon. The old timers just could not understand this obsessive kid crack. But to be honest those of us that did venture into the strange world of enslaving small innocent creatures for gladiatorial combat, we found a really really solid series of games. Gotta respect that. Skylanders would seem to be the same. There is solid gaming beneath the gimmick. And honestly back when we were all 9 that gimmick would have been and still is the coolest thing ever.

Heck back in our day can you imagine if someone could have RFID'd our Kenner Star Wars action figures, so you could place them on the stand and play that character inside a game? (Actually even by today's standards that idea seems rather freakin cool! Hey Disney! Million dollar idea here!!!)

I wish i'd just scoffed at Skylanders... I own one model of every character... HELP ME/MY WALLET!

The game itself is just fun, pure and simple, like a Mario Party game with combat arenas. 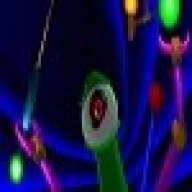 The Skylander series was developed by the same team that developed Star Control 2, the greatest video game ever period. Just thought I'd hop on here and mention that because you know... Geek cred.
V

XX Y XY said:
The Skylander series was developed by the same team that developed Star Control 2, the greatest video game ever period. Just thought I'd hop on here and mention that because you know... Geek cred.
Click to expand...

So they went from making a good game to something that, despite whatever merits it may actually have, is an obvious grab at the wallets of parents and the clear successor to the case of peripheralitis companies like Activision had in the Guitar Hero days?

Good to know no one is immune to making anti-consumer business decisions designed to grab you by the ankles and shake you until the money stops falling out of your pockets.

See, I'm kind of interested in Skylanders, but my main gripe with it is that it is obviously a cash crab. It's DLC, but with a tangible product, and at that, it's day one DLC, because everything's already there, you just have to spend hundreds of dollars to get it all, which was already in the game. They chopped it up for the sake squeezing more money out of people. That's what I don't like about it. It looks like it could be a really fun game, a throw back to the games of my childhood, and yet, it's ridden with so much garbage from the industry that I want to vomit.

It'd be one thing if the base game was dirt cheap, but considering it costs as much as any other game just for the base, and then you have to buy everything else for it, it just...annoying.

Now, if someone could convince me how this isn't the same as day one DLC and how it's somehow justifiable (and I'd actually like you to be able to, please, it looks like a fun game, if it really weren't a cash grab I'd be all over it, so please, don't be shy in proving me dead wrong), I'll give it a shot. 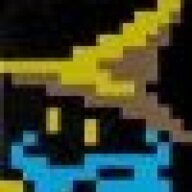 I've looked at the skylanders stuff, and it looks fun but...WH40k, MTG, PC Gaming, Guns and Ammo, TV & Movies, Weeaboo nonsense; I'm short on both time and money these days.

Its good to be shown why the aesthetic of the characters seems so familiar. I wish we had toys this imaginative when I was a kid, even if they are a cash-grab.

OT, I would def try skylanders, but I'd I'm pourinmoney into minifig videogames, its gonna be Disney infinity.
V

It's that whole Maximizing Monetary Potential model that bothers me, a bit like Nintendo (who's planning on getting in on this) with their constant stream of peripherals and add-ons - I'm not surprised this is one of the highest grossing game series ever made. Also, I imagine playing with the figures could be risky since it probably possible to damage the connector base and make the figure unable to be scanned into the game.

If you enjoy things like Warhammer or any other miniature games, collectible card games, etc, then the whole minifigs thing shouldn't be a big deal. Otherwise if you're against it because "evil corporations want money, rawr!" then by all means take everything you own that was developed, shipped and sold by a corporation and give it away or toss it or whatever. All corporations exist to make money, and things like this will continue to exist. I don't believe its something to get up in arms about or rage about greed, cash grabs aren't a bad thing if the things they are selling are entertaining enough for someone to pony up the cash.
What I detest are the people who collect these things solely for their monetary value... I understand the museum type collector, or the person who just gotta have 'em all... the guy/gal/whatever who hoards the rarest of the rare just because its rare and "worth" something... there's no appreciation there except a price tag. And that bothers me a little, it demeans the fun of a toy that kids today love the hell out of.
Growing up my "cash grab" mania manifested in the format of marking out for GI Joe and TMNT action figures... You want to talk collection... I had about every damn GI Joe made, the series that went along with the cartoon and comic (and I still own the Marvel series...).
I realize this is something cool for a new generation and its alright with me. I may not enjoy or really understand it but the basics are similar to what I did growing up. Let the kids mark out and parents spoil the fuck out of their kids... Sigh. Nothing wrong with toys, no matter what format they show up in.

My kids love the skylanders games. They own upwards of 30 of the miniatures, I had no real interest until i realized that it's a continuation of the Spyro The Dragon series, one of two (i assumed) forgotten relics of PS1 era naughtydog(the other being Crash Bandicoot). I had loved Spyro and Crash I that got me more interested in it, it doesn't carry over alot from the original Spyro Games character or mechanics wise, but it's still fun.
Show hidden low quality content
You must log in or register to reply here.
Share:
Facebook Twitter Reddit Pinterest Tumblr WhatsApp Email Link
Top Bottom