The Lowdown on Ravenloft, Scariest D&D Setting of All Time

The Lowdown on Ravenloft, Scariest D&D Setting of All Time

Why is Ravenloft one of the most beloved Dungeons & Dragons settings of all time? Well, let me tell you... 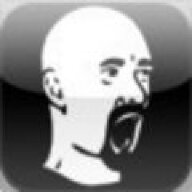 If there's a 5th edition product that could actually get me to commit to the game, it would be a new Ravenloft module; Tomb of Horrors may be more lethal, but Strahd's castle had way more flavour and reason for the PCs to actually be there (especially if, as I did it, you give the players a few chances to go through it, with one random PC being a blood relative of someone from the previous party on a mission of vengeance).
D

I'm the dissenting voice in the public opinion on a lot of things. Ravenloft was one of those. I played in a long-running 2nd edition Ravenloft campaign, and quite bluntly it sucked. The setup of "isolated landscape with pocket godling having total control over it" was a terrible gaming experience. The sessions basically went as follows: mists come up, group is in new area, pocket demigod of the week finds group and they get involved in its schemes as pawns, group barely escapes with its life. Lather, rinse, repeat. There was no illusion of free will, no agency, nothing to be done. And let's not forget, no option to defeat the boss, beyond stopping its schemes. We did manage to kill a few named NPC monsters and demi-lords. so there were little bits of accomplishment there, but overall it was frustrating.

Actually, it wasn't purely Ravenloft's fault. Pretty much everything that came out in the 2nd Edition era (Ravenloft, Planescape, Dark Sun, and most of all the Forgotten Realms) was dictatorial and relied on railroading the PCs to get things done. It's just that Ravenloft was perhaps the most blatant about it. And yes, I am fully aware of the conventions of various horror genres, helplessness being among them. I just don't feel it makes a good tabletop experience. I play games to escape from a reality where the monsters win and I have little option to stand against them, not to embrace it.

With all that being said, I picked up a lot of the Arthaus material for Ravenloft in the 3.0/3.5 era. It made great reference material, and I cheerfully stole from it for other games. Great monsters and crunch, but I wouldn't want to play a campaign there.

Ravenloft was fun, the most experience I ever had with it was that old computer game. I like Dark Sun the best.

Ryan Naylor, one of the old Ravenloft Writers from the 3.0/3.5 days wrote a great three part conversion of the setting into Pathfinder. Check it out if you're interested!

The author also visits the forums at that website and welcomes questions and comments (I think I sold him on Strahd as a Fighter 3/Necromancer 8 / Eldritch Knight 9)
http://www.fraternityofshadows.com/forum/viewforum.php?f=1

Drake Barrow said:
I'm the dissenting voice in the public opinion on a lot of things. Ravenloft was one of those. I played in a long-running 2nd edition Ravenloft campaign, and quite bluntly it sucked. The setup of "isolated landscape with pocket godling having total control over it" was a terrible gaming experience. [...]
Click to expand...

I've always loved the idea of Ravenloft, but couldn't figure out how to base an interesting campaign around it players would actually enjoy, for many of the reasons Drake brought up. I had some success with a plotline where the PCs were transported from the main campaign world to the Ravenloft setting with the goal of surviving and escaping.

I intentionally kept it short - maybe 8 gaming sessions start to finish. For my players, a lot of the appeal of RPGs is empowerment, and Ravenloft's survival horror theme is pretty much the opposite of that.

...aaaaand then I remembered I own the 3rd Edition of Ravenloft. For the first time in five years I looked through my RPG book collection, got Ravenloft and some others out and re-discovered my love for source books.

Even though it's near impossible that I'll assemble a group to play with, I enjoy reading through the lore immensely. Aside from Ravenloft I'm skipping through a fantastic monster compendium for Cthulhu and the 'Demons' rule book.

*sigh* I miss the old World of Darkness.