The Price of Fun

The Price of Fun

It's time for the game industry to accept that the economic climate has changed and lower the price of videogames, already.

Amen to the Australian branch bit. 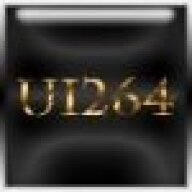 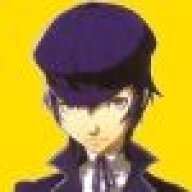 Games are ridiculously expensive over here. What's worse, the prices have been rising for some of the "quality" exclusives. So, I've been seeing $120 games where they used to cap at $100, bar the collectors editions.

Shamus Young said:
The hardcore pay top dollar to play a game on day one, the average customer picks it up a few months later for a bit less, and more thrifty customers will get the game a couple of years later for cheap, just as the sequel is coming out.
Click to expand...

I am a category three here. I think the last item I bought when it came out was Valve's Orange Box. Used to live on used games, at least until EB was bought by Gamestop.

I like picking up group packaged games. One can get some pretty decent titles or get an entire game series for fairly cheap. Steam's Weekend Deals (and specialty deals) are also a bit appealing, as they offer a range of games at a reduced price.

They charge 50-60 bucks for a game simply... because. Whenever I read some interview in a gaming magazine with a Sony or MS rep talking about how "Rising development costs are driving game prices higher," I get really mad. Any first year economic student will tell you that the development cost of software doesn't factor into the selling price. People pay $5 to see a $100 million dollar movie; there is no bean-counter behind the scenes saying they need to sell X tickets for Y dollars to break even. It's a whole different balance sheet.

So when they say next gen games cost more to make thus they are higher priced, that is complete bullshit. They are lying through their lying liar teeth.

Honestly, I think if they priced every game $20-30 they'd sell three times as many. How many people do you know with a mountain of $15-20 DVDs they bought on a whim? If a game didn't represent such an "investment" to the buyer, they would debate a lot less about which ones they buy.

Whether game prices have remained consistent depends on how long a view you're taking. Going by consoles only, I don't recall much of a price change between the switch from cartridges to discs, and in fact they're now charging more for the disks than even the carts with added memory. I guess that's inflation (?), but I think prices should have come down, if anything, and appropriately I refuse to pay $60 for a game. I haven't yet bought a game at full price this whole generation.

On that note, there is some implementation of Shamus' call in the market, but I have to work at it, exploiting sales and checking the weekly fliers for all the stores (Target, Best Buy, formerly Circuit City) for price drops. It's annoying, but I got the Orange Box for $15 a few months ago, so I'm satisfied. Any store that did this as a matter of course would have a loyal customer in me. 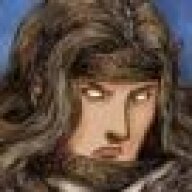 In my country, games does sort of go down in price after a while. Pretty much every game I own have been on sale as used. I bought Final Fantasy XII for 1/3 the price I would have to pay had I bought it as new. Some games I've bought for the full price, but I can't think of any instance where I haven't seen it on sale as used later. I will however note that I mostly buy console games and rarely computer games. 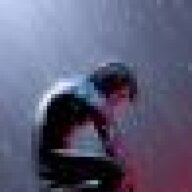 I think what they should do is offer discounts if you buy the game when it first comes out. If you purchase a new DVD the week it comes out, it usually sells for $5-10 less then it's regular price. I don't see why that method couldnt be applied to video games. It would increase initial sales, probably drive up presale numbers for Gamestop type stores, and help the gamers.

I think this would have a better chance of happening than a declining price system for two reasons. One, the game companies want you to buy their game now, not six months down the road. If you are onboard from the start, you are there for all the DLC or expansion packs(also at full price). Not to mention you become part of the marketing. "Hey man check out game x, it's great", etc.

Second, I think it would be hard to regulate when the prices drop. Look at a game like Wii fit. I don't have the numbers but I would venture a guess that it will be doing better sales in month 8 then a game like Gears of War. So do you leave it up to the companys to decide? It's already in their hands, and they don't. The retailers are limited in how much they can slash prices.

It's a fantastic idea in theory, but some people would end up losing money, or fear that they MIGHT lose money somewhere down the line. If living in America has taught me anything it's that alot of solid ideas get crushed 'neath the heel of greed. 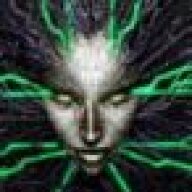 Well, at least for the PC market and in this corner of the world, games can be purchased at discount after a reasonable period of time. Otherwise - well, except by pirating - I couldn't afford the hobby anymore. As a student with about 50? to spare each month, you think thrice if you really want to blow it for a game at release, risking you might end up with some ridiculousy short, bug riddled or otherwise unsatisfying game.

And so the bargain bin, ebay, sales at steam and impulse, gog.com together with mods and the special el cheapo publishers here which sell games a year or two after release for 10? at retail is the real alternative for me to give up gaming or becoming a permanent resident at the pirate bay. And except ebay, I'm still giving good money to the developers/publishers so they are borderline lunatics to not embrace this but driving the more honest people away from the hobby and less honest people to piracy.

And the Australian prices are a blatant ripoff, there is no need to suggercoat that. The prices in Europe are mildly higher then in the US but this is somewhat justified by localization to German, French, Spanish and so on. In Australia they sell the exact same game, in the exact same box for the double amount of money.

I send money home to family in mother Australia so they can buy video games. We have very little in old country Australia.

The prices in Australia are absolutely ridiculous now. Along with the sudden increase of a lot of gaming gadgets.

I can barely afford to buy games now like I once could.
I

" The bargain bin tends to be filled with cheap shovelware, low quality games, awful movie tie-in titles, and "collections" of simple games that can be found for free online. Once in a long while you might spot a hit from a few years ago mixed in with the dross, but all too often it feels like digging for gold in asphalt using a shovel made of your own money. "

Very true; and that's how I discovered Freelancer and Morrowind GOTY.

On the other hand, poor decisions like giving deus ex IW and FEAR a chance made me see that "I will try it before buying it" is a perfectly good excuse
D

Very good article. I don't pirate games - heck, I don't even rip music - but I won't pay the prices for new games, preferring to eke out more from those I already own. When will publishers learn that the law of diminishing marginal returns takes longer to kick in if the price of alternatives remains too high?

Strange thing is I seem to remember Atari 2600 cartridges being around £30-40 new, and yes, that included ET. I don't think console games have really shot up over the past 30 years or so, not if you compare them to most other forms of entertainment.

However, with them nudging £50-60 now, I'm feeling perhaps they're spending too much on cut scenes , licensing , celeb voiceovers and the like, when perhaps they could release them £10 cheaper with lesser known voices etc.

As an Australian, I can tell you you're wrong. No... we pay double the price for an inferior product. We get the water-down, censored bullshit, and the publishers still expect us to pay $AU100.00.

As for the article, I totally agree. There's nothing more I can really say.

As an Australian, I can tell you you're wrong. No... we pay double the price for an inferior product. We get the water-down, censored bullshit, and the publishers still expect us to pay $AU100.00.

As for the article, I totally agree. There's nothing more I can really say.
Click to expand...