The trailer for the first DLC pack for Titanfall, Expedition, shows off the three new maps.

Expedition gives Titanfall fans on Xbox One, PC, and eventually Xbox 360 three new locations: Swampland, Runoff, and War Games. The content pack is the first of three for the new franchise from Respawn Entertainment. Titanfall, the first game for the studio, has stayed at or [a href="http://www.joystiq.com/2014/03/31/infamous-second-son-tops-uk-charts-for-second-week-reaper-of-s/"]near[/a] the top of sales charts since it's March 11th release.

The new content will be available on Xbox One and PC later this month for $9.99 or is included in the $24.99 Season Pass, which will include two more content packs. As [a href="http://www.escapistmagazine.com/news/view/134413-Titanfall-DLC-and-Updates-to-Hit-Xbox-360-Only-After-Xbox-One-PC"]we reported earlier today[/a], the Xbox 360 version will be available in June.

[blockquote]In the wake of the Battle of Demeter, IMC Expeditionary Forces travel deep into Frontier space to recover from their recent defeat. On an uncharted world, the IMC begin construction of a new fleet operations base, using newly acquired water collection and filtration plants to support the new base. When drainage operations reveal ancient ruins and artifacts of an unknown origin in a nearby swamp, Spyglass activates an archaeological team to investigate the site. To maintain battle readiness at the new base, IMC Pilots use simulation pods to train for anticipated Militia raids, based on lessons learned in Angel City and IMC Airbase Sierra.[/blockquote]

Titanfall only offers multiplayer gameplay, so new maps and content are an important component for fans. The game is arguably the first system-seller for Microsoft's Xbox One and adding new content will help to keep the community alive. If the new DLC is well-received by players, it bodes well for the future of Titanfall, which has [a href="http://www.escapistmagazine.com/news/view/133077-Report-Titanfall-2-Publishing-Deal-Struck-Wont-be-Microsoft-Exclusive"]already been confirmed[/a] for a multi-platform sequel.

Ooh, a map pack. That's almost as exciting as a piece of toast.

Mcoffey said:
No new Titans? Pass. I like the game, but I loved Halo Reach and I never bought a single map pack for that either.
Click to expand...

I really doubt you'll get new Titans for a LONG time. Respawn said that just adding one additional Titan could throw the balance out if they weren't careful, and they require a shitload of testing to get that right.

That said they're supposedly adding the ability to customise your Titan. To what end I don't know.

These maps look like a lot of fun. I'm looking forward to them.

While it looks interesting, the severely diminishing playercounts across all platforms has me a little worried that DLC will just shatter the already small community.

Mcoffey said:
No new Titans? Pass. I like the game, but I loved Halo Reach and I never bought a single map pack for that either.
Click to expand...

Honestly, new titans aren't needed. We've got light, medium and heavy. Pretty simple.
New weapons/perks would be nice though.
They should also probably nerf the CAR SMG while they're at it.

That description sounds like they might be adding the maps to the end of the campaign. Which would be cool, even if the campaign was little more than a window dressing.

Titan and pilot customisation, I'll buy. A map pack? Since I have no way of knowing whether I'll even like the maps until after I've bought it... Nah.

Oh, and please can Respawn overhaul the matchmaking system? If one team is outnumbering the other, new players should not be being added to that team. I'd have thought this was obvious, but apparently not. Map voting would also be appreciated, as would the option to mute everyone by default.
E

Even with all the titans and parkor the game still seems less compelling than call of duty, I was bored after 3 days and never went back. The game seems lacking alot in content and value, even if they give away the dlc for free it still feels lacking to me.

the swamp could be very interesting. looking forward to it. play it a lot lately and still having more fun with it then any COD title or BF. 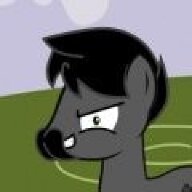 I just had the weirdest yet most appropriate blend of trailer and background advertising: I set the trailer to view in full-screen and as the stealthed Pilot was leaping from tree to tree in Swampland, a grizzled voice in the background was saying "Not yet....here it comes....just a minute....wait for it...." in near perfect sync with the invisible soldier. Turns out it was advertising some kind of brandy but it was still oddly fitting. Anyway....

Cool stuff, only makes me wish harder that I had a Xbox One or decent PC, but it's a shame that it's just three new maps. Granted, I don't know anything about the current state of weapons, maps, Titans and general balance so I can understand if they don't want to go down the COD route and give everyone 10 million kill-streaks.

Also: was that the narrator from the Space Marine trailers?
A

Wow, yeah that what the game needs:
Another brown, grey industrial map and another shiny white map. Devs you do know that we allready got both of those, right?
The swampland is the only one that looks fun, but then again 10 dollars/Euros is a total rippoff, so no thank you.

Nah I'm passing on this, the games become stale now.