Trauma Center: Under the Radar

http://static.gamesradar.com/images/mb//GamesRadar/us/Games/T/Trauma%20Center%20Revolution/Everything%20Else/ART/Finished/0308_trauma_screen01--screenshot_large.jpg
Truth be told, I never wanted to grow up to be an astronaut. Nor did I want to a fireman, police officer, or a doctor. Those jobs can often have really heavy consequences. For every hundred warm bodies that continue to live, I can't say I wouldn't feel far too weighed down by the one that didn't.

However, I always did like the idea. The whole concept of having a direct hand in the helping of others, and the saving of lives. It's a warm feeling, and perhaps one that Trauma Center: Under the Knife captured well for me.

Trauma Center is a surgery game for the Nintendo DS starring Dr. Derek Stiles, a surgeon fresh out of his residence, and into the future of medicine. The game takes place in the near future, with a local hospital helping their patients and Dr. Stiles learning the ropes of how to treat the various patients that come and go. Shortly into the game, Dr. Stiles bumps into a virus unlike anything he's ever seen before, and its visceral nature nearly kills one of his patients. This spirals Dr. Stiles into a world of medicine, fighting against these virii, and saving lives.

If the story sounds a little strange, its because it is. Trauma Center falls into a niche category, and often seems a little strange because no one ever talks or does anything other than the medicine they practice in game. It makes the characters seem flat and one-directional. For the purposes of the narrative, and how selfless the characters appear, it makes for a pretty choppy narrative.

http://gamerscoup.com/Nintendo/DS/screenshots/traumacenter1.jpg
This is worsened by the early points in the game, which treat Dr. Stiles like he's had no practice in surgery before. This is for the players benefit, teaching them what each surgical tool does, and how it's used. It makes the beginning of the game quite slow, at if any surgeries fail, quite repetitive. Once the the player isn't tackling a brand new procedure every mission, it begins to feel a little more natural, rather than having to be going through an in-game tutorial throughout the game.

Although the pacing picks up quickly, and there really is no mercy for the surgeon or patient when operating. The vital sign acts as the health bar, and even working at a breakneck pace and missing no cues, the patients vitals will suffer as a matter of course. It means that as well as juggling all the goings-on in the body during a surgery, the patient's vitals have to be watched. It makes for some odd moments, having the doctor pause excising a tumor in order to inject some stabilizers for the patient. Put simply, this game is challenging. Even knowing how to do the surgery quickly, and getting all of the steps right, there's still that chance for failure. Because so much is going on at any given point, there's a very precarious balancing act going at every moment. It's balanced well, though, because no surgery ever feels impossible.

Part of the reason for this is the slick controls, which are natural for the DS touch screen interface. Aside from some occasional nit-picking the game will do, its easy to learn both precision and speed, a must-have for the game's later levels. It works almost as naturally as it would in person, so it means that most failures are going to be due to human errors, not technical ones. Which is very praising for a game of this sort.

Despite the sporadically absurd story plots, and occasional bit of repetition, Trauma Center is a very intriguing game. There's nothing about it that's particularly stand-out or spectacular, but the end result works astoundingly well when everything is combined.

Bottom Line: Trauma Center: Under the Knife is one of those oddball ideas that comes straight out of left field, but manages to be fun despite that, and that's all a game really needs.

Recommendation: Buy It. It may be unusual, but chances are you'll enjoy yourself.

I've heard the game has a way of stopping you from murdering your patients.

Demented Teddy said:
I've heard the game has a way of stopping you from murdering your patients.
Click to expand...

And that's why I won't get it.

Good review though. If this kind of game appealed to me, this would finalize the deal.

Fans of this game should watch this.
It gets better as it goes on.
http://www.newgrounds.com/portal/view/455919
S

That's pretty much the reason I would buy it. Other than that, i'm uninterested in the game.

Egoraptor is too cool.

That's pretty much the reason I would buy it. Other than that, i'm uninterested in the game. 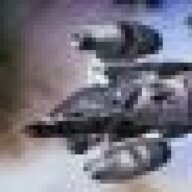 I picked the first Trauma Center up at it's original release. Really enjoyed it. I still feel as if this is the title that utilizes ALL of the tools the DS offers to their greatest affect.

The design of the levels are perfect for a portable game.

One of the last couple of games i've gotten that have actually held my interest to the point that i actually beat the game.

The sequel was kind of a waste, though.

Of course. Someone had to put up a link to the O-face. It's not that I don't mind, but I figured it may happen.