Ubisoft Will no Longer Develop For Xbox 360 And PS3

Ubisoft Will no Longer Develop For Xbox 360 And PS3 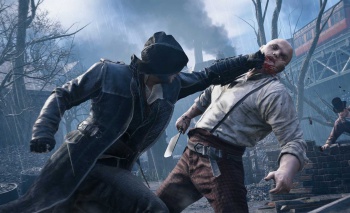 Aside from its casual Just Dance rhythm series, no future Ubisoft games will be released for the PS3 and Xbox 360.

At an earnings call with investors yesterday, publisher Ubisoft announced that it was dropping support for "last-gen" consoles - the Xbox 360 and PS3. With the exception of casual dancing simulator Just Dance, no future Ubisoft titles will appear on the dated platforms.

It explained that it wanted to shift its focus to the "current generation" of consoles, namely, the PS4, Xbox One, and PC, although it did not specifically mention the Wii U, leaving its fate up-in-the-air. Ubisoft previously stated that Watch_Dogs would be the last mature game for Wii U [http://www.eurogamer.net/articles/2014-08-19-ubisoft-watch-dogs-is-the-last-mature-game-planned-for-wii-u], but did confirm that just like the Xbox 360 and PS3, Nintendo's console would still get future iterations of Just Dance.

Last year Ubisoft released two completely separate Assassin's Creed games: Rogue for PS3 and Xbox 360, plus Unity for PS4, Xbox One and PC. This year, it looks like it's just Syndicate [http://www.escapistmagazine.com/news/view/140769-Assassins-Creed-Syndicate-Officially-Revealed], for the PS4, Xbox One and PC.

Had to start happening eventually but I'm surprised it would start with a big AAA guy like Ubisoft. Generally AAA is the last one to leave since there is so much of the market you leave hanging if you go "next-gen" (I suppose current gen now) only.

Can't say that I'm all that surprised since it was bound to happen anyways.

I mean, we are in the second year (I think) of the PS4 and XBone being out in the wild, so it would make sense to stop developing for them and move on to the generation of consoles.

Yeah, it's gonna suck for those that don't have them yet, but that's just the ways things are, sadly.

And lo, the quality of games released for last gen consoles rose greatly from that day forward and all rejoiced!
D

Meh ubi hasn't been in my house for years it seems.

Doesn't Ubisoft have a Wii U game ready to print onto disc right now? Haven't they had that game ready to go since 2013? Anyway, I'm surprised to see the 360 and PS3 have been getting this much support for as long as they've been getting it. I may have to consider upgrading to a PS4 soon but I don't see that being likely in the foreseeable future.

What? Screw you, Ubisoft. You should support the systems I own![small]/sarcasm[/small] Wait a second. I have no interest in Ubi titles, and the two current heavy hitter consoles have been out for almost two years. Eh, carry on.

I doubt anybody's going to be bereaved by the announcement. Glad I get to play Rogue on the PS3 though.

At lease if Ubi is not developing for the WiiU anymore, I won't have anymore buggy games that are exactly the same, that I want to buy. Seriously, Watch_Doges is a worse AC3, and all of their games are as buggy as a Bethesda game, you'd thing with a budget the size of Jupiter, they'd be able to afford to debug shit.

And so did the gaming community rise up and in concerted voice... meh

Although this implies that there aren't any Rayman games in the works, since those easily run on older systems. Which brings the sum total of exciting Ubi projects tooooo... ... hmmm... anyone still interested in Ubisoft Presents: Totally Not Destiny Modern Warfare? 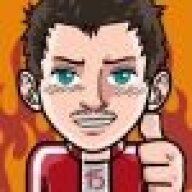 Thank you Ubisoft. Someone needed to start it. Old gen must die

MCerberus said:
And so did the gaming community rise up and in concerted voice... meh

Although this implies that there aren't any Rayman games in the works, since those easily run on older systems. Which brings the sum total of exciting Ubi projects tooooo... ... hmmm... anyone still interested in Ubisoft Presents: Totally Not Destiny Modern Warfare?
Click to expand...

Rayman Legends at least was actually supposed to just be a Wii U game, so they've already shown that they were willing to abandon the Xbox 360 and PS3 (that is until the Wii U sold like shit). I imagine the next Rayman game will be current gen exclusive (sans Wii U).

OT: After Rayman Legends and the disaster that was Watch_Dogs on last gen, I'm unsurprised. Good on you, Ubisoft. You're just as incompetent as ever, but at least that has led to a brave move.

Can we ask them to please stop developing for the PC too?

First Activision with Call of Duty, and now Ubisoft. EA will probably switch over soon enough with their biggest games, but stuff like Fifa will still probably be around for another good few years seeing as they were still making games for the PS2 up until Fifa 14.

Black Ops 3 is still coming to the 360/PS3 from my quick Googling. Am I misunderstanding you here or am I incorrect?

Evil Smurf said:
and all of their games are as buggy as a Bethesda game, you'd thing with a budget the size of Jupiter, they'd be able to afford to debug shit.
Click to expand...

I still laugh at the fact that they bragged about Unity being made by 10 different studios as though it was a selling point...and not a clear indication that the game was going to be an absolute clusterfuck of horrible bugs and disappointment.
L

Shouldn't games be made with some level of scalability so that you can just disable certain thingermajiggers to make it sufficiently run on old hardware?
Last thing I remember from dabbling into programming was that hardcoding is, like, bad.

About time they ditched that ancient generation.

The hardware power of the consoles are already showing their age from a performance level, but developing for last gen is both costly and compromises both features and graphical fidelity because of having to develop for the lowest denominator (in this case last gen).

It's time to move on..seriously.

Black Ops 3 is still coming to the 360/PS3 from my quick Googling. Am I misunderstanding you here or am I incorrect?
Click to expand...

So, maybe? I guess we will wait and see.