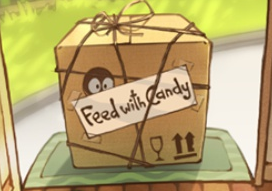 Michael Pachter of Wedbush isn't convinced Chillingo's founders will be easy to replace.

Despite the departure of Chillingo's founders [http://www.escapistmagazine.com/news/view/131038-Chillingo-Founders-Chris-Byatte-Joe-Wee-Quit-EA], the company is in great shape, insists Chillingo COO Ed Rumley. "The departure of Joe and Chris has no direct impact on the business," he says, and there isn't any need to reorganize either.

Rumley admits that things have changed at EA-owned Chillingo since he came on board. "During the latter half of 2012, I recognized our need to reinvent Chillingo," he says. "We had some great successes with games but the service we supplied needed to evolve as the market did."

That meant more freemium titles, and the switch necessitated some changes to Chillingo's corporate culture. Whether or not that shift had something to do with Joe Wee and Chris Byatte's decision to leave is something known only to them.

Chillingo's love affair with freemium is expected to continue into 2014. The company's strategy is to produce fewer titles, and concentrate on monetization. Currently, over 70% of Chillingo's business comes from freemium titles.

Update: Analyst Michael Pachter of Wedbush disagrees with Rumley's assessment. Pachter believes Wee and Byatte are "the glue that holds that organization together," and will be hard to replace, particularly since the Chillingo team is very small.

Pachter thinks cost-cutting at EA is partly to blame for the founders' departure. The ones to leave, at Chillingo and elsewhere [http://www.escapistmagazine.com/news/view/131129-Criterion-Business-As-Usual-After-Departure-of-Founders], "are either victims of cost cutting or are not as enamored of working for a company that is paying attention to costs," Pachter speculates.

"The departure of Joe and Chris has no direct impact on the business,"
Click to expand...

"The departure of Joe and Chris has no direct impact on the business,"
Click to expand...

Personally I think it's a sign that the only work environment EA agrees with is the one they use. Any acquisitions that use otherwise are likely to receive an immediate restructuring despite how well it was working for that company, and that restructuring eventually causes the company to no longer be profitable or effective at their work.

If EA wants to restructure, it's not in the development studios they own - It's the company itself.

Captcha: that will not work

...of course it won't, EA is too ignorant to realize their own internal problems.

Michael Pachter is hardly an oracle. In statistical studies, nearly half of chimps will make the correct decision more than most of the time. Whether his insider sources remain more impressive than his lack of empathy for the gamer in the long term, remains to be seen. I guess he's got about a 55-60% chance of being right, based on past performance.