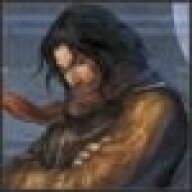 I thought Team Siren were people who like to play as the Siren in Borderlands series, in which case I was going to throw my hat in that ring and be a member of that team.

Yeah that's the only reason I clicked. 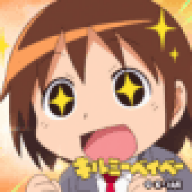 This is kind of my problem with it all. Why should them being women matter in a game that is essentially gender neutral?

I'd almost say it's exploitative given that i'm willing to bet the average age of a LoL player is somewhere near fourteen.
Click to expand...

Almost? It is exploitative. That's the reason why it stomps Anita Sarkeesian's argument regarding feminism and gaming. The sad thing is they're not even good, Dyrus' girlfriend has a better all girl team and she doesn't get the support she needs for her team because they're not taking advantage of being an all girl team.

They say men make up 90 percent of pro teams, not all of them.
That's why I'm fine with it. The breakdown of LoL players by gender can't be that one-sided. Hope they do well enough to actually compete at the top level.
Click to expand...

Why can't it be? Maybe women generally speaking just aren't all that interested in playing in the pro scene?

Siren are not pro players, they have yet to win anything and they make me think of that horrible sports player who's super rich parents paid and bribed to have him put on the team in that one Disney movie who's name I forget.
Click to expand...

Huh? Players by gender won't be 90 percent male and 10 percent female. I wouldn't expect breakdown among pro players to exactly match that of players in general but 90-10 seems off.
So they've not won anything yet, but have they competed as a team in anything?

Aris Khandr said:
The League of Legends community? Angry about something and kind of misogynistic? Say it ain't so! Next thing you'll try to tell me that water is wet!
Click to expand...

LOOK! LOOK OVER THERE! *runs*

I don't think you know what Sarkeesian's arguments are if you think the one harms the other.

WillItWork said:
Yeah that's the only reason I clicked.
Click to expand...

My first thought, too. And you can probably guess from my badges who I play. 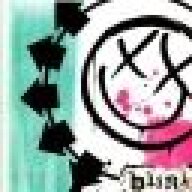 "We live together, play together, this is my dream, this is my everything" *dodgy version of bangarang by Skrillex starts playing*

honestly I find these hilarious

As for the issue with them being girls... Good, if they make it totally over the top "GIRL POWER" kind of thing then maybe the next girl gaming team will stay the hell away from doing something along the same lines. We need people to make mistakes like this so people can laugh at them and not make that mistake again. At least that's how it's supposed to go. 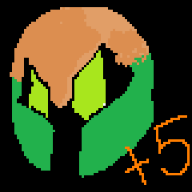 It's girls banding together for the pro circuit in the context of a game with recognized MLG chops. So fucking what? If they're good, they deserve it. If they win and genuinely win a season or even just a single round based on their talent - they deserve it.

Most gamers I know are guys, and most gamers are sedate. It's just freaking sad that you'll always find reactionary types ready to shriek in utter outrage because their precious world views are being challenged.

This is 2013. I'm honestly surprised whenever I realize there's still gamers who feel ill at ease around members of the LGBT scene, girls, guys with an unfortunate case of a high-pitched voice, or good precocious players. As, you know, not every pre-teen is automaically going to turn into a profanity-spewing motormouth... The pro circuit simply *cannot* be understood to be a boys' club. Not anymore, not ever again.
Click to expand...

It's not "girls banding together". See the video. They are clearly abusing their gender to gain controversy and infamy as a "easy way" to earn recognition. Needless to say due to this explosive reaction by the community they are now VERY VERY marketable. Though for the wrong reasons.

They are not "banding together" the video uses statistics like 90% OF THE LOL PRO CIRCUIT ARE MEN. Then the video proceeds to shatter this statistic, shortly after one of the team members saying We're GOING TO CHANGE THE WORLD. What? This is the pinnacle of pretentious behaviour and gender abuse. It's basically saying hey:we are all females, we're different, that's great, we are "special". This is exactly the opposite of gender equality. They are emphasizing the gender INEQUALITY and painting themselves the "lone hero against the hordes", but THIS time, the hero is the women and the hordes are the men. This is not whatever you're speaking of above. Clearly either you haven't seen the whole video or only skimmed through it.


Tell me how this isn't a slide backward in whatever precious misogynistic world view shattering argument we're having now. They CHOSE to differentiate and tag-line themselves by their GENDER. In the world of E-Sports where anything that matter should only be SKILL. They should be shamed and deserve such treatment for their abuse of the "empowered woman" trope and are not advocates for equality, rather, advocates of GENDER INEQUALITY.

Honestly, I was disgusted. Anita Sarkeesian brings awareness and archives tropes, but this? If it's not an outrage, it's blind support of a insane cry in the feminism race against "men".

Tenmar said:
But for now the stupid amount of boasting and the outside marketing to try and ring that "boys club" argument is something I will certainly disprove because it only does harm in the long run for other women. Your gender does not matter when playing video games.
Click to expand...

The bolded part really should be true, though from what I've seen, there's a lot of people who really disagree. Have you heard of Scarlett? She's a transgender Starcraft 2 player, and simply for commentators being respectful and using terms like 'she' and 'her', you should see the hate that gets spilled out. In fact, no you shouldn't see it, because you'd want to smack your head against your desk over people's reactions.

With her there's no major marketing, no 'hey look at me I'm not some guy' - she's actually just a really good player. Doesn't stop idiots from being idiots, hating and making a thing of her gender.

Well the video was kinda obnoxious but hardly worth the typical knee-jerk reaction.

That was the stupidest shit I've ever seen. It was hideously over the top. Guys can't talk about games that way otherwise they look pathetic and obsessive. I find this annoying because I'm almost certain that this isn't them. They probably act completely different to this outside of this fake-ass overblown bullcrap.

They probably still kick ass at LoL, though. Good for them. But based on what I've been hearing the general logical consensus is that we shouldn't treat girl gamers differently...like THIS...they should just be known as gamers to truly accept and not alienate them.

This makes them appear as some kind of twisted, obsessed, soulless freak of nature. The name Siren doesn't really help out, either...

Who knows, maybe if they weren't shown shooting guns and playing chess they'd have a better image.

EDIT: Welp, apparently they're only above-average at LoL. And I just noticed in the video thumbnail, for that one girl "Win Rate: 58%". Assuming this is in normal gameplay, they are over ZERO notability.

The videos terrible and cheesy but I'd love to know at what point they say WOO WE ARE GIRL GAMERS. Apart from you know being female, which they can't quite help.

Seems like a lot of guys are jealous that they are playing competitively.

That said I don't know anything about LOL so the might be freaking terrible in which case they should be made fun of for that, not their gender.
Z

thats a riot promo video , not a Team Siren one me thinks. sucks for them being int hat cheese fest but i guess they get riot sponsorship out of it so you pay the price !

Stating facts and saying you want to change things isn't anything bad.

It seem this guy is being over defensive and reading too much into things.

I'm not a competative person in any way so this video doesn't appeal to me on several levels. I couldn't really say if the content is good/bad/appropriate with regards to the game because I don't play.

However I hate the heavy handed "ALL GIRL TEAM LOLZ" message that is less than subtley inserted. As a society are we really still in the mindset that gender equality means that women have to be raised above men? In the grand scheme of things we should be happy that this exists but I feel drawing this much attention to it only perpetuates the initial problem.

This sense of wonder that accompanies every female gamer is as bad as the attitudes that exclude them in the first place.

The video is shit and they suck as people. "This is bigger than us," I mean, how fucking sad can you get? It's a very obnoxious video so I can't say I feel sorry for them.

So it's an all-girl team.