What Has Nintendo Done Right Lately?

What Has Nintendo Done Right Lately?

Someone needs to tell Nintendo that they're too insular for their own good. That may as well be Yahtzee. 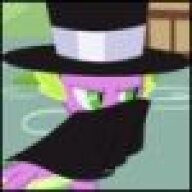 I get what he's saying about Link Between Worlds lacking structure, but that lack of structure gives it an enormous sense of freedom, letting you do what you want at your own pace. Normally you would have been shunted from Point A to Point B by some NPC. The whole game reminds me of the Triforce shard quest form the original Wind Waker. That was the point in that game when you could just sail the ocean and explore it for exploration's sake. Link Between Worlds is a whole game of that.

And here I am daydreaming of an updated Earthbound. I'll never learn.

Completely agree with you Ben. Good luck on the extreme responses to the audacious statement that Nintendo should go with their specialty instead of the money suck the WiiU is going to be over the next three+ years.

A multi-platform brawler (PS4 & Xbox One & Wii U) that gets expansions/roster updates once per year.

I think that a console war without Nintendo would be a very boring console war, maybe its for the best but I still feel like it would be a huge loss. 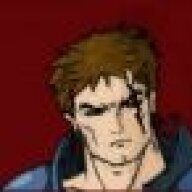 I realize there's likely quite a bit of hyperbole here, but I pretty much disagree with every single point made in the article. Nintendo going the way of a third-party is not the answer. At least not now. If things continue to go very, very badly, then perhaps. But sometimes the right move is to stay the course, not make knee-jerk reactions based on short-term market trends. I believe Nintendo is going to weather the storm, and probably quite well.

As pertaining to Link Between Worlds, whether one likes the structure of the quest regarding quest items, it's still one of the best Zelda games to come out in years. Just because it goes back to the structure of the SNES greats does not mean it is regressive. Indeed, the argument almost reminds me of the dark days when 3D was still new, and if your game wasn't 3D, then it sucked. I thought we were past that, especially with the widespread acceptance of indie titles and great side-scrolling reboots.

Anyway, still a good read, even if I don't take any of the same conclusions away. Maybe I'll be singing a different tune in a few years, who knows.

While I agree that the attempt at an open structure quickly became a lack of structure, ALBW still did some things very right. Sure, it was top-down 2D, but the controls were much more fluid than ALttP. Sure, dungeons didn't mix tools as much as in previous games, but the puzzles were still excellent. The painting mechanic was new and fun, the music was the best it's been since 2003, running at 60fps in 3D while still looking fantastic was quite a technical achievement, and for all the game didn't innovate it was still a refreshing change of pace after so many 3D Zelda games.

What I would love to see is a completely new 3DS Zelda game done in ALBW's engine. Expand on what worked, ditch what didn't. Essentially give this game its own equivalent to Majora's Mask, with a completely new world and new ideas, but using this as a starting point. I'd play the hell out of that.

I recently sold my Wii U and 3DS, I've reached that point where Nintendo leaves me cold. I guess the countless days of the SNES, N64, Gamecube and Wii have taken their toll on me and I found myself in the curious position of both not looking forward to and then not enjoying the recent first party releases. The recent Mario on Wii U and Zelda on 3DS are great examples, when I was playing it I knew I should be adoring it, singing its praises, but I just couldn't be bothered to play it. I feel nothing for the upcoming release of Mario Kart, I always hated Super Smash Bros. so I was never looking forward to that. And scanning the future release list for the 3DS and Wii U I didn't want a single game. So I sold them on to someone who will hopefully find the joy I once found in Nintendo's games.

It's odd but such is life I guess.
G

So what you're saying is that Nintendo should stop making dedicated game consoles, and instead copy Microsoft and Sony by simply making overly expensive low end PC's.

I refuse to accept any notion that Link Between Worlds represents any kind of forward movement from something like, say, Wind Waker. Or even Ocarina of Time, to be more 3DS-relevant.
Click to expand...

Did you really play the game? LBW is the first Zelda in years to actually attempt to move the series forward. The wall walking mechanic is a game changer in the realm of top down 2D Zelda action adventure because it opens up so much in the level design. The equipment renting almost turns the game into open world exploration which is revolutionary for a Zelda game. And yet you bash on it because it ruined your gradual equipment collection that you EXPECTED out of the game. So it defies your expectations but then you criticize it for not changing the experience enough. What in the....

They did EVERYTHING right, and you're acting like they did the complete opposite.

Going back to squeaky top-down grid gameplay is the exact opposite of an elevation.
Click to expand...

Oh...I think I get it now. You just don't like 2D games. You seriously think that 3D is inherently better. Well. Talk about bias.
S

Eh, half-right. The 3DS is a powerhouse, they understand the handheld market and that's a market they should DEFINITELY focus more on. They've proven 4 generations in a row now, that they just don't get what the gamer want in a home console.

N64 stuck with cartridges, which I personally agreed with (I could never stand Playstation loading times), but the masses disagreed with.
GC had that weird-ass controller with the A button taking up half the controller, tiny buttons around it, and a shoulder button which you had to push down about 2 feet for it to register (which for some reason, Nintendo fans still love to this day). To say it lost to the PS2 and XBOX is an understatement.
Wii grabbed the casuals to buy the system....and then those people never bought another game (the attach rate of games to systems were historically low). They made a ton of money, which certainly helps their current situation, but outside of the diehards, that console sell rate didn't do a ton for them.
And now, the Wii U, which is underpowered as a gaming system and non-existent as anything else, which even given a year head start, is being lapped by the other consoles.

If they were to ditch the home console market, focus on handheld and put home-console-style games on other platforms, I think the majority of people would be doing backflips and lining up in droves to buy the games we've been missing for years now, by not having their platform.

So Yahtzee's on the "Nintendo should go third party" side of that whole thing we all saw two weeks ago. That's all I got from this, since I have heard Nintendo has been relying on bad nostalgia since they started with Mario Galaxy 2.

vonSanneck said:
In all seriousness Nintendo need to do a Sega before they fall off the same bridge THQ did.
Btw, ik THQ was a game developer/publisher, not a console maker. Though financial troubles act like viruses: attacking whatever is weak at that point in time.
Click to expand...

That's not going to happen for some time considering the assets Nintendo has. This is more of a recommendation that will get them back to profitability the fastest.

Seriously though. The 3DS is literally the opposite of the words you just said. What is the Vita considered if the 3DS is a powerhouse? 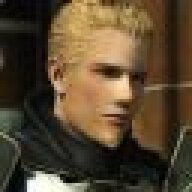 Seriously though. The 3DS is literally the opposite of the words you just said. What is the Vita considered if the 3DS is a powerhouse?
Click to expand...

I think he means it's the money printer for Nintendo right now. Certainly outperforming the Wii U.

Seriously though. The 3DS is literally the opposite of the words you just said. What is the Vita considered if the 3DS is a powerhouse?
Click to expand...

In terms of success the Vita is not a powerhouse, which I think is what he was referring to. Either that or he's severely misinformed.
W

I think what Nintendo really needs to do is open up to other developers rather then go software only (why do people even keep asking for that?). The Wii and Wii U were designed so they themselves could take advantage of it with other developers being very much an afterthought and I dare say they could have been improved if the concept was shown to other developers earlier in the design of the system. Yes, it may mean they have to fight off competition on their own system, but people still want to buy Mario and Zelda games and better to compete on your own system rather then lose to another.

As for their games, Nintendo's always been about keeping the core of a game series intact while advancing with new ideas, but in recent years with Zelda: Link between Worlds and Mario 3D World, their's been less in the way of actual new stuff. Mind you, these aren't really 'core' games in the series (like Mario 64, Sunshine and Galaxy and Zelda: OoT, Windwaker and so on), so we could give them some slack but with little known about the next 'core' games, it's difficult to do that.

Frankly, I think they're focusing too much on the Marios and Zeldas, they need to remember they have plenty of other franchises and the fact the audience is still there, asking for new F-Zeroes, Star Foxes and Metroids constantly as well as new IPs.

As for media, it's always been a nice to have to me rather then a necessity. Sony seems to be across this while Microsoft seem to be covering as many bases as possible and not doing a great job of it.
R

Answer: Everything having to do with the 3DS.