What You Didn't Know About Attack Speed in Diablo 3

What You Didn't Know About Attack Speed in Diablo 3

This article is pretty terrible. If you're getting into number-crunching in D3 there's a lot more factors to consider. For example on-hit effects that obviously trigger more often with higher attack speeds, stats like AP on crit that counteract the higher resource use and, most importantly of all, that not all skills calculate damage per hit the same way. Skills with cool-downs mostly use the total DPS to determine their damage, not the base damage per hit of the weapon. Although there are exceptions to that rule. Anyway, whether you should maximize DPS or damage per hit, depends entirely on what skills your build uses.

I feel the sentiment though, I miss the d20 system, but low number limits don't allow for as much grind, or require insane amounts of grind without the quick payoff. Who wants to spend as much time getting from level 19-20 as an MMO would take going from 60-80? Especially if your character isn't really improving. At least you still have the trickle of 20 levels in between with the MMO system. 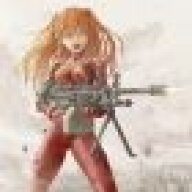 Well, as someone who actually plays D3 here (and similar games such as Path of Exile), I can say this post is actually accurate.

I'm not sure why people have (and probably always will) have difficulty in understanding the concept here. Assuming you are using a resource spending build, which any decent endgame build is, if you are out of resource, your DPS stops. Attack speed accelerates this process because you burn through your resources faster. Often faster than you can generate in the time that it takes you to spend them.

In general, it doesn't matter about on-weapon procs, ability co-efficients or even what spell you are casting. If you have NO RESOURCE to cast ANYTHING your DPS is NULL!! Remove some attack speed and you will likely do less burst damage but more in the long run. Maintaining good, consistent damage in games like D3 is all about normalisation.

It's not a universal stat, that's for sure. My die hard Frost Arrow build on my DH does pretty well with it. My Firebird Wizard however, there'd be no point. I'd be tossing item budget out the window.

Tl;dr The resource systems in D3 are still horrible and keep being the biggest bottleneck to a point where you think you dont actually progress.
V

Good post, as always. But, I was wondering if you could enlighten us (me) on Witch Doctor and pets, since attack speed for those is usually the bread and butter. If you could put some numbers on the table regarding the subject?