Where is John Constantine When We Need Him?

inu-kun said:
I've read the first big ardc mentioned here and frankly that was beyond unreadable, political discussion is fine, this was "England is now a fascist regime who kills gay people and will become a full dictatorship", dear god relax, the right can be in power, England is still around. There was also something about captalists being demons and it's solved with a fart demon or something. Anyways when does it get gud?
Click to expand...

It doesn't get gud unless you're really grokking the themes. I remember loving the initial run's storyline of demonic brokers needing the Tories to stay in power to keep accruing souls for Hell, but that's because I'm cynical by nature. If you're an optimist or someone who's a mite more objective about the way politics and Big Business work, it'll strike you as being excessive.

But hey - that's to be expected, Constantine's a big Punk paean. The short-lived TV series played that down to the point where the title character was just another irascible Brit with some vague ties to a former Punk band. Matt Ryan was really just playing Harry Dresden with an accent, as far as I'm concerned.

So yeah. If the only thing you need is a guy flinging spells at ugly stuff, read Doctor Strange or the Dresden novels and comics.
Click to expand...

I did read a later issue with Constantine curing himself from cancer in the most awesome way ever and the whole thing with his nephew and sister in hell and loved it. The dark imagery, the brutality of the setting, it's awesome and some stuff did work in the first volumes but it got bogged down by the whole commentary. What about volumes 4-8? I see there's Garth Ennis which I heard horrendous good stuff about.
Click to expand...

I figured this all came down to personal taste in the end. That whole article sounded like it was arguing that there was only one reason to enjoy Constantine. I was willing to believe him at first, since he argued that Constantine had no other appeal whatsoever, but clearly other readers here beg to differ. 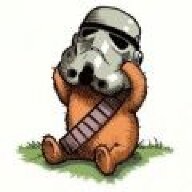 I loved Hellblazer, but it was very much of it time(s), and maybe a little too 'British' to sustain the sort of circulation DC wanted.

There were ups and downs in the writing quality, but John was always such a great character he'd carry you over the wobbly patches, having him age more or less in real time was also a neat trick and one you'd be unlikely to get away with these days

Fanghawk said:
I'm still of the opinion that Books of Magic (the original mini-series) was one of the best Constantine portrayals, and it used all kinds of superhero references. Dr. Fate, Zatanna, and Deadman all made appearances. Mr. E even mentioned a personal meeting with Superman.
Click to expand...

I'll acquiesce to that statement just for the sheer quality of the mini series.
I did get a bit of a nexus of reality feeling from it though, extrapolating the swamp thing connection to explain john's presence, that young timothy was being shown many worlds rather than just one.
It's highly likely that may be an error of interpretation on my part rather than something actually within the story.
Even so, it does stand out as the best integration I can recollect in both method and quality.

As you highlight in the snipped part though, it's an integration that works best if done with subtlety.
Dipping into the edges of each other's "worlds" rather than bursting in through the ceiling.

How is Fables political as fuck? I've read all the 150 issues plus some of the miniseries, but apart from that o n e l i n e where Bigby said he was a big fan of Israel, I don't see anything genuinely political about it. Though maybe I have too narrow a definition about which things are really political.

Yeah, that tracks. When I heard Constantine was going to be in the DCU I...had low expectations. But given his rant against the other magical types in universe I expected a lot more of his interactions with the other heroes to be more visceral. You know, like hating Batman on a level I can barely describe. They'd drive each other insane with rage.