Which PS1 classic RPG to play?

So I'm between jobs and have some time. Which game should I replay: Legend of Legaia, Lunar 2 or Final Fantasy Tactics?

I found Final Fantasy Tactics to be the most enjoyable, but I haven't played very much of Legaia. Apparently it's quite hard and requires some grinding.

Well, based upon what little I know...

I didn't personally enjoy Final Fantasy Tactics that much and a friend of mine didn't recommend the Lunar series, if you get my meaning, so...Legend of Legaia?

I hope you don't mind me making an extra suggestion, but I can't recommend Suikoden 2 enough. The first was... ish. the second was beautiful and fun, and it's probably my fave RPG. It's amazing I only just experienced it last year. It's on the Vita PSN, and maybe the PS3/PS4, I'm not quite sure on that. As for your actual choices... Tactics, I guess?
E


Elvis Starburst said:
I hope you don't mind me making an extra suggestion, but I can't recommend Suikoden 2 enough. The first was... ish. the second was beautiful and fun, and it's probably my fave RPG. It's amazing I only just experienced it last year. It's on the Vita PSN, and maybe the PS3/PS4, I'm not quite sure on that. As for your actual choices... Tactics, I guess?
Click to expand...

DAMN IT! Yes, I have not actually played it, but I watched my friend go through a whole playthrough and it is totally 100% worth it. One of my favorite JRPG villains, a complex story it's just...yes. (Get a guide though, you need to recruit all 108 characters, yes 108, to get the secret ending. It's worth it...and...uh...make sure it's spoiler free. There's a thingie you need to do)

Also no it is not on the PS4. I checked and I am still mad about it.

OT: FF Tactics is the only one I actually know. That one I suppose.

do you prefer gameplay, characters, or narrative? figure that out and you've got your winner.
W

Lunar 2 is the only one I havnt played. Both Legaia and Tactics are worth a playthrough though Tactics will probably give you a much longer game (unless you go all pokemon in Legaia and have to catch all the seru) and tactics has the more interesting story IMO.
L

Legend of Legaia or Lunar1

I remember getting a lot of mileage from Legend of Legaia. It's basically "JRPG: The Game". 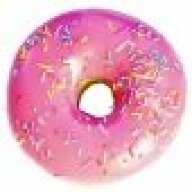 WhiteFangofWar said:
I found Final Fantasy Tactics to be the most enjoyable, but I haven't played very much of Legaia. Apparently it's quite hard and requires some grinding.
Click to expand...

Final Fantasy Tactics is one of the games I've played the most of in my life and not without reason. It has a ridiculous amount of depth, but requires enjoyment of turn-based strategy games.

The complexity in both the combat and the character design (since you can mix/match classes as in other FF games) is unrivaled.

To me, this is, without a doubt, one of the best games ever made and bar-none the best turn-based strategy RPG game. Of. All. Time.

The story is bit juvenile, but I was an adult when I picked it up, so go in with a teenagers mindset and you'll probably be leaving awestruck.

If you've played LUNAR 1, then I definitely recommend LUNAR 2. A better game than the first and just as good of a story to boot. (Also, if you liked Jessica in the first game, wait until you meet Jean. She. Will. Rock you.)

FFT is one of those hidden RPG strategy gems that manages to have a decent story. I can't say anything bad about this.

Legend of Legaia is a good RPG, but I would recommend it only if you like grinding. There are moments in that game where the difficulty ramps up so fast, it's akin to running into a brick wall. Still, a good game, nonetheless.

Final Fantasy Tactics has an amazing story, but is quite hard unless you know what you're doing. It also has (imo) one of the best OST's of any game I have ever played.

Its simple to play but has a huge amount of depth.

Final Fantasy Tactics and Xenogears were my favorites from that era.

Love the music and stories of both. They also try for big ambitious stories (even if Xenogears ends up collapsing in on itself in the 2nd disk)

Grandia was another great one from the era.
S

This thread pretty much proves why the PS1 is one of my all time favorite systems. It had so many really great JRPGs.

Anyway, of the ones you have, I have played Legaia and FFT, though I want to play Lunar 2 at some point.

FFT is a game heavy on strategy, which rewards players with a little patience. The story can be confusing, but really damn good. It's certainly among my all time favorite games and I have beaten it several times over.

Legend of Legaia uses what is probably the best combat system in JRPGs. No options are useless, attacks are unique, and the magic system is pretty good. I'd say that the story is pretty standard for JRPGs, though. In the long run I do still consider it among my favorite JRPGs, though, which is saying a lot.

I'd probably play Lunar 2, since I haven't played it.


Elvis Starburst said:
I hope you don't mind me making an extra suggestion, but I can't recommend Suikoden 2 enough. The first was... ish. the second was beautiful and fun, and it's probably my fave RPG. It's amazing I only just experienced it last year. It's on the Vita PSN, and maybe the PS3/PS4, I'm not quite sure on that. As for your actual choices... Tactics, I guess?
Click to expand...

And I just want to affirm how good Suikoden 2 is. It's seriously among my Top 10 Games of all time. It's that damn good. Though, playing the first wouldn't hurt as several characters return, the story takes place in the same general region, and loading data from the first gets you bonuses, like being able to get the hero from the first game as a member of your battle party.
F

My personal choice of those is Tactics, but I've also sunk hundreds of hours into multiple playthroughs over the last 15 years, and I still love it more than A1 and A2. (Really wish that Vita version had come out on 3ds!) But, it's also a straight strategy game. The Lunars were pretty damn good too, and a more traditional RPG. Legaia was a fun alternative style to an RPG that I really liked, but for some reason I actually found the combat to be more repetative and boring towards the end despite inputying the commands and playing with combos. Sounds backwards, but I really did. All are great choices. Suikoden is also a fantastic recommendation to consider, if you can find it... Or ya know, whatever.