Xbox One Could Be More Powerful Without Kinect

Xbox One Could Be More Powerful Without Kinect 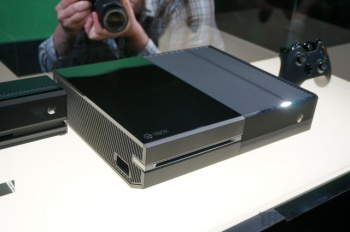 Microsoft's Yusuf Mehdi has confirmed that removing the Kinect could leave the Xbox One with more processing power for games.

Microsoft pleased more than a few potential Xbox owners yesterday when it announced that will be releasing a <a href=http://www.escapistmagazine.com/news/view/134456-Xbox-One-to-Get-Kinect-Free-Version-for-399-in-June>Kinect-less version of the Xbox One this June that will retail for hundred smackeroos less than the current $499 version. That being the case, recent comments from Microsoft executives has indicated that dropping the Kinect could improve more than just the console's price.

According to Yusuf Mehdi, Microsoft's corporate vice president for devices and studios, the reversal of the company's mandatory Kinect policy could potentially lead to the console having more processing power to divert toward games. This boost would come from parts of the Xbox Ones's architecture that, currently, are devoted to running the Kinect. With the Kinect now an optional peripheral, the company is apparently considering new ways to use up the space previously devoted to it.

"We are in discussions with our game publishers about what we might do in this space," said Mehdi. "We will have more to talk about soon."

Despite this, Mehdi also affirmed that Microsoft is very much still devoted to the Kinect and its original vision for the Xbox One. "We remain deeply committed to the Kinect as a core component of a next-generation console," he said. "We think that the bio-metric sign-in, voice controls of the menu, ability to say 'record that' and capture a moment of gameplay are all critical to the experience. We have never wavered from that since the launch."

Suffice it to say we'll be interested to see how strong this commitment remains if the $399 Xbox One sells better than its Kinect-equipped counterpart.

This thing's become the Jar Jar Binks of the console wars.

with this news, i don't think microsoft will take long before they finally drop the whole "xbox one is better with kinect" attitude. the reports for its processing capabilities (or lack of, according to the how watch dogs will run) means they need to use all the power they possibly can to make this gen last as long as they predict.

i won't say they aren't greedy, but so far they have (slowly, i'll admit) listened to feedback about priorities - no/less DRM, no kinect option, no gold sub needed for certain services - and i don't think they'd be stupid enough to ignore a boost to performance when they want this gen to last as long as possible. they could prove me wrong, but i really hope they realise that extra power is probably more important to a lot of gamers than motion controls
D

Then... thats a horrible design flaw to begin with. Not a good idea to sacrifice gaming performance for a peripheral that not a lot of people wanted in the first place. Not that it will make the Xbone that much more powerful, I'm sure plenty have already turned off their devices with minimal difference. If anything games will now likely be on par with PS4 games. Maybe getting their resolution up to 900dpi at best.

I think this may be my last console generation. Unless the PS5 has some super mega exclusives I might just stick to PC gaming... if I still have a job by then... or still be alive... who knows.
B

BWAHAHAHA! This is reaching epic proportions of hilarity.

I'm fucking speechless at this point.

How in the world did they fuck it up so bad? It's been an year, a whole year from the last E3, and while they need to stick to the console's design, just what in the world is going on with their PR? How have they not learned their lesson by now?

Before anyone asks: This would free up CPU time, not GPU time. Expect better AI, not higher resolution or framerate.

This would really kill the Kinect. Now your games actively run better if you don't support it?

It's a stupid, flaky gimmick to begin with, but at least you could ignore it.

They already freed up some allocation previously, though if I remember right, it was a small amount. Still, this baffled me and continues to do so. The shared resources on the 360 was a huge issue for Kinect, so you'd think they would have worked around this. And you can say "maybe they really thought Kinect was that integral" but if people are running into resource issues already I'm pretty sure they either needed a different route or needed to scrap their "vision."

dragongit said:
If anything games will now likely be on par with PS4 games. Maybe getting their resolution up to 900dpi at best.
Click to expand...

Mmm, nope. While it's true that it's likely to free up processing power, it's CPU power that's being freed up and will have little to no bearing on actual rendering performance. In other words, you won't get noticeably higher framerates. This is a marketing ploy to make people think what you just did.
D

dragongit said:
If anything games will now likely be on par with PS4 games. Maybe getting their resolution up to 900dpi at best.
Click to expand...

Mmm, nope. While it's true that it's likely to free up processing power, it's CPU power that's being freed up and will have little to no bearing on actual rendering performance. In other words, you won't get noticeably higher framerates. This is a marketing ploy to make people think what you just did.
Click to expand...

no, I'm aware it's complete and utter BS. but I'm just saying it's not going to be spectacular. we're not getting 1080p like we assumed this generation any time soon. I'm not getting an Xbone and I'm already regretting my PS4 a bit.

If that's the case, I may consider buying an XB1. I never wanted the Kinect, so why would I want it to be included?

To quote Zero Punctuation, "It's like tying your breakfast to a plague rat."

Mehdi also affirmed that Microsoft is very much still devoted to the Kinect and its original vision for the Xbox One
Click to expand...

Well that would be believable if they hadn't already deviated so far from that 'original vision'. Unless he means TV of course.

Does anyone know about this Directx 12, whether it will be an update for the XB1 in the future and if so will it improve the graphics capabilities on the xb1?

Unless Microsoft comes up with a patch that would remove the need for Kinect for early adopters, this is irrelevant. Because game developers will still have to code their games having in mind early adopters with mandatory Kinect.


SonOfVoorhees said:
Does anyone know about this Directx 12, whether it will be an update for the XB1 in the future and if so will it improve the graphics capabilities on the xb1?
Click to expand...

Microsoft claims that Dx12 will double the performance of Xbone GPU. That is a lie, of course. Everyone who knows anything about computer hardware and software can tell you as much. They are simply counting on that lie to spread to a lot of ignorant people in hopes of them never questioning it. Fanboys, mostly. Furthermore, Dx12 seems to be copying Mantle. And if Dx12 can do something, so can Mantle. And Mantle can be used on the PS4. Which means that if Microsoft can boost the power of Xbone (without it bursting into flames), then Sony can do the same with the PS4 only using Mantle, or even a lower level variant of OpenGL API. Whatever happens, there's not even a believable theoretical possibility that the Xbone can ever match the PS4.

This would be an actual screw you to all the Kinect users out there. Since he's only saying 'we'll see' I'm going to put it down to marketing hype. Maybe at some point they'll make a big deal out of some ineffectual change to make the Xbone seem like a better console.


To be fair to them, I don't think the difference in hardware is worth worrying about. To me consoles are meant to be about stability and consistency over pushing polygons, and the Xbox One is totally adequate. It's just they screwed up so bad and so hard it's made every little failure seem so much worse
J

I get what they were going for. Really, I do. In concept, the Kinect could be really cool, and if it worked perfectly, it'd be a great step towards that nifty sci-fi star-trek digital interaction. And hell, we're even getting close with the technology (The kinect 1 was a buggy mess, but the 2's accuracy was almost usable). The problem is that gaming is a precision hobby, 90% of the time. Buttons on a controller are infinitely better than wild gestures for just about everything. This sort of crap only works when it's incidental and practically transparent, rather than a $100 albatross stealing table space. 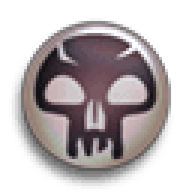 the cinical in me thinks they also are scratching the Kinect because of the supposably supported languages and accents, they couldn't make it work

Wasn't it already known since last year's E3 that part of the processing power was going to the Kinect? I remember reading something along the line of 1/3 of the resources were being used for the Kinect and the TV apps, so wouldn't that make it obvious that without the Kinect the console would be more powerful?

I think the funniest thing is that the Kinect isn't even that bad, it's actually a really cool piece of hardware.

They should never have coupled the damn thing with the XBox to begin with. They should have released it as a stand-alone peripheral with a strong SDK (Software Development Kit) supported on as many platforms as possible and endeavored to create a healthy developer market around it with many apps making use of it's capabilities.

Because the Kinect just isn't that good at games yet, not now, not without further development of itself and in related fields. But at this point it is really good at other things, things you currently only see in crazy YouTube videos and not in the general market.
Show hidden low quality content
You must log in or register to reply here.
Share:
Facebook Twitter Reddit Pinterest Tumblr WhatsApp Email Link
Top Bottom