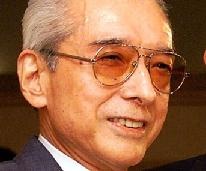 Business magazine Forbes finds that many of Japan's wealthiest individuals come from the game industry.

Topping the list [http://www.forbes.com/business/2008/05/07/japan-wealth-technology-cz-km-japanrichest08_0507intro.html] is Hiroshi Yamuachi, former Chairman of 55 years at Nintendo, with a net worth of $7.8 billion. Since the Wii's launch, Yamauchi's net income has jumped 48 percent to $2.5 billion.

Pachinko kingpin Kunio Busujima, valued at $5.4 billion, claims third place. Sales for his company Sankyo have risen due to fresh products, despite government regulation of the industry.

Konami chief Kagemasa Kozuki returns at number 34 with $790 million after disappearing from the top forty in 2002.

Sega Sammy's Hajime Satomi may be worth $760 million, but that figure is significantly lower than a year ago. Sluggish pachinko and slot machine sales have slammed Sega's stock.

Couple Keiko and Yoichi Erikawa started Koei three decades ago and now collect a combined $720 million. Keiko stands as the only self-made female on the Forbes 40 list.

The increase in value among Japan's richest individuals, up $10.7 billion in the past year, is attributed largely to the strengthening of the yen.