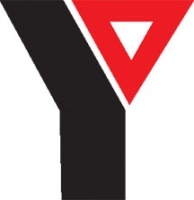 The YMCA [http://www.londony.ca/]in London, Ontario, will soon unveil an "exergaming zone," using videogames to make it even more fun to stay at the Y.

Continuing the new trend of using videogames to promote other activities, the London YMCA has filled the room with gaming systems and flat-screen televisions. Other YMCA organizations in Ontario have used videogames as part of their programs in the past, but London's will be the largest in Canada. Shaun Elliot, Chief Executive at the YMCA, said, "We're letting kids be kids and giving them an opportunity to have fun while they exercise."

Central to the setup is the PlayStation 2 [http://www.cybexintl.com/Products/Trazer/Default.aspx]or "other" consoles and allows riders to control steering, speed and other functions entirely with their body movement. Along with the ATV and snowboard racing games, kids will be able to bring in their own games to play with the bikes.

The exergaming zone is aimed at kids aged 8 to 16. According to a House of Commons [http://www.parl.gc.ca/] health committee report released earlier this year, 26 percent of Canadians aged 2 to 17 are either overweight or obese. While a few parents have expressed reservations about the use of videogames at the Y, the kids are enthusiastic, according to Elliot. "They all wanted to just have fun and not be restricted by rules or have adults coming down on them," he said.