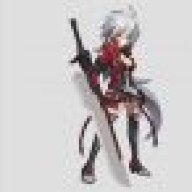 What it says in the title pretty much. What where the best or funniest instances of you succeding per accident or in a funny, not really intended way?

My most recent one was when I was playing SRW OG: Moon Dwellers. The game is basically Fire Emblem with Mechs, so your unit consists of steel giants with swords the size of houses, satellite cannons and laser guns galore.

There is also a joke unit pair, consisting of two small machines with a somewhat human female shape. Their combination attack consisted of doing a live pop concert (complete with dress transforms for the pilots and fans appearing out of nowhere) to destroy the enemy.

Now guess with who I accidentally killed the final boss with.

This was an elder god machine, who used to guide an entire race with their might and knowledge, fused with an ancient warship of their design. And I beat it by basically aggressively playing music it hated. 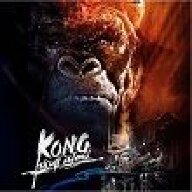 This wasn't so much accident as it was luck, but it still made me go "Wait what?" when it happened so:

This happened in Pillars of Eternity. I won't bore you with talk about game systems, but you do need to know two things: 1) There's a kind of damage, called Raw Damage, that ignores every type of resistance. Very few things can do Raw Damage, but it is immensly powerful. 2) In Pillars of Eternity, everything can score a Critical. It deals either 50% more damage, or it has 50% longer duration (if it deals no damage)

So, I was facing one of the optional bosses, which is a dragon. Dragon have resistances up the wazoo. My party had two Ciphers. Ciphers have a late game power called "Disintegration", which, if it hits (no easy feat against a dragon), deals 240 Raw damage over 15 seconds.

So, the battle begins, and I cast a double Disintegration on the dragon, hoping at least one of them would catch. And huzzah, one of them does! Immediately half my party gets KO'd by the dragon's breath attack. Normally, I'd reload but I figure I'll stick with it. I keep kiting the dragon and trying to think of a way to beat it when suddenly.

It explodes. Just dragon gibblets, everywhere. Victory! Except, I had no stinking clue how. So I look at the log:

That was one of my Ciphers. But Disintegration wouldn't have been enough, so I trudge up the combat log.

Both Ciphers critted the goddam Dragon when they cast at the start of the battle. Not hit, CRIT. So the dragon too 720 Raw Damage over 15 seconds and exploded.

And that's how I won.

I had a couple in Perfect Dark. This one time it was against another player in tournament style game we were playing at the dorms while I was in college. I was setting proxy mines on spawn points (super cheap, but effective... provided you get kills before your enemies do otherwise it can backfire spectacularly.) Because its all on splitscreen my opponents saw me doing it and one of them darted into a corridor I threw a mine into in an attempt to kill me and start me triggering my own mines. He caught up to me right as I got to a door, but we both exploded. My mine had hit and stuck to him instead of falling onto the spawn point I was mining. I respawned... on that empty spawn point by pure chance. The other guy cascaded through 5 spawn points I had mined... giving my team a lead we never lost.

The other one was my roommate and I playing against a team full of sims. I was running through a hall, but got stuck in place under a vent. Looking up I found I was stuck because a sim had jumped down the shaft overhead and had landed on me. So I fired my DY357 one time straight up... and 4 bodies fell from the vent. 4 enemies... a quadkill with a single bullet. Barring damage they may have been suffering already a DY is only a 1 hit kill if it is a headshot. Meaning maybe multiple headshots with that one bullet. 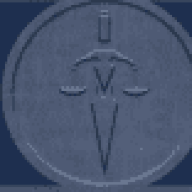 Did something similar recently in black ops ii and got the final kill with it. Wad inside a building trying to throw a grenade outside a window. Well grenade dinged of the window and landed at my feet, so I dive out the window and when the grenade goes off it kills a dude who was sneaking behind me

I really shouldn't be trusted with the explosives...

So I was playing XCOM 2 a year and a half or so ago.

I'm at the final boss fight, and have my grenadier pop her last proximity mine on top of a snakeman, thinking "it's gonna move to get away and it'll die instantly". It didn't move and just got killed later on in the fight by regular old bullets.

Every other wave of enemies came from the opposite side of the arena, meaning that mine was useless.

Finally, the last teleporting boss enemy shows up and mind controls one of my people. I desperately chuck my last grenade at it, hoping it will teleport to a position that I can actually defend myself from. It takes damage fro the 'nade and teleports away as usual.

Suddenly there's a boom noise as the camera shunts to the side for a half-second and the ending cutscene plays and I'm there scratching my head.

Then I realize. The idiot teleported RIGHT ON TOP OF THE MINE. The mine that was on the wrong side of the field and was useless to me.

It was the perfect coincidence to end the game with.

I once many years ago played a match on Madden '93 and my offence never once stepped onto the field.

Somehow I intercepted every play the other team's offence tried and returned them for a touchdown. I've never come close to doing something like that ever again.

Any kind of victory on multiplayer, really.
I also got the achievement for killing 3 enemies with 1 bullet on one of the Nazi Zombies without even trying. 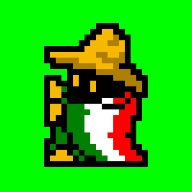 The only turn-based game I've ever beaten is Okage: Shadow King for PS2:

The main character, Ari, is not allowed to be knocked out. Anyone else gets KO'ed, just use a revival item on them, but not Ari. So he should naturally be the one character you spend the most time grinding. Unfortunately, by the final dungeon Ari is woefully under-level. Grinding with my best party would be a bit pointless (enemies target the lowest level first) so I took my weakest party with Ari to grind.

Cue venturing too far and tripping over the final boss.

Kisling the spell caster died 10-20 times. Ari was near death so often the panic and boss music were inseparable. The third character in the party, a tank named Big Bull, spent most the fight using items to revive everyone and occasionally attacking to little effect. Luckily Ari's shadow is possessed by an spirit that will counterattack if Ari's health is low. The spirit probably did more damage than the rest of the party combined. Many, many heal and revive items later the boss and his minions are slowly dispatched one by one.

Later tried that again with my best party. The minions grouped up and ganked Ari. Instant game over.

The one that comes to mind is from Final Fantasy 9. I was at the last boss and the fight had been long and hard and everyone else in my party had been downed and my last member was low on hp. All I had left was Freya, wonderful Freya. She hit her climax attack thing and I was thinking, ok, this gives me time to do some damage then get my people up again. So, Freya is a dragoon and her special attack is she jumps in the air and after a turn she lands and does damage, her climax is like that but she stays in the air and does hit after hit after hit for awhile then lands and normally enemies will go and miss if shes in the air, I found out during the last boss when she did the climax that this doesn't happen, the boss waited for her to come down. Now I'm sure shes doomed since she cant take another hit but on her very last attack she kills it, she kills the boss, bam, game won. srw? Can you explain without the acronym since nobody knows what you're talking aboot?

Had a really powerful sneeze once that made me fart unprovoked at the same time. Due to the dodgy flu-virus status of my body it was dealing with, I consider that a lucky and clean successful getaway

As for games, well most of it's luck really. I have no bloody idea how I win most of the time that winning occurs. Probably just the other person too tired, pissed or distracted to resist sufficiently - and yes AI is people to me too, when it's convenient at least. Nothing sticks out like an imminent victim's hiking thumb so far though, further analysis is required

Souplex said:
srw? Can you explain without the acronym since nobody knows what you're talking aboot?
Click to expand...

"Super Robot Wars", short: SRW. The full name of the game is "Super Robot Wars Original Generation: The Moon Dwellers". Not that important though, the only part one needs to know is that the game is Fire Emblem with Mechs, like I wrote in the OP.
To make a short story even shorter: I killed the last boss of the game with a very weak unit and a joke attack without meaning to.

For further reference:
[youtube]https://www.youtube.com/watch?v=IvYY8VAs_vI[/youtube]
is the attack I was referring to.

Please feel free to ask me anything else should your Google be unavailabe again.

First time clearing X-com, set up right inside the big bad's door. Some dodgy clicks with the terrain and AoE psychic powers leaves most of my team in critical condition turn one.

To balance out the bad luck, my sniper gets a double shot, double crit headshot on the baddie. Didn't even have to fight the mooks.

I remember my very first time playing Dark Souls at a friends' before I had the game myself. I got to the first boss on the bridge, and not knowing about it's tactics yet I decided to fight it on the ground face to face. After a few hits back and forth, the demon jumped back...and off the bridge. As it happens we happened to be standing in the perfect spot and he just happened to jump back a little at just that moment. I had a confused look on my face for a minute or so while my friend beside me laughed his ass off at how lucky I had gotten with that.

I remember picking up the grenade launcher in Left 4 Dead 2, even though I was soloing and it is deeply impractical. I managed to bullseye a smoker in the face with a stray grenade from most the way across the map.
Show hidden low quality content
You must log in or register to reply here.
Share:
Facebook Twitter Reddit Pinterest Tumblr WhatsApp Email Link
Top Bottom