It's funny that the recent reviews were Bioshock and Psychonauts, because that's exactly the two games I've been playing in the last two weeks or so. I got Bioshock on Steam, because otherwise the delivery would take ages, and seen as I've installed Steam for Bioshock anyway, buying Psychonauts as well was a logical step to make.

Current situation: I've finished Psychonauts, but about in the middle of Bioshock. This indicates rather well which of the two games is more immersing and less tedious. The Zero Punctuation reviews have it spot on - there was no criticism, because Psychonauts has almost no weak points, not because the author haven't tried hard enough. I'm an experienced gamer, and in my opinion it almost competes with Planescape: Torment for the title of best game ever made.

As for Bioshock, I'm playing it on hard mode and loading every time I die rather than exploiting the vitachambers, and it's *still* too easy. You would expect at least some ammo shortage or something, but no, there's enough ammo to kill all the Big Daddies several times over. Sigh. Anyway, both reviews were dead on. Thanks for being so accurate.
H

I completely agree. Psychonauts is a great, mesmerizing game. While Raz is a strong character the situation he gets in (The Milkman, anyone) are enough to support the good storyline. Even the enmity with his father gets a minigame. Great review for a great game.
R

Thanks for the nice, accurate review. I played the game quite awhile back- very entertaining.
P

I would agree with the point made about adventure games if they in turn didn't feel like playing a movie. I'd rather play a game or watch a movie then participate in some half-assed attempt at both.

Not that games with good stories are bad, but gameplay should always be the most important thing.
W

I did the pen thing, and it hurt like hell... only when I was informed that it was punishment for not buying Psychonauts did I realize that a grave injustice had been laid upon me. I bought Psychonauts, completed it twice (oddly enough, my keyboard suffered a hardware failure during the "Meat Circus" level both times through), and finally gifted it to my brother so he could also experience what this game had to offer.

But then I realized that for every person just like me there was probably ten idiots wearing "Halo" t-shirts who consider "The Darkening" to be the epitome of storytelling and gameplay who got exactly what they deserved. As I have already remapped my keyboard to compensate for my now maimed left hand I rest easy at night that they'll never be able to throw a grenade in Halo 2 again.

Ouch! But I DID buy Psychonauts!
R

Thank you. Watching this video put me over the edge and I finally decided to get this game. And I really must say thank you. This game is so fun and original you really don't care for the sometimes bad platforming (sometimes it's hard to gauge your jumps and the regular attacks kinda suck cause you can't move when doing them). All the unique characters and the plot just makes it all worth it. And it really is funny. In a smart sort of way not the desperate, low brow sort of way.

So he's right. If you don't get this game you deserve to cripple yourself. I looked through 3 Gamestops before I finally found it and it was worth it.
P

SEX... as in playing it seems to be akin to the aforementioned activity. (bwahaha >;D)
R

Not that you would care much, but i just bought psychonauts. Thx for the review, i was looking for an innovative game to play.
B

TheLostSkeleton, no use complaining to The Escapist if your browser is completely messed up. Works fine in Opera.
A

At the end you if you look really closely in the center it reads "Written by a bottle of cough syrup and". It almost looks like a watermark. What's after the "and" Yahtzee?
R

Gospel which requires preaching.
FPS isn't bad on itself.
Any genre whence grown repetitive, non innovative and caters to dull minded fanatics need be wrangled up and sent back to the shop until something with a touch of creativity comes out.
J

This is now what I send to my friends when I want to convince them to play Psychonauts. I'm glad you did point out some flaws in the game, since I often get too dazzled by the shiny to think clearly -- although one thing you didn't mention was the menu, which was cute and thematic but not very intuitive.

After seeing this review I had to go and look at the rest, which are hilarious and acerbically insightful and pretty much made my day. Here comes the shameless begging: do you think you will ever, ever be able to review Planescape: Torment? I know The Escapist is the one that hands out the assignments, but Torment deserves attention -- and a good, critical eye.

Anyway, thanks for an awesome review, and for the love of god keep going.
A

Dear Yahtzee. You missed a rather HUGE point about characters.

Especially when I have to compare it to even second or third roles found in Grim Fandago.

If you're going to play with that thing for numerous hours, it better has to be nice looking, or interesting. Which he is neither.
T

Great review! just bought it on steam since you gave it a great review and I heard so much good about it.
B

Arbre said:
Dear Yahtzee. You missed a rather HUGE point about characters.

Especially when I have to compare it to even second or third roles found in Grim Fandago.

If you're going to play with that thing for numerous hours, it better has to be nice looking, or interesting. Which he is neither.
Click to expand...

Say WHAT? I thought the concept of wearing an old fashioned aviator hat and goggles was awesome! And I thought criticizing this game was against the law or something...

But I digress- they had an alternate design for the main character, but questions about rendering caused that design to be abandoned.

Yahtzee- this was the first review I ever watched a while back, and he's only gotten better since.
B

"A twitching, Ritalin popping X-Box owner who falls into a narcoleptic coma when they go without killing something for 45 seconds."
Exhibit A: http://www.youtube.com/watch?v=k_-7BdiYkFs

She only plays Pyschonauts for the first hour and bases a review upon that. 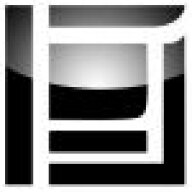 blaupunkt said:
She only plays Pyschonauts for the first hour and bases a review upon that.
Click to expand...

That chick is fucking retarded. Seriously.
B

What actually made me angry for the very first time ever, was the fact that she has 5000+ subscribers with a fair amount of them saying:
"OH BOY I AM SURE GLAD YOU REVIEWED THIS GAME FOR ME I WAS THINKING ABOUT BUYING IT"
That and from another of her "reviews" my favourite quote:
"I actually enjoyed Enter The Matrix"
ENTER THE MATRIX = GOOD
PSYCHONAUTS = BAD
AAARRRGH
B

Damn, this one really makes me guilty for not buying it. Then again, I've lost my interests in third person shooters/explorers over the years (unless they're incredibly atmospheric, thus not being a shooter and in most cases or explorer).
Show hidden low quality content
You must log in or register to reply here.
Share:
Facebook Twitter Reddit Pinterest Tumblr WhatsApp Email Link
Top Bottom