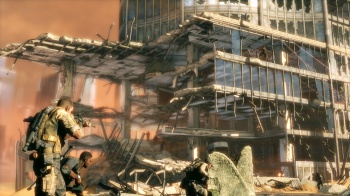 The reason we don't have Brokeback Mountain: The Game is that the technology just isn't ready.

The game industry, perhaps more than any other medium, has some problems with innovation. Sure, every now and then there are unique games that defy classification, but for the most part big-name developers don't like to stray from tried-and-true formulas. 2K Games president Christoph Hartmann sees this, and says that the drought of new ideas will continue until we reach graphical perfection.

Hartmann claims that the problem revolves around empathy, or lack thereof. Speaking in an interview with GamesIndustry, he said that videogames are still inferior to movies in terms of conveying emotions, particularly the ones that drive characters and let the audience connect with the people on the screen.

"Recreating a Mission Impossible experience in gaming is easy; recreating emotions in Brokeback Mountain is going to be tough, or at least very sensitive in this country," Hartmann said. "It will be very hard to create very deep emotions like sadness or love, things that drive the movies. Until games are photorealistic, it'll be very hard to open up to new genres. We can really only focus on action and shooter titles; those are suitable for consoles now."

In essence, it's far easier to identify with characters when they aren't straight from the uncanny valley. "To dramatically change the industry to where we can insert a whole range of emotions, I feel it will only happen when we reach the point that games are photorealistic," Hartmann continued. "Then we will have reached an endpoint and that might be the final console."

Hartmann's argument makes sense in a way, but he seems to confuse story genres (like tragedies or romances) with game genres. We certainly have the technology to make a Citizen Kane video game, but how fun would it be? While we may not have a first-person shooter that works as a romantic comedy, developers like powerful emotions [http://www.escapistmagazine.com/articles/view/editorials/reviews/previews/9713-E3-Preview-Beyond-Two-Souls] (for better or worse) from the Mass Effect trilogy, which had fairly standard cover-based shooting as its core gameplay. Start dusting off your innovation hats, because that graphical plateau may already be here.

Sounds like bullshit to me. An excuse to disregard innovative gameplay for shiny pretty.

Quantic Dream takes your claim 2K and tears it to pieces, there are other games as well that have made me feel genuine emotions, but they're often more filled with action and from several different developers on different platforms

Spec Ops: The Line is an example of an action game as well that have made me feel genuine emotions, maybe not positive emotions, but it was interesting to play a war game that actually made me feel harrowed after playing it 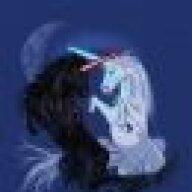 If a cartoon can convey emotion without photo realism, give me one reason a video game can't.

HAHAHAHA I can disprove the "you need photorealism to invoke emotion" in just two letters:

Emotion is invoked through story, not graphics. Most games fail to invoke emotion besides basic "fun" (which, in fairness, is generally enough!) not by any failure of graphics but by failure in the story. 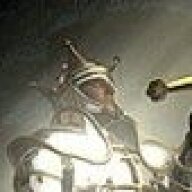 You don't need good visuals to covey emotion or to get players to identify with your characters. How many of you had tears welling up when Aeris died in FF7? You felt the loss that Cloud was experiencing because you identified with him.

Yet most innovation comes from indie games with nowhere near the graphical fidelity of AAA games. There are indie games that convey emotion very well. I'm not seeing the connection.
Captcha: end of story.
C

I have made the same argument, really the industry as a whole will not change much until they reach a plateau where gfx cant get any better, the technology is dirt cheap, and everyone has access to it.

after they get there then they have to really try things like maybe spending a few million on developing decent AI for games, truely interactive worlds, etc.

the odd game here and there that dares to do something really different does not mean that AAA biggies like EA, MS, are going to put much if anything into any really different games, sony is way better in that area.

This article upsets me, or at least what the 2k guy said did.

Why would you think that greater photo-realism is the answer to "how do we generate greater empathy?". Games look more realistic than they ever have, and yet I feel far less engaged with modern characters.

It's a meaningful original storyline that makes us relate to the game, dude, not a pretty picture.

When I hear someone say "Oh, games are as good as we can make them right now til technology gets better" I immediately think: 1. You're lying, 2. You're lazy.

civatrix said:
You don't need good visuals to covey emotion or to get players to identify with your characters. How many of you had tears welling up when Aeris died in FF7? You felt the loss that Cloud was experiencing because you identified with him.
Click to expand...

Wow. This was EXACTLY the story and game I thought of when I was building up my list of reasons this guy is wrong.

Man, The Lord of the Ring was so assanine! The story was fantastic, the actors did a great job, the script was amazing but the graphics sucked and therefore the movie didn't have an emotional impact. If only it were shinier! 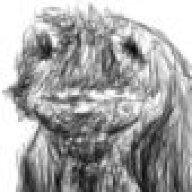 Sounds to me like this guy has no idea what he's talking about. I might be wrong, considering he's the president of 2K, but then again I don't know anything about that studio or any of the games they've made. From the sound of it though, I can guess they specialize in games about shooting people?

Ugh, this guy is an idiot, if you can't be photo realistic then don't try, go cartoon, you can have just as big an impact if not bigger with a toon style.

civatrix said:
You don't need good visuals to covey emotion or to get players to identify with your characters. How many of you had tears welling up when Aeris died in FF7? You felt the loss that Cloud was experiencing because you identified with him.
Click to expand...

FF7 was is mostly about graphics...

I'm just going to have to compare DX and DXHR. DX has very bad graphics and yet it's story upholds as a great game however DXHR had good grapics but a fairly okay if not mediocre story/plot.
V

ThePS1Fan said:
Yet most innovation comes from indie games with nowhere near the graphical fidelity of AAA games. There are indie games that convey emotion very well. I'm not seeing the connection.
Click to expand...

The connection is that this guy has no connection with reality or creativity. It's the usual executive nonsense talk that aims to set goals shareholders can understand (more realistic graphics) than actually convey an idea that's useful.

Bull shit. There's more way to innovate than just by showing emotions. Like the article says, genres in games aren't about the emotions elicited, they're about the mechanics and experience. And even if you wanted better emotions you don't need photorealistic graphics. There are two sides to the uncanny valley and plenty of games have already mastered the unrealistic side. It's a perfectly valid way to portray characters. And there's far more games can already do apart from just shooters and action games. This guy sounds like he isn't even part of the industry.
C

This is bullshit. I've had plenty of games that evoked more emotion and empathy than any piece of cinema could. Oh, and they were all far from photorealistic.

The industry needs to get over its graphics fetish already.

The path to more emotional responses is better graphics I say!

What? Hire better writers? What good would that accomplish?

Honestly, this just sounds like excuses, I'd imagine they just don't want to experiment on Brokeback Mountain: The game (or something of that ilk) because they've no idea how to do it, it could turn out awful and regardless of that, it'd probably sell terribly anyway. Which I suppose is a good enough reason to not do it, just don't try to tell us it's out of your control.


Pyrian said:
HAHAHAHA I can disprove the "you need photorealism to invoke emotion" in just two letters:

Emotion is invoked through story, not graphics. Most games fail to invoke emotion besides basic "fun" (which, in fairness, is generally enough!) not by any failure of graphics but by failure in the story.
Click to expand...

And this definitely proves him wrong. Up probably makes it into my top 5 saddest fictional stories. Another of the top 5 is the Futurama episode Jurassic Bark (Fry's dog), and that's a damned cartoon and my number 1 sad story is the Green Mile, specifically the book (as I read that first, and like most people (read:hipsters) in most of these film/book situations, think the book is better), I can't imagine that my imagination is photorealistic, it's just a vague image of what's going on.