My back and neck... my eyes (haven't gotten checked, yet I can barely read a lecture slide in the first few rows)...

My nerve damage seems to be harder to keep in check through active biofeedback. I might have to look to more extensive medical assistance for dealing with it. Occasionally a breeze feels like freezing ice or burning flames. That either my tolerance for it is decreasing or relative pain is increasing that other people are starting to notice it.

I've had an exciting life, injuries pile on, minor grievances turn into lifelong problems. Youth is wasted on the young. Either that or the young sign checks their middle age can't cover.

Ive got fingers that no longer straighten, an elbow that clicks when it moves and a weak ankle.

Its almost like 10+ years of mma is bad for you.

Vendor-Lazarus said:
I can (and do) drink copious amounts of coca-cola and eat candy and sweets everyday like I was 15 and have been doing it for 15 years.
...
...
I had all my teeth pulled.
Click to expand...

Ezekiel said:
In what asshole of the world did you have to get all your teeth pulled before 35?
Click to expand...

It wasn't really due to the cola and candy. It contributed though.
No, I got handed a set of bad teeth from my fathers father and mother from birth.
They had all their teeth removed in their 30's or 40's and that in turn caused my father to become quite obsessive about dental care.
Which, again, in turn caused my child self to rebel by sloppy or skipping brushing.
That and coupled with my fear of dentists (needles and loss of control) is a recipe for eroding enamel.
My last dental checkup was when I was 15 and my teeth were fine until I was about 25.
It was when I was forced to eat on only one side of the mouth for 3 years, then had excruciating pain in my jaws for 2 years, and 2 teeth "breaking off/falling out" across one year that I felt compelled to try overcoming my dental fear.
Didn't work though (I don't like shrinks either..and a dental shrink? Yeah, no.), so I was put under and had my teeth surgically removed when I was 29-30.
I can still speak (even whistle) and eat most things so I don't really notice it that much.

Occasional sore knees from lugging stacks of PCs around at work. Main injury is a sore left hand as a result of a broken bone from the Jiujitsu club a few years ago. Didn?t even get it doing an actual technique; just some poor judgement during a Q&A with the Shihan that made me look like a total knob

I ended up with a bad knee after I walked into a metal stepstool while carrying cardboard boxes in a retail job. Sharp metal corner caught me right in the meaty part next to the kneecap. That was more than a decade ago and it still causes me problems from time to time.

lacktheknack said:
My IBS is getting better!

...right in time for my back to start giving out!
Click to expand...

How considerate of your back to wait its turn.

I have none, however, I'm very weak and can't lift almost anything, though that is mostly due to lack of exercise & nourishment, I would love to eat more but I can't I hear the body adapts to lower caloric intakes and this must be the consequences of eating once every 3 days from when I was really broke.

I am a national level competing powerlifter in my mid 20s. I am always aching!

I'm 30. I have a slightly damaged knee due to an accident which aches quite often. I can't sit in certain positions for very long because of it. I also have a weak neck and need to be pretty careful with my head's position or lifting heavy stuff. And I have a condition that can make my blood leave my head for a while and make my faint under certain conditions. (Though I have some countermeasures for that.)

My bum has a crack in it.

My body is sore all over every day mainly cause of my job.

Recently I popped a blister in my toe that was going down my foot. It hurt to walk for days.

Also have a lot of scars from growing up.

Common mis conception, consumption of sugar DOES NOT cause Diabetes 9unless the sugar causes you to gain weight), you either suffer from the auto immune type 1 or weight caused / age caused type 2.

Shoulders both of mine are fooked, impingements in both of them with the right being the worse, mostly caused by years overhead lifting at work. Also suffer from pains in my right hip, knee and for some strange reason the second toe on my right foot. All caused by me breaking my leg when I was five and it healing slight off centre combined with being on my feet all day at work.

I can barely lift a milk jug anymore because my hand broke or got fractured when I fell chasing a bus for a work interview.
Click to expand...

I mean to do something about it, as of now, to see if I can get rid of 50 pounds or so for May 2019. So far, I'm trying some cardio and fasting to start things off. Then I'm gonna lift a bit too, once I've adapted to the diet changes (as in, my metabolism starts up again proper). Here's hoping... and doing.

No chronic pain. I do hobble around half the week thanks to my legs being sore from the gym but that's the good kind of hurt.

Pallindromemordnillap said:
I had too many growth spurts too close together during that whole puberty thing, and the stretching has left a lot of my joints not really fitting together properly. My shoulders are the worse for it, and will get dragged out even further simply by the weight of my arms. If I'm not moving them than I have to keep my arms rested on something, or keep my hands in pockets, just something to get a bit of support so all the sinews around my shoulders don't start straining to keep things held together too much.
Also have to try and keep a bit elevated during sleep too, because if I rest on a shoulder too much then it slips out of place and loses circulation, so I wake up in the middle of the night with pins and needles up a whole arm. Or worse, the shift in position and balance from one shoulder unlocking somehow causes the other shoulder to unlock and I wake up with pins and needles up both arms. Those nights are particularly annoying...
Click to expand...

Sorry to hear about this. I'm no doctor but it sounds like you'd benefit from adding a little muscle mass and strengthening those joints. I don't know what special considerations you would have to take into account but I hear something like what you're describing and can only imagine some extra support structure would do you good. 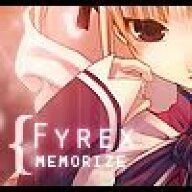 Heel spur that I've had for years and just won't go away, and the only option left to fix it was surgery which is not something I can afford. It's fine so long as I don't have to run. Or stand/walk for more than an hour or so. And I have migraine attacks once or twice a month, which usually lasts a day or two, or in extreme cases four. Thankfully my meds for it have the added effect of making me so sleepy that I tend to sleep through most of it.
P

I have a bit of a cold and it's hurting my spine a little. Ugh...

I was in a serious car crash 4 days ago. Fortunately my injuries amount to a scabby shin and a couple of dozen scratches on one arm. My wife unfortunately faired worse, suffering a minor concussion, a couple of small cracks in her pelvic bones and a severely sprained ankle.

JUMBO PALACE said:
Sorry to hear about this. I'm no doctor but it sounds like you'd benefit from adding a little muscle mass and strengthening those joints. I don't know what special considerations you would have to take into account but I hear something like what you're describing and can only imagine some extra support structure would do you good.
Click to expand...

For the last three years my work has involved digging holes for eight hours a day, the extra muscle I've gained from that hasn't really helped any. Sorry but in this case "Do you even lift, bro" doesn't make for particularly viable medical advice XD
Show hidden low quality content
You must log in or register to reply here.
Share:
Facebook Twitter Reddit Pinterest Tumblr WhatsApp Email Link
Top Bottom