Activison Says You Won't Get Sick of Skylanders

Activison Says You Won't Get Sick of Skylanders 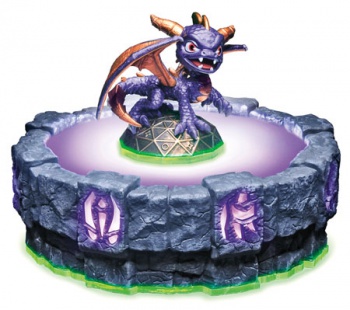 Last year's unexpected hit franchise is here to stay, and it's not slowing down one bit.

With multiple versions of Skylanders already on the market for home consoles, the 3DS, and even smartphones and tablets, you may already be feeling worn out on the franchise. But don't worry, Activision is confident that you're not going to get sick of the lovable Skylanders universe any time soon - even with two new titles on the horizon.

"If this was simply a matter of porting the games, we could risk brand saturation or overexposure," says Activision Mobile VP Greg Canessa. "But I think by creating those complimentary experiences, I like to think of it as more fleshing out of the world and creating different experiences on different devices."

The original Skylanders: Spyro's Adventure debuted last year for the PlayStation 3, Xbox 360, Wii, Nintendo 3DS, and PC. Skylanders Giants hit store shelves last week on those same platforms, with the Wii U iteration set to launch alongside the new console on November 18th.

Skylanders Cloud Patrol is also currently available for iOS and Android devices, and Skylanders Battlegrounds and Skylanders Lost Islands - two new titles for the iPad and iPhone - were recently announced as well. Oh, and let's not forget the Skylanders ebooks and rumored film and/or TV series that Activision claims may happen somewhere down the road.

Activision may have struck gold with the original title, which sold well above even its own expectations, but will the magic last? We likely won't have to wait long to find out.

But will the sequels have more pretty little lumps of plastic that I have spend £20 on too?

I have nephews, thanks to Skylanders Christmas is really expensive

So you've found a sales hit based on expensive plastic ancilliary sales? You've bumped up the release schedule to multiple releases in a single year, with further tie-ine expected. We won't get sick of eh?

Well I have two words for you Activision.

Was about to say Guitar Hero, but then Fix-The-Spade beat me to it.

I miss spyro the dragon whatever happened to him?

So Acti-Bliz found a new cash cow, I guess it is just a matter of time before they milk this one for all it is worth and it becomes just another mountain of plastic in the closet(or landfill)

Let's hope it doesn't spyro out of control.

Too late. I instantly got sick of it the moment Activision opened their damn mouth to brag about it.

Domogo said:
I miss spyro the dragon whatever happened to him?
Click to expand...

Ugg I'm already sick of this, and been sick of it long ago :/

Poor Spyro. Had his name slapped on the first one just to make sure the damn thing sold and now Activision knows they don't need him anymore.

Speak for yourself, activision. My younger sister's skylanders have been collecting dust ever since she finished the game.

When the first version came out, stores couldn't keep the figures on the shelf they were selling so well. Now that the sequel is out, I'm seeing plenty of Skylanders on shelves (including the new ones), it's looking like the stores can't get rid of them.

Based on that, Id guess people are already getting tired of it, but Christmas hasn't happened yet and won't happen for another month, despite what retailers might want us to think.

Isn't that what they said about Guitar Hero right before they ran it into the ground?

Interesting way of saying "yeah, we found another franchise to milk to death, oh and don't tell the devs, we're firing them next year after they ship the next game for a bazillion consoles".

I hate you ActiBlizz. And I'll hate you even more if you do the same to Crash Bandicoot.
R

I'm just gonna pass through by mentioning a Spyro loving child I use to run into just asked "what happened to spyro?" when she first saw those skylanders figures, then shook her head at it.

SupahGamuh said:
Interesting way of saying "yeah, we found another franchise to milk to death, oh and don't tell the devs, we're firing them next year after they ship the next game for a bazillion consoles".
Click to expand...

That would be kind of sad but not entirely bad news. I'm happy Toys For Bob has finally had another hit, but if the publisher does run it into the ground, that would free them up to finally work on a proper sequel to Star Control 2, which they might be able to afford to do now that they've been so successful in the past year. They were talking about it and trying to get support for it, and then suddenly Skylanders happened. 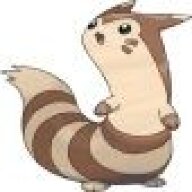 Speaking of overpriced plastic peripherals, How many DJ Heroes did Activision make? I recall that series dying really quick.

Domogo said:
I miss spyro the dragon whatever happened to him?
Click to expand...

I know right? Hell, I was sick of Skylanders as soon as it was announced in the beginning. A toy/figurine-based game that relies moreso on sales of small plastic things than the actual game itself? Then the obvious (and unnecessary) redesign on "Spyro" for it, when the original look he had was a much more eye-catching, kid-friendly and cleaner design?

Yeah... wake me up when there is an actual Spyro game. Hell, besides maybe the first time, you don't see Spyro one bit in commercials for the games now. He's thrown off so they can focus on "fish guy" and "giant fish guy", and the rest.
Show hidden low quality content
You must log in or register to reply here.
Share:
Facebook Twitter Reddit Pinterest Tumblr WhatsApp Email Link
Top Bottom