Well the comment section here is a complete fucking mess. Three seconds in and people are already freaking the fuck out and talking about how X is going to do Y. Any chance we can chill the fuck out?

OT: It seems like an interesting idea, I'll have to see if they can pull it off.

JarinArenos said:
Funny, I came here looking for GG heads to be exploding over whether to laud or loathe the concept. I mean, isn't anti-radical-feminism a big thing for you?
Click to expand...

Hating this game isn't about feminism. It's about ethics in journalism.

But will the actual game be good?

But will the actual game be good?
Click to expand...

This is the question for me. Honestly. It's not that I am against representation in games. In fact, I'm very much for it.

But it seems like many Kickstarter-ers try to use "unique-concept" as a fill-in for "good game" (read: not even necessarily fun, but engaging and thought-provoking).

More power to 'em for trying to make this game. They sound like they are trying to deliver a very high-concept story. Which takes a lot of work. I hope it succeeds on its merits.

Some thing tells me we haven't heard the last of this, not by a long shot. I have a feeling I will be sick of hearing about it soon enough.
N

But will the actual game be good?
Click to expand...

It looks neat. Open world, stealth and such. You can look at the games tumbler to see the different mechanics and some of the bosses. (It has the card board box. ) I am going to hazard a guess that people will end up having the Deus Ex: HR problem where people dislike the bosses for being bosses.
A

Could be interesting, but the smörgåsbord of checkboxes this thing has, combined with the incredibly low funding goal pings the cynic in me.

I mean, super-retro 8-bit look, metroidvania gameplay, giga-minority main character, feminism focus on the storyline. It feels like they're throwing darts at a board in the hopes that they'll target enough niches to make bank well over the actual goal.

But that's my inner cynic talking. Going off the gameplay video, it could very well be a very fun game. But the nigglings I have prevent me from funding it myself.

We'll see where it goes.

I smell a scam. It ticks all the right boxes for the hot topic of the day, and has a low goal so that it would be pretty easy to get the money and run.
J

Ultratwinkie said:
I seen tumblr. Its a septic tank. The vast majority of it is protectionism of "oppression" and trans people threaten their little world.

There is so much hate for transpeople on tumblr its not even funny. I have seen so many TERF blogs on tumblr that it can't even be called a pro-trans site. Hell, the Jewish part of tumblr is under attack by other tumblrites for being outraged over a Nicki Minaj video using Nazi imagery.

No one can say Tumblr is a good place for anything, especially since there is 0 moderation and people do whatever it is they want. Its a mosh pit of people arguing over who is actually privileged to the point that everyone and everything is attacked because its not oppressed enough.

TLDR: Tumblr doesn't fight for any rights. Its a mosh pit of infighting.

Now if you excuse me, I have to go back to tending my mobile oppression palace.
Click to expand...

So you're saying you're ready to take responsibility for the death threats and other various scummyness on #gamergate then? Or did I misunderstand you implying that a movement is defined by its loudest, most controversial fringe? I will state outright that TERFs are some of the biggest assholes on the internet, and I will call them on their BS whenever I see it. I do not go seeking it out, however, and I almost never run across it, despite spending a fair bit of time browsing Tumblr.

Really, though, pick one. Own the fringe or disown it, but you can't define it one way for yourself and the other for people you disagree with. I try to treat people on the basis of how they act themselves, rather than on how some nebulous 'movement' sways. For instance, on the majority of issues outside of the immediate gaming culture, I suspect we'd agree. I decline to name you "enemy" and treat you as such. I simply disagree with most of what you focus on around here. 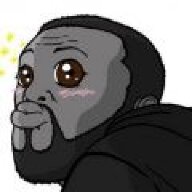 There were some interesting mechanics in there. I haven't seen good 2-D Stealth platformer since Mark of the Ninja, so I definitely wish it the best.

Well, this nice and all, but when are we getting the kickstarter for "Old Man Henderson And The Temple of Hastur"?

Shit hit the fan on comment one, and everyone just keeps dirtying some poor bastard's house.

I like the idea. Granted the genre of the gameplay is limiting, but if they can pull it off it might be a really interesting story. The world it's set in is certainly isn't one that has been done before either (that I know of).

We shouldn't be afraid of making a creative work, even if it is politically motivated, because of possible/inevitable reactions to the work.

FirstNameLastName said:
Some thing tells me we haven't heard the last of this, not by a long shot. I have a feeling I will be sick of hearing about it soon enough.
Click to expand...

We must be long lost siblings of the LastName family.

Aeshi said:
...Yyyyyyyyyeah, this reeks of whatever the Video game equivalent of clickbait is.
Click to expand...

Apparently the Video Game Equivalent of Clickbait looks and plays like a BBS Shareware title from 1989? And not one of the good ones that you remember and still talk about today...

This idea is far too interesting and nuanced not to fail miserably. She used too many words that people don't understand, and it doesn't have an immediately apparent binary opinion on feminism for people to either rally behind or throw rocks at. Trying to get the idea that there are multiple types of feminists drilled through the skull of your average gamer would be a herculean feat.

God, I wish that whole GamerGate malarkey hadn't lowered my opinions of my fellow geeks so much... That whole experience was like finding out that your girlfriend thinks the moon landing was faked. It's like, "wait, you were secretly a fucking idiot this whole time? NOOOOOOOO!" Seriously. Watching the gaming community come out of the bigoted hate-closet and wave their moron flags proudly in the air was just... I'm going to take a while to recover.

But who knows. Maybe this game will be a success and people will play it and it will make them think and they'll be inspired to go read some books and become better people. And maybe my dog will sprout wings and fly into the sunset propelled only by his magical dog poots. 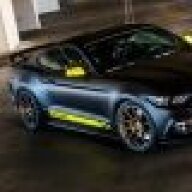 JarinArenos said:
Funny, I came here looking for GG heads to be exploding over whether to laud or loathe the concept. I mean, isn't anti-radical-feminism a big thing for you?
Click to expand...

Hating this game isn't about feminism. It's about ethics in journalism.
Click to expand...

Why would I hate this game?

Can you give me any logical reason for hating this game?

Because all I see is a neat little game, whose main character is a bit different from the rest.

Keep in mind that the people you say will "hate" this game are the same people who supported this.

Not to mention this.

And of cause this.

Geo Da Sponge said:
3. HURR DURR HAVING A PLAYER CHARACTER WHO'S PART OF TWO MINORITIES IS POLITICAL CORRECTNESS GONE MAD, HURR DURR. I swear to fucking God seeing this always pisses me off, because it's such blatant bullshit. Being part of a minority is not like assigning character points, okay? Some people are racial minorities. A certain percentage of that minority will also be parts of other minorities. This is basic maths guys. Bulgarian Turks, or any other racial group, are not somehow incapable of being transgender in this case, or gay, or disabled, or whatever else. It seems weird to me that people don't get this. Oh, and another thing. The city of Plovdiv is IN Bulgaria. You're bitching about a character being a Bulgarian Turk in Bulgaria. "What? Other countries have racial minorities too?! Mind fucking blown, man!"

"Hey, we want to change things up from the classic straight-white-male character. But only a bit at a time, okay? Like a white woman, or a black man. Change too many bits at once and that's going too far, alright?
Click to expand...

Yeah, this attitude has been bemusing me, there are obviously people who are multiple minorities at once so why would it be bad to depict them? If every other character was like that then maybe the 'political correctness gone mad' argument would have some merit but for all the comments about black lesbian bigender disabled furry Siberian mountain goats, I can't think of a single transgender video game protagonist other than this one. Not exactly an avalanche, guys.
Show hidden low quality content
You must log in or register to reply here.
Share:
Facebook Twitter Reddit Pinterest Tumblr WhatsApp Email Link
Top Bottom