That?s kind of what gets me about these stunts. People should be encouraged to donate to charities with there having to be some kind of hook. I mean, sure, it works, but it still seems morally dubious, like ?It sucks that people are dying from this, but what?s in it for me if I donate? I get to post a video on my Facebook profile of me doing this funny dare and people will like my status? I?M IN!?


HardkorSB said:
I just want to say that I've seen a few of these videos because they're constantly popping up on various social media and honestly, I had no idea it was for some charity until this thread said so.
All I've seen were idiots pouring water on themselves and daring others to do it.
No charitable cause was mentioned anywhere.
Click to expand...

Same here. I never even knew what ALS was until someone else mentioned it in the comments.

This is one instance where I have to disagree. I have on several occasions been a dissenting voice both towards social media 'challenges', and internet slacktivism. On the surface, this would appear to fall into both categories. However, everyone (or at least everyone who actually understands what's going on) taking part is raising real money. This isn't just a hashtag can slap on on their twitter or facebook page to feel good about themselves. It raises both money and awareness, and through each participant challenging multiple others, the amount raised is rising exponentially. Also, ALS is a very debilitating illness, and it's a heavy cost to care for each individual who suffers from it, and yet, because it's far from the most widespread illness, this is the first time a lot of people have even heard of it. So, in this case, even the usually tepid 'awareness' side of the movement cannot be discounted (provided, again, that people do it properly and make a point of mentioning ALS in their videos). ALS may not be the most widespread illness in the world, killing the most people, but the people who do suffer from it, and those at risk of it in the future, deserve some time in the spotlight to see what can be done about it.

Certainly, it beats everyone losing their shit about how scary ebola is, but doing nothing so long as it's mainly black people in far-flung parts of the world that are dying.

If you don't want to give to charity or you don't want to get ice-water dumped over you, then I certainly won't think any the less of you and I don't think anyone else should. That's not in the spirit of the movement. However, I'm not gonna have a lot of patience for people smugly flipping everyone else off from the sidelines this time around. For what it's worth, compared to other shit like neknominations which got people hurt and killed, this is about the least offensive challenge craze to date, not really any different than every other stupid internet video you've ever seen, except in that at least something mildly productive might just happen out of it.

Robert Marrs said:
It is really dumb. People dumping water on their heads to avoid donating more money. It still raises money though so I can't complain that much. This is what it takes to get our generation into action. Viral videos and trends.
Click to expand...

This is incorrect. The idea (though I won't pretend that everyone has been doing it properly) is that everyone donates at least some amount of money. The ice bucket challenge is not a kind of forfeit, but rather just a way of publicising the campaign through social media.

EDIT: Apologies, I misread what you wrote. However, as I understand it there's still no strict limit on how much you can and can't give in certain circumstances. People can give however much or little they like, challenge or no challenge.

The Best ALS Video so far has been Kermit's:


But on Topic, if it helps the Cause to fight against ALS, then there's nothing wrong with it. Until the Charity that started the Viral Marketing is shown to be bad itself (Like the Kony 2012 Charity), then we cannot say that the ALS Ice Water Challenge is bad. 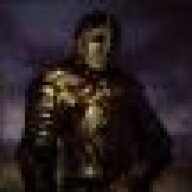 It's funny to me not because it's people punishing themselves, but the fact the people from California are doing it and we have been in a drought for months and has gotten to a point that the government is begging the state to conserve water... Each time I see a ice bucket challenge, I twitch a little.
X

Honestly it makes me glad I have so few friends that nobody challenged me so I don't have to decline it. I don't even like cold showers so there's no way I'm dumping freezing water on myself.

I see it being similar to those charity wrist bands we had years ago. Where they a fashion trendy (like the video) or really were genuine were supporting the charity (where the video originate from)? Either way they both do goes toward charity so it still good (unless you bought those fake wrist bands).

As with the videos, they have been amusing.

Maybe it's getting to Kony 2012 in that it getting aware of a fad but does it actually get them to donate in the end(I mean some yes but everyone)?

My neighbours work me up this morning while doing it....fucking morons.