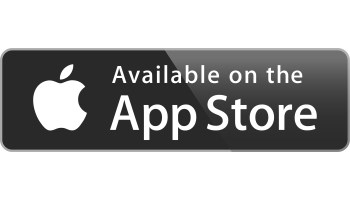 As the fifth anniversary of Apple's App Store approaches, an awful lot of popular games and apps have suddenly become free.

A funny thing happened on the way to the App Store: a whole bunch of apps were suddenly and surprisingly made free. And not the crap that nobody cares about, either; we're talking about things like Infinity Blade II, Tiny Wings HD, Superbrothers: Sword & Sworcery EP, Traktor DJ - I don't know what that is, but it normally goes for $20 - and a whole bunch of other stuff, all totally free.

Why? Nobody knows for sure at this point but the general consensus is that Apple is marking the fifth anniversary of the App Store, which went live on July 10, 2008. Apple has yet to make it official but the apps are cheap, and that's good enough for me. You can check out all the hot, sweet deals on your iThingie or, perhaps more conveniently, at AppShopper.com [http://appshopper.com/prices/].

As a Traktor user on the PC I can't help but feel ripped off it's only $20 on the app store regularly, let alone free.

If Native Instruments stuff was that cheap normally I'd own nearly all of it.

I want to highly recommend The Quest to everyone here. It's like a turn based Elder Scrolls game. Surprisingly in-depth for such an old (comparatively speaking) iOS game. There is a free demo, I'm almost certain. And there are like, 8 or 9 expansions!

I might as well grab one or two things here if they are going cheap or free. Especially since the Steam Summer Sale is still MIA.
W

I assume they're hoping we forget about how iOS 6 turned every G1 iPad near useless. I didn't even know until I tried to download Traktor onto my G1 and discovered that it needed iOS 6 to be installed, which apparently isn't compatible with the first iPad.