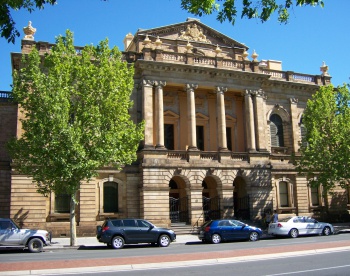 Until today - that's January 1st, 2013, in case you haven't been keeping track - Australia was one of the few developed nations without an 18+ classification for games. Previously, the highest rating available was MA15+, meaning any game not suitable for 15-year-olds was automatically refused classification and ended up either effectively banned from sale, or censored into oblivion à la Left 4 Dead 2.

After Attorney-General and noted anti-gaming demagogue, Michael Atkinson, stepped down in 2010, gaming proponents stepped up their efforts to introduce the much-needed classification. The Federal Parliament passed legislation to introduce the rating, which serves as a rough equivalent of Europe's PEGI 18 category, back in June, 2011.

Under the new law, publishers can submit video games for consideration for the R18+ category, and games that have been refused classification before can be resubmitted, providing at least two years have passed since the original rejection. There is still no equivalent of an "Adults Only" or "X" category, so any games deemed too violent (or, as is often the case, too sexually charged) for the R18+ rating can still end up in the "Refused Classification" ghetto.

According to South Australia's Attorney-General, John Rau, the new category should also prevent publishers from trying to squeeze excessively violent games into the MA15+ rating:

"We've actually achieved a good balance where in effect MA15+ has become more restrictive and games that previously would have been in MA15+ are now going to be sitting in R18+," he told ABC. "It's a win for the gamers who wanted to have the opportunity as adults to purchase these games, but it's also a win for parents because they can be more confident that games that are age-inappropriate will not be available to people under 18."

Congrats to Australia! Hopefully this means you guys can start getting some of the awesome awesome violence and mayhem that the rest of us get to enjoy! Blood! Blood everywhere!!!!!!

...ahem. Maybe I'm getting a bit carried away.

Now once you convince game companies that $120 for new games is atrocious... 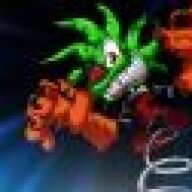 Well-said by John Rau at the end. Sensible move indeed. On the 'good things to happen today' scale, this rates a 7: Worth a celebratory piss-up.
J

well it's about time they caught up with other countries.
not having an Adults Only category is a non-issue though when most companies try to avoid it anyway, I mean when was the last time a successful long-running franchise has been AO classified?

I know those of you out there will prove me wrong somehow and link something but my last line of defence would be that they are the exception to the rule, not the norm..

It's great to hear those across the ditch can finally enjoy what the rest of us have for a while. 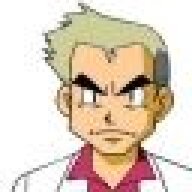 About bloody time.
And with more and more games going on retail shelves for around $80 or less now it finally doesn't suck as much to be an Aussie gamer.

Is it wrong that I felt pleasure when I read the title?
That's great. I hope to see the cute little black sticker on a game box before the end of Februrary.

From my understanding of an article i read 6months or so ago, no ratings will be retroactively changed, with a few exceptions, and it will be up to the publishers of previously banned titles if they will resubmit for classification. That costs them money, so they will have to weigh up whether another bash at a rating will be profitable or not.

Exceptions to retroactive re-classification : If publishers want to resubmit uncensored versions of previously altered games (so they could get the MA15+ rating eg GTAIV and San Andreas). I doubt many would though. The publishers of Syndicate (the new one) stated clearly that they WILL NOT be resubmitting the game for classification to australia so that is out.

I would assume MK9 will be available soon, as i read something about that being resubmitted in january.

No i don't have links to these sources, just things i've read over the last 9 months since the legislature was put through parliament.

well, thats a start. took these idiots long enough.
since i live in australia, i was hoping for a R rating. at least i got my self the uncut version from L4D2 from ebay but good to know that i can get uncut versions now.

but im wondering my self now too what games will get a R label on which originally were 15.

So what exactly is the difference between "Adult Only" and "18+" in a country where 18 is the adult age?

The guidelines for R18+

The impact of material classified R 18+ should not exceed high.

There are virtually no restrictions on the treatment of themes.

Violence is permitted. High impact violence that is, in context, frequently gratuitous, exploitative and offensive to a reasonable adult will not be permitted.

Actual sexual violence is not permitted.

Implied sexual violence that is visually depicted, interactive, not justified by context or related to incentives or rewards is not permitted.

Depictions of actual sexual activity are not permitted.

Depictions of simulated sexual activity may be permitted.

Depictions of simulated sexual activity that are explicit and realistic are not permitted.

There are virtually no restrictions on language.

Drug use is permitted.

Drug use related to incentives and rewards is not permitted.

Interactive illicit or proscribed drug use that is detailed and realistic is not permitted.

Guidelines for what will be refused classification:

Note: Computer games that exceed the R 18+ classification category will be Refused Classification.

Computer games will be refused classification if they include or contain any of the following:

Detailed instruction or promotion in matters of crime or violence.

The promotion or provision of instruction in paedophile activity.

(i) violence with a very high degree of impact which are excessively frequent, prolonged, detailed or repetitive;

(ii) cruelty or realistic violence which are very detailed and which have a very high impact;

Depictions of actual sexual activity are not permitted.

Depictions of simulated sexual activity that are explicit and realistic are not permitted.

Depictions of practices such as bestiality.

Gratuitous, exploitative or offensive depictions of:

(i) activity accompanied by fetishes or practices which are offensive or abhorrent;

(ii) incest fantasies or other fantasies which are offensive or abhorrent.

Detailed instruction in the use of proscribed drugs.

Computer games will also be Refused Classification if they contain:

(i) illicit or proscribed drug use related to incentives or rewards;

(ii) interactive drug use which is detailed and realistic.

Note: Words which are used in the Guidelines but which are not contained in this List of Terms take their usual dictionary meaning. Refer to the latest edition of The Macquarie Dictionary.

Coercion: The use of threat or power to force agreement to sexual activity.

Demean: A depiction or description, directly or indirectly sexual in nature, which debases or appears to debase the person or the character depicted.

Exploitative: Appearing to purposefully debase or abuse for the enjoyment of others, and lacking moral, artistic or other values.

Fetish: An object, an action or a non-sexual part of the body which gives sexual gratification.

Intensity: Strength of the treatment or subject matter; strength of engagement or involvement.

Interactivity: The quality of being interactive. Providing or capable of providing for user participation that enables some measure of control in relation to user action, data input and commands. The user?s participation may influence outcomes that in turn, may affect what options are available to them for subsequent interaction.

Sexual Activity: Matters pertaining to sexual acts, but not limited to sexual intercourse.

Sexual Violence: Sexual assault or aggression, in which the victim does not consent.

Sexualised Violence: Where sex and violence are connected in the story, although sexual violence may not necessarily occur.

Treatment: The way in which material is handled or presented.

So in the long run, it's good we have an R18+ rating now, but... it seems it still might be a little rigid for my liking.

Time will tell i guess.
S

John Rau is attorney-general in South Australia, a state of Australia... not AG for the whole country, i know, nitpicking...

Metalrocks said:
well, thats a start. took these idiots long enough.
since i live in australia, i was hoping for a R rating. at least i got my self the uncut version from L4D2 from ebay but good to know that i can get uncut versions now.

but im wondering my self now too what games will get a R label on which originally were 15.
Click to expand...

You will only be able to get an uncut version if the publishers re-submit the game for classification in it's original form. Doubtful that they will, as most sales of the game would have already been done, and the cost/reward for resubmitting would probably not be worth it.

It's about time but some of the rules to sell them are kinda odd compared to selling other types of media.
The one I don't get is that it can't be displayed next to a non R18 game which is all right to do for dvds and bluerays.
I just don't get it.
Show hidden low quality content
You must log in or register to reply here.
Share:
Facebook Twitter Reddit Pinterest Tumblr WhatsApp Email Link
Top Bottom