I have friends that had to turn down the difficulty, and I think DA2 should have kept the 'normal' from Origins. It really wasn't that hard people, and those of you on the console had it even easier for some reason.

*goes back to play Ninja Gaiden. On the NES. With NO SAVES*
T

CardinalPiggles said:
i want that shield.
Click to expand...

You will get it if you did preorder DA2. http://dragonage.bioware.com/da2/info/order/

On the whole difficulty thing: I played Origins on Normal. I had my hard times, I had places where I got frustrated but I always felt like I would be able to pull it off, if I concentrated on it and played my cards right. And I have to say, in hindsight, it was a bit too hard for normal, so I can understand the often shunned and socalled "dumbing down" now in DA2. I don't know yet which difficulty I will go for. I think I will start with normal and crank it up to Hard later if I don't feel challenged enough.

But, to everyone, whether you play on Casual or on Nightmare, have fun with the game. That's what it's made for.

I think it might be time to do away with "Easy" modes. Just make the "Normal" difficulty easy enough for anyone to beat and build up from there. As is, casual modes are either insultingly easy or pressure people into tougher experiences than they'd like because "Easy" grates their egos. With developers leaning toward this, it's time to cut the foreplay and just do it. They could even leave practice modes for the truly inexperienced. 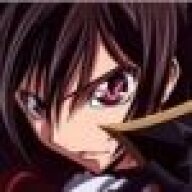 I whole heartedly agree with this decision. For some reason I could not do well on Normal difficulty, as I was dying way too much. Admittedly, this might be because the Tactics system was not nearly as well done as in FFXII and I was playing on console, but I pretty much played on Casual the entire last 2/3rds of the game.

Also, if you think this is a bad decision, you're allowed to have your opinion, but I really don't understand this mentality. The designer explicitly stated, "'Nightmare' is there for absolute ass-handing." In other words, they've lowered the barrier to entry for console and less experienced players (who were shafted last time, with a PC-oriented tactics system and high difficulty, respectively) and maintained the level of difficulty for more experienced players with the Nightmare setting. I fail to see why this is a bad decision, but perhaps someone can enlighten me. 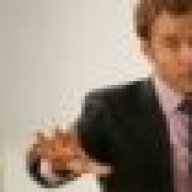 Origins? Hard? I want what that guy's smoking, I did it on nightmare first time and it was piss easy, I ain't even that good at team based RPGs. 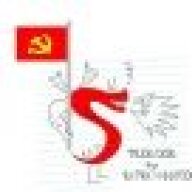 I felt that DA:O on Normal was a tad easy for my Mage. However, that being said, I was reluctant to boost it up to Hard due to the friendly fire aspect. I was a AOE Mage with Storm of the Century and the like so the last thing I wanted to do was to destroy my party with a big spell like that so I left it at Normal. If Normal is going to become casual, then I will definitely need to play it on Hard, regardless of friendly fire.

It wasn't that DA:O was hard, it was that the friendly AI was bad.

Unless, say, I issued a command to my mage to cast a spell every second or two, he would charge into the thick of things and melée with his daggar. If they wanted to make the game turn-based I'd say fine but this particular mix of turn based and real time just wasn't working for me.

If I otherwise had liked the game and the story, I would have switched it to casual to compensate for my retarded party members, but I didn't, so I just quit instead. 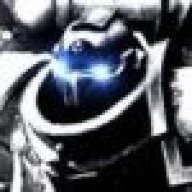 I'm on both sides here - I can easily jump straight into Origins and breeze through on Nightmare difficulty, but found the game a challenge to master. It's taken me a while to really understand the neuances.
I appreciate it when games are challenging, but when you can learn the ropes after a time and develop your skills until you can just generally bum rush them on hardest difficulty.

In conclusion, I think it's not worth griping about difficulty. The combat system has been tweaked significantly that even experienced players of Origins will likely need to bring 2 down to at least Hard whilst they learn how to operate the new game anyway. The only disadvantage I can see is that it'll be relatively easy to adapt swiftly and bulldoze over nightmare mode more quickly than one could learn to do in Origins.
But the same end result has been achieved, and to be frank - if your main reason for buying an RPG is game difficulty you might not be looking in the right area. You've played the story, enjoyed the challenge of learning how to beat the game, and just had fun. That's all the game is there to do. 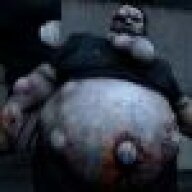 If anything Origins was too easy.
If they've made all the difficulty settings easier, then this is going to be a boring game.

Eh, if I do get the game I'll just use the same tactic I always do for those games. Spam powers, have allies go nuts with the exception of the healer. If that fails, grind, come back, murder, profit. Hey I figured out the mystery step.

Hmm. That answers my question about the new gameplay styles since I watched Angry Joe play the Dragon Age II demo. The new gameplay reminds me of Dynasty Warriors in many ways, but the normal difficulty of Origins being too hard? Honestly, I don't see it.

Maybe because I played Baulder's Gate II a lot, along with KOTOR and Vampire the Masquerade through the years.

Oi, Bioware, explain to me how on the demo you're supposed to kill loads of darkspawn and a ogre when you're level 2 and without a healer!

What i disliked is that a rogue with backstab and evade can beat an ogre 1 on 1 without taking any damage. 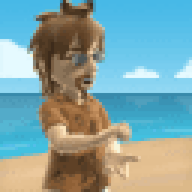 Normal was too hard in Origins? Maybe I should play DA:2 on the highest setting if that is the consensus. One of my biggest complaints with Origins was that it was too easy on the normal difficulty setting..

Stayed on Normal the whole way. I like the challenging combat. It makes death a possible option in nearly every mob, making the combat much more heart pumping, which is why Casual was in a separate category of difficulty. When Dragon Age 2 comes out, I'll play through it a bit, then I'll probably ramp up the difficulty if I feel it's necessary.

I second this. Games should have their easy mode be, you know, EASY! At least their will be a harder mode for people who want a challenge.
Click to expand...

And a nightmare mode for those who feel their asshole would look better perforated <_<..
B

I have to admit I'm going off of full party management for RPGs.

For me it the other characters should be able to handle stuff on their own without a lot of micromanagement. If I were to hire a cleaner I don't want to be hovering over them all the time telling them how to hoover a carpet. I just want them to get on with it.

I'm not saying you shouldn't be able to direct them with specific orders occasionally, but I just find it frustrating to pause every action to get them to do their jobs, when they should already know how to be the world's best warrior/mage/hamster.

And, well... as the hero, I kind of want to be the focus of all the action. I feel less important when I have to spend longer lining up my mage's AoE spells than putting my character into combat.

So yeah, this seems like good news to me.

Namewithheld said:
Now, if they could explain why they made it suck, that would be nice!

Seriously, the Dragon Age 2 demo was so bad that it made me very very sad.
Click to expand...

Now I would not go as far as to say they made it suck but I am a bit worried they might have made a fantasy "Mass Effect". I love ME but I am not sure the mission like levels really work for DA. What I have seen so far is too unlike DA:O for my liking. I am holding off on this game to see what more there is to it.

It is just a demo and if I have the ability to wander about towns still and everything is not just a gantlet like the ME missions then I will pick it up. If not, well I will wait for a discounted game of the year edition in a year and a half.
Show hidden low quality content
You must log in or register to reply here.
Share:
Facebook Twitter Reddit Pinterest Tumblr WhatsApp Email Link
Top Bottom