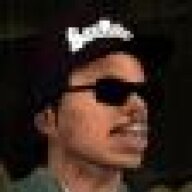 Zombie_Moogle said:
Seriously, at a time when gamers & the industry itself are really starting to question misogyny within the culture, who the hell thought this was a good idea?
Click to expand...

People who don't care about social justice warriors and who just want to enjoy themselves at a party.

I'm completely torn about this situation. I applaud her for standing up for what she believes in. Women should indeed fight for the things they feel they deserve, like anyone should. Seeing women have a more influence in the industry is not a bad thing like some people feel it is. It's like that whole Tropes Vs Women controversy. Everyone was mad because they felt that she was trying to change the game industry. I don't necessarily agree with everything she says, though a lot of it is right on par, in my opinion, but no one can say she wants to see an end to how things are done so much as she wants to see women in games have a more influential roll in how the story unfolds, rather than just being damsels and objects.

But, at the same time it comes off like a little kid throwing a temper tantrum. Women getting paid money to dance and entertain isn't putting the industry back. If anything, her response to the situation sets the industry back. The dancers are not slaves, they aren't made to do anything they don't want to do and they are getting paid (probably pretty well paid) to be there and entertain. People assume that it perpetuates the idea of women as objects, and to some extent that may be true. But the underlying element here is that it's empowering at the same time. They aren't concubines, they aren't forced to have sex with people. The women are paid to be there, look good, dance and be festive. They are actually in the position of power because no one is making them do anything they don't want to do and they can simultaneously have anyone who acts inappropriately towards them removed. But instead of just being dissatisfied with the situation and communicating that, she throws away her career and destroys her influence on the industry. She made herself a martyr in a situation where martyrdom doesn't fix anything.

I often times have debates with friends regarding this. Take the industry of being a female stripper: My one buddy thinks it's disgusting. He doesn't understand why women would demean themselves and would never visit a strip club. I think it's good business. Strippers have a tendency to make really good money. They are in complete power to the extent they tend to have muscular thugs (bouncers) who will eject with much prejudice, anyone who acts inappropriately or in a way they don't want someone to act towards them. While they are sexual objects, the situation is in there favor by leaps and bounds. They utilize there status as a sex symbol to extort large amounts of money from people. I also want to point out that while I am all for women doing this, I don't go to strip clubs because I don't like throwing my money away to have a woman pretend she is interested in me. I also have a girlfriend who I find very attractive and would never jeopardize that for anything. The only reason I bring this up is because the existence of things like strippers is essentially the same conversation as what she is doing.

But, I digress, that is my opinion and I'm sticking to it.

TL;DR: I'm all for her fighting against things she doesn't agree with, but martyrdom in this situation and throwing away her position of power is just childish.

Im going to go with overaction as my input in this I refer to jims quisition about the booth babes I think it applys pretty well.
My problem with this is that there are men there too aren't there is there a problem with people liking skimpy dancers? it seems to me she was just upset because how dare women who dont mind wearing clothes like that and dont mind dancing in front of a crowd show up to their event that they have a panel in about women's jobs.

Just because you don't like something doesnt mean no one else does. Thats how I feel about it

So in a party that happened to be game related some women were hired to do what a lot of dancers are hired to do in most parties of every other kind, but since this is related to games that is apparently the same has hiring a bunch of hookers to "please" the members of the party.

Right... Why did she resigned again?

Uh oh. A topic regarding a sexism related issue on the escapist.

Suit up everyone, it's gonna get messy.


OT: I guess someone in a high profile position as hers takes her job seriously, and wanted the whole thing to remain professional. And instead what she got was some ass and titty shaking. Oh it was a party? I guess that makes this all acceptable then?

Can't say I understand this situation entirely. But her reaction to it is clear.

Criticize her if you wish, but at the very least; she's doing what she felt she needed to do. And hey, I respect that.

Baresark said:
TL;DR: I'm all for her fighting against things she doesn't agree with, but martyrdom in this situation and throwing away her position of power is just childish.
Click to expand...

That was quick. I figured it was only a matter of time before someone had something smug to say, but one sentence is very disappointing. It's completely flawed reasoning to remove herself from her position of substantial power just because of some dancers. And her overreaction, even one based off of principles, does not forward her cause in any way. She could have complained after the fact and gotten the rules changed, maybe enlightened people about something she did not agree with. Now she has made a move that is more divisive than anything else. We should all applaud her on her principles, but she gets negative points on her pride. She is literally crying over spilled milk, which by definition is expressing vain regret over that which cannot be changed or undone. Essentially, she could not change this party, but she could change the next one and all others after that. She still might, but she threw a tantrum and threw away her position of influence when that didn't need to happen. I don't disagree with her gripe, but I disagree with how she handled it.

Edit: What I'm saying may change based on more information. But right now that is what the situation reads as.

Man, i really think both sides of this are just being a bit dumb, honestly. When i first heard the story i thought they had full-on strippers in the party, but it just looks like a couple of girls dancing on stage in a comic-con outfit. Hardly worth throwing your entire career away on. However, it really should not have been planned to have female dancers to begin with. Maybe when the industry and audience isn't jumping at every chance it can get to throw around the word "sexism", but now isnt the time. Have a band play on stage, instead. Get some up-and-coming music group to come in and play songs from out favorite games, but don't bring in female dancers. It's all very simple, video game industry, just stop being stupid.

What is it about video game development that makes people loose all sense of professionalism? If you are professional people, representing a mule-cultural/multi-ethic/muli-gender company you don't hire scantily clad female dancers.
X

Looks like someone was on the rag. *Cue cheesy 70s laughtrack*

Yeah, had to go there. I'm sick of all of these extreme rage-quits people have been making as of late. Instead of "OMG I AM QUITTING" she could have made the changes necessary to make sure this sort of bad decision didn't happen again, or make a respectful and professional public statement, such as:

"I am deeply saddened and disappointed by the spectacle of last night's party. I will do everything possible to ensure this does not happen again, just as my fellow chair-members will do the same. We do not believe this sort of objectification is acceptable in a maturing industry, but old habits die hard."

"There is no way we can ignore three decades of ugly misogyny in the industry, or turn it around instantly. Mistakes will be made. All of us, from managers, to event organizers, to the workers on the floor all must be more aware and step up to deal with these issues."

Louzerman102 said:
What is it about video game development that makes people loose all sense of professionalism? If you are professional people, representing a mule-cultural/multi-ethic/muli-gender company you don't hire scantily clad female dancers.
Click to expand...

Except even with the update we still don't know if the nightclub in question simply managed the event on their own or was it actually the IGDA staff that setup the parameters of the party.

I'm sorry but going to college in a very nightclub based town there are quite a few people men and women that have jobs as dancers to entertain. I really don't understand why professionalism has to follow you 24/7 now moreso than an actual police officer when one is participating in a form of leisure at a venue that is meant to be about partying.
Click to expand...

I'm not trying to discuss whether being professional 100% of the time is good or bad. Personally I'm not professional and would hate any job that requires me to be. I'm stating this event reflects poorly on the IGDA and someone should have been involved enough to see this coming. I'm going to give IGDA the benefit of the doubt here and say that the club organized the event (I'm probably wrong in this assumption) yet this still means IGDA screwed up by not being involved in the planning of a party that had their name associated with it.

Edit: I should add, any office party/ officially sponsored party is boring and should be boring. Anything that is fun and enjoyable at a party is ether illegal/immoral/offensive/excessive/or useable as blackmail because society frowns upon it. 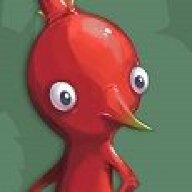 Over-react much? It's a party. They're adults.

mehh...to be honest, not enough details on if it was a party that was FUNDED by the GDC, or if it was just a night club by the conference that everyone went to.

if it was the former, then yeah, that was in a bit of bad taste, they should've hired ones that cosplayed a bit (both male and female) and that probably would've been sufficient, but eh, this feels like making a "mountain out of a molehill" incident with resigning your job over this. she could have shown her discomfort through other means.