the only reason i heard of this game was because a friend basically sent me an invite..
it was quite a fun game for a bit shame it died 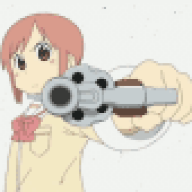 Add me to the list of those who would have played it if they had heard of it. I'm not normally one for MMO's but this game looks fascinating.

Ah, yes, I remeber this game.
Mostly due to the trailer giving me nightmares.
I guess I just ended up forgeting about it because I never got the chance to play it.
Damn shame.

that's kinda sad. i would have at least looked at it, had i known about it's existence. blame insufficient PR.

When I saw the older article about it going back into beta I remembered it and thought to myself "Holy shit why did we never hear about this again?". I would have love to have tried it, but I guess I'm not going to get that chance now. Kills me to think the devs are probably kicking themselves right now as the internet responds to the closure with a loud "What? We've never heard of this game before."

-EDIT-
Damn, they've shut down sign ups as well. Was hoping that maybe if they had a sudden huge influx of members they'd rethink the shutdown. Hell, knowing it would stay open till Dec 9th made me want to at very least see what they had made.

Jikuu said:
I play this (same name on Glitch). I can agree with many folks that it was probably not advertised enough. I found out through a friend about 2 months ago, and that was because she finally got her beta invite through the mail. The beta label just dropped off maybe a month ago. It's also not a very Googleable name. One of the staff also said that the game cost a half million a month to run, and it was a free-to-play game that offered the ability to buy credits and subscriptions. It also got a bit of crap for being Flash-based.

It's a fun game. You grow trees, mine, explore, fish, build furniture and towers, and fight off a giant bird that wishes to unmake imagination by meditating and throwing stuff into a shrine. Definitely different, and the community was pleasant (although they were ruthless with anyone who confessed to being under 14 due to the TOS). I really hope that Tiny Speck gets a new project soon, and maybe someday we'll see Glitch in another form again.
Click to expand...

That sounds fun
What was the actual gameplay like? Interface, controls, etc.

can someone who has an account send me an invite so i can play this for a few weeks? They locked out new users unless they are invited from other players

I'm sad to hear this, but I'd likely be even sadder had I known about this game at all before today. I'm probably more on top of the gaming world than most people, even fellow gamers, and I had never heard about this game. Well, I might have heard of it in passing, but nothing that stuck in my memory. Rather than a failure of the game itself, it seems to be a failure of PR.

Me and a few friends have been actively LOOKING for MMOs recently and we've never heard of it...
Which is a shame because we would have tried it out if signups were still going.

Having a little-known game closing because of lack of players always reminds me of Faxion... and Faxion was one of the better MMOs I've ever played :/

I played it for a bit, then it went back into beta... or something. So I figured I'd come back when it would launch in proper. Except, I must've completely missed the announcement.

But like others have said, I'm not even sure how they were ever hoping for this to be a success without any real marketing, I only heard from this through a friend, who is an industry insider herself. Without her I'd never have heard of Glitch until today. A shame, but one that easily could've been avoided if they had thrown some money into marking the game, even blasted Facebook ads if need be.

I'd literally never heard of this game before this moment, which I'm guessing is part of the problem.

I'm generally sorry to see creative projects by passionate people fail, though. Especially when it doesn't sound like they failed on lack of merit.
M

+1 person wondering if they ever heard about this game. I'm sad they're losing their world!

twaddle said:
can someone who has an account send me an invite so i can play this for a few weeks? They locked out new users unless they are invited from other players
Click to expand...

Callate said:
I'd literally never heard of this game before this moment, which I'm guessing is part of the problem.

I'm generally sorry to see creative projects by passionate people fail, though. Especially when it doesn't sound like they failed on lack of merit.
Click to expand...

They cite lack of users for their failure, but require an invite to join the game.

I think I see what their problem is.

Like many here, never heard of it before the shutdown notice. Having a totally un-googleable name also helped, I suppose..

Honestly? I've never even heard about it. Still, it's a shame to see a game die.

Dunno why everyone says the name is ungoogleable. It's the top result for "glitch mmo" "glitch computer game", "glitch game", "game glitch" and for now even "glitch". Probably as a result of the closure announcement, but it would have been on the first couple of pages of results beforehand.

That's sad.. I woulda played this if they'd advertised it better. 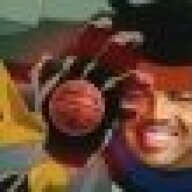 I'd rate it generously 1 star out of 5 simply because of art style and sound. The game itself was complete and total rubbish.