Can we stop with the "Batman is more relatable than Superman" thing?

So can we now finally stop with the whole "Batman is more relatable than Superman because Batman has no powers, he is human like us, Superman is too OP."

Can we finally stop with that excuse now since THIS just recently happened and to comic book readers that are reading the new 52 Spoilers:

(Yes yes I know Gawker Media is the devil, I just linked a Jpeg so you will just see the image and I do not know how to show a whole image in a post)
S

Also to the mods my bad I did not noticed this was the gaming discussion. Move this thread to the Off-Topic Discussion please?

I do think, and will continue to think, that Batman is nominally more relatable than Superman.

I didn't even know that this was a thing. But now that you mentioned it, he's definitely more relatable than Superman.
S

Adam Jensen said:
I didn't even know that this was a thing. But now that you mentioned it, he's definitely more relatable than Superman.
Click to expand...

Its because of that attitude is why we don't get any good Non Batman DC content. Name one GOOD Wonder Woman, Green Latern, and Flash comic book right out of your head?

Batman monoplized DC's attention. Batman sadly has become the face of DC when really it should be Superman.

Seeing Batman in the center of a Justice League group shot is just wrong.

Nah, Batman is totally more relatable than Superman because Batman doesn't have any powers, he's human like us. Superman is just a Mary-Sue God.

Most people aren't living their lives consumed by vengeance. Superman is physically removed from a regular person, but their motivations are similar.
S

Silentpony said:
Nah, Batman is totally more relatable than Superman because Batman doesn't have any powers, he's human like us. Superman is just a Mary-Sue God.
Click to expand...

And yet Batman somehow out mary-sue's the big blue boyscout quite frequently. Wasn't it Batman (or at least, his plans and technology) that was said to completely defeat the entire Justice League?

I mean, if you have a self-described Mary Sue God with Superman, and nine times out of nine when facing Batman results in the Caped Crusader winning, why isn't Batman considered the world's biggest Mary Sue of all time?
Click to expand...

So Batman is no longer more relatable than Superman to some people because the New 52 decided to give him god-like power?

Did you just start reading comics this year? This is hardly the first time Batman's gotten superpowers. Do you think this new development is going to last more than the current storyline? Just like all the other times Batman has gotten superpowers, he will go back to being human soon enough, and it won't stop those people you mention, because when people talk about that kind of thing, they are talking about the baseline character, not whatever storyline gimmick is temporarily taking place.

Not to mention, a single storyline isn't going to change the relatable portrayals of Batman from other mediums, like his portrayals in the DC animated series that brought up storylines revolving around his human weakness and being in a team with a boatload of superhumans. New 52 Batman isn't DCAU Batman, so giving him powers for the zillionth time in a comic series that most Batman fans probably aren't keeping up with doesn't mean much, the issue with comics is that a lot of fans are fans of the movies, video games or cartoons, so the comics mean just about jack and squat to them.

I'm not even sure why you created this topic, do you seriously think people are going to change their minds because a single comic book storyline gave Batman superpowers again? Jesus, that's like saying we should relate to Superman for being human just because he lost his powers a couple times in comics in the past. Superman inevitably became super again, and Batman will go back to being human.

Seriously, someone explain to me what the point of this thread is supposed to be.

This is a thing? Huh...ok, I guess people could say that the human is more relatable than the alien, but Batman is an angry rich tosser, and I'm not. Hell, lots of people relate better to Superman than to actual human beings IRL anyway...we should have people complaining that he's an illegal alien, but he gets a free pass.

In any case, Batman is the least interesting of any batfamily members I can think of.

Wait, you're argument is that Batman is not relatable because he's a 'God' now? Forgetting the fact that he's a bastardized New God (Which means not a God at all)?

Have you read any of the comics in this series? I've only read one, in which...


Batman gets into a very human conversation with the man who killed his parents, argues with Alfred, and is confronted with the notion that the chair is eating him from the inside out as punishment for exercising his powers.
There are a lot of problems with Batman you can point out. The fact he's rich or crazy, for instance, could possibly make him less relatable. But a temporary power boost that forces him to confront the inner fascist he's often accused of having, that he uses exactly how many real life people would use it, and which doesn't even allow him to transcend his own human nature?

No. This doesn't make him less relatable. 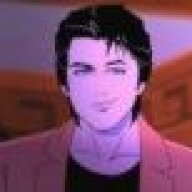 Clark Kent works a tedious 9-5, has a widowed mother to worry about, and a relationship that's unrequited half the time.

No, Batman is more relatable than Superman. Batman is human. Superman is not.

Dazzle Novak said:
Clark Kent works a tedious 9-5, has a widowed mother to worry about, and a relationship that's unrequited half the time.

Yes, Bruce Wayne truly is an everyman...
Click to expand...

Batman has pulled himself up by his bootstraps, you can see that because he's rich. Superman is a lazy illegal immigrant.

I find Batman and Superman to be equally boring characters, because even though Superman just has a superpower for whatever he needs, Batman does pretty much the same with with his all powerful utility belt.

Both characters are carried by their cast of supervillains, and Batmans are just ultimately more interesting.

And yes, Batman is more relatable, because he is still, for the majority of his appearances, a human character. Superman is not. I cannot relate to either, but Batman is still more relatable.

I find Batman more relatable because at his core, he just wants his parents back. I think anyone who's experienced the stages of grief can understand that moment where it's like... you don't accept the reality of what happened. Batman is stuck in the hell, permanently and he can't get out of it or rather he refuses to get out of it... And he's kinda more relatable because you know his story eventually has to end with him getting over it and not being Batman anymore.

I think Superman could be more relatable if the comics did focus more on finding his identity. He has to deal with the fact that he's adopted, that he is alien even though he's been raised with these earth mid-west values. He has to deal with the public persona of being Superman, but really just deep down being Clark Kent. Like he probably wouldn't want to be Superman, but because of his powers, because he knows HE CAN help people he feels this moral obligation because of his upbringing.

At least, that's how I see Superman... His struggle is that he really isn't a SUPER-man, he's just a guy with super powers, and everyone expects so much of him. Theres an episode of JLU where he gets really jealous of Shazam, which I think is great because it really shows his flaws. Plus theres that whole deal about Lois crushing on Superman (the public persona) but Clark Kent kinda stands meekly in the background.

I got this Superman novel laying around somewhere, it has a really good line in it. Him and Lois are walking, and shes asking him like how and when he chooses to use his powers. They see a guy run out of a store, he stole a loaf of bread.

Aside from it being kinda funny, it kinda shows like all his power really is a burden for him cause he and he alone has to decide when it's right for him to use it.

Yeah, is it any shock people tend to find the angry, violent loner more relatable than the guy who is an embodiment of nobility?

I'm pretty sure Batman is who most people would be if they had the money, training, and opportunity.
M

Dazzle Novak said:
Clark Kent works a tedious 9-5, has a widowed mother to worry about, and a relationship that's unrequited half the time.

Yes, Bruce Wayne truly is an everyman...
Click to expand...

Batman has pulled himself up by his bootstraps, you can see that because he's rich. Superman is a lazy illegal immigrant.
Click to expand...

This is the best post I've seen so far.

Batman is a revenge-crazed invincible ninja billionaire. With a civilian persona that consists of acting like a complete hedonist and indulging his random whims. His parents are dead, and tragically so. But so are lots of peoples, and its his own refusal to deal with it healthily.

Superman is an invincible alien, who has to deal with xenophobes and worry about controlling his powers to avoid destroying the earth. With a civilian side that is basically working middle-class joe constantly impaired by his secret identity. Which largely makes him a bit of a social outcast.

All in all, I'm betting Supes has the more relatable struggles for most people. Moreso considering that Batman could just stop being Batman and live as Bruce Wayne. Superman is always stuck with being an alien among humans and having to deal with day to day work and life.
Show hidden low quality content
You must log in or register to reply here.
Share:
Facebook Twitter Reddit Pinterest Tumblr WhatsApp Email Link
Top Bottom