Super Smash Bros. For Wii U and 3DS is getting two new playable Pokemon.

Original Story: Today's Super Smash Bros. For Wii U and 3DS Nintendo direct had a wealth of information [http://www.escapistmagazine.com/news/view/133591-Super-Smash-Bros-3DS-Launching-in-Summer-Wii-U-Coming-in-Winter] on the new titles, but what is, of course, most interesting for long-time fans of the series is the new character reveals. At the very end of the presentation, a familiar face showed up: Charizard. In Brawl, Charizard was a part of the Pokemon Trainer character, but it looks like he will be his own character in the new game, complete with a mega-evolution Smash attack.

And how do you counter a fire Pokemon? With a water Pokemon, of course! Alongside Charizard came the announcement of Pokemon X and Y's Greninja, a water-dark type Pokemon that screams "ninja". Greninja seems to have a very agile movie set, that uses both traditional Pokemon attacks such as water gun, and "ninja" tricks such as smoke bombs. He seems somewhat similar to the previously released Lucario, who was also shown in the video to have a mega-evolution.

As for other returning character news [http://www.escapistmagazine.com/news/view/133595-Zero-Suit-Samus-Sheik-and-Yoshi-Return-in-Super-Smash-Bros-3DS-and-Wii-U], Yoshi fans can breathe easy, as Nintendo confirmed that the green dinosaur would be returning to the game, and fans that preferred to play as Zero Suit Samus and Sheik rather than regular Samus and Zelda will be please to know that they are, like Charizard, now their own separate characters.

A whole bunch of other Pokemon appeared in the video, although they appeared to simply be the 'mons that would spawn from the Poke-ball item when used in game.

Charizard has been my favorite Pokemon since I was 10 years old, so I am super excited that he's being fleshed out as his own character this time around.

OT: Well I have to say that I really like Greninja's moveset a lot, and Chizard can finally be a fully realized dragon now in games. Also, just to gloat, go Team Froakie, we now have a representative in Smash Bros for Team Froakie! >

YESH! They listened and made Charizard his own character. Personally, I never liked playing as Ivysaur or Squirtle in Brawl at all and hated how they would force you to switch characters to restore effectiveness.

Greninja however looks rather... OP'd. Anytime they put in a character with really good speed, I get really worried. It happened with Fox in the first one, Fox (again), Falco, and Marth in Melee, and Metaknight in Brawl. To be fair in Brawl though, Metaknight was OP'd in almost every respect and not just speed.

Sheik as a standalone!?

Stoked to hell on that. As for the Pokémon? Eh, I preferred the Trainer more. I always thought it was a very cool mechanic.

I mean, I like Greninja and all, but it's yet another Pokemon and the likes of Captain Falcon have been removed too, then I'd be a little disheartened.

Also sincerely, congratulations on spelling Sheik right, nearly everyone else spelt it Shiek the first time I saw it. Which made me see it as Shrek a few times, and then I laughed at the thought of Shrek in a fighting game. Then I remembered that such a thing existed.

Greninja: I'd be happier if it didn't occupy a slot for a Pokemon that could have been more...unexpected?

I never tend to match the popular opinion on what Pokemon I love and use, and it's sad that I'll likely never have a "misfit" Pokemon to play in Smash Bros besides Jigglypuff. 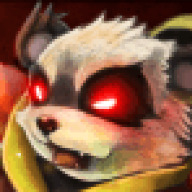 Headsprouter said:
Greninja: I'd be happier if it didn't occupy a slot for a Pokemon that could have been more...unexpected?
Click to expand...

Are you telling me you honestly saw Greninja COMING!? Impossible, He's a Ninja.

Internet celeb and comic book critic Linkara brought up an interesting question on his Twitter account regarding the lack of any grass-type Pokemon in the new SSB. Will Venusaur be coming back? If so, will he be a separate character like Charizard or is he stuck with the possibly returning Pokemon Trainer? Maybe it might be a a new grass-type Pokemon. If that is the case, who would be a better substitute for Venusaur?

The Super Smash Bros website has been updated with the 5 new characters. Link is posted below.

In regards to the 3DS coming out before the WiiU version, I'm guessing it will be a late summer release since not all the remaining characters have been reveals. But don't hold me to that. What is interesting is that Zero Suit Samus, Sheik, and Charizard are now their own characters. I wonder what this will mean for the Pokemon Trainer? Is he no longer part of the game or will he (or perhaps she) be getting new Pokemon to play with? Nice to see a X/Y character on the roster. Even cooler that it a frog ninja.

Hope more info comes down the pipe. This game is getting all the more hype.

Headsprouter said:
Greninja: I'd be happier if it didn't occupy a slot for a Pokemon that could have been more...unexpected?
Click to expand...

Are you telling me you honestly saw Greninja COMING!? Impossible, He's a Ninja.
Click to expand... 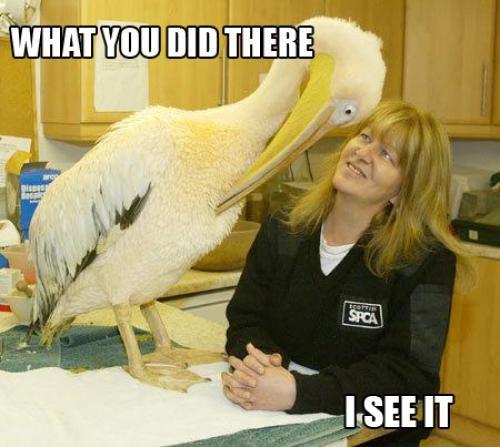 This image is probably one you saw coming.
W

greninja is just the replacement for metaknight, i guess???

substitute is almost a direct copy of metaknight's counter

Charizard has proven in the anime that it doesn't really need a trainer. Looks like with the added focus it could be a real powerhouse but that Greninja...damn...came out of freaking nowhere and looks like it'll be able to stand up to Mac and The Villager (ie: another potential OP character)

I thought I'd be maining Mega Man but after seeing Greninja...damn...

Shoggoth2588 said:
I thought I'd be maining Mega Man but after seeing Greninja...damn...
Click to expand...

Maybe it's just my headphones, but was that video really quiet? 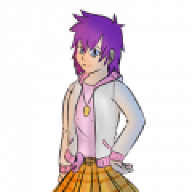 Shoggoth2588 said:
I thought I'd be maining Mega Man but after seeing Greninja...damn...
Click to expand...

I was under the impression that the many directional (Omnislash) that Greninja did in front of the sky was his Final Smash.

Overall, I don't mind the additional Pokemon. Greninja seemed like a solid Fighter choice, and Charizard has been shipped to the nine realms and back. Wish he would use MegaZardY more often though.

Still waiting for Isaac to be in here, although if He does get it that means I'll need to find a way to decide who the hell I'm maining. Too many choices, Link, Mega-Man, Little Mac, Sonic and possibly him if he's in.

Would like to see some other franchises get some Love other than just Pokemon and Mario. I know that They're Nintendo's main franchises and I love them to death but something just feels off with them having so many reps.

Oh! New Idea! have Wonder Red in there as a character or assist at least. I think that would be pretty badass

Didn't this interview from three months ago sort of confirm Captain Falcon for SSB4?

"Sakurai also talks about the difficulty in adjusting balances for things such as four player free-for-alls and 1-on-1 fights, as their circumstances are completely different. This can?t be helped at times, he says. For example, some attacks such as Captain Falcon?s ?Falcon Punch? might work well when there?s more players, but might not ever hit during a 1-on-1 fight."

Hopefully it's a confirm for him, would be sad to see him gone. 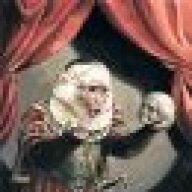 Soviet Heavy said:
Maybe it's just my headphones, but was that video really quiet?
Click to expand...

It's not just you, and thanks for reminding me to turn my volume back down. I would've had a heart attack the next time I watched a video. 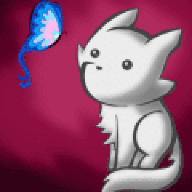 So...one third of my Pokemon Y team is in Smash Bros? Interesting.

I have to say I'm amused by this choice. Sort of sad to believe that the who Pokemon Trainer concept has been (maybe) scrapped in favor of making Charizard a standalone. I always liked the Trainer's concept even if I don't think I knew anyone who actually enjoyed playing him.

Other than that, I can get behind this. I'm just glad I know how Greninja is this time and I'm not being blindsided by a new pokemon that I've never heard of (Lucario).

Okay, I shall get the news which disappoints me out of the way first. The lack of being able to transform in the midst of battles, outside of characters such as Lucario having a Mega Evolution which is more of a power up than a transformation, was disappointing for several reasons, in fact it's probably the most disappointing thing I've heard in regards to this series... ever. This however, the lack of Pokémon Trainer and the resulting Charizard as a standalone character, is one of the key reasons it is disappointing. While I disliked the inclusion of Pokémon Trainer for being yet another Gen 1 Pokémon character, I loved the inclusion of Pokémon Trainer for bringing a vastly different form of representation for the Pokémon series to SSB. Considering that the trainer's are just as integral to the Pokémon world as the Pokémon themselves, I found it to be a wise decision to represent that aspect through a character. Now that unique form of representation is gone, and instead of simply removing the Pokémon Trainer's Pokémon whom don't signify anything special in terms of representation anymore, we get Charizard as a standalone character. Yep, now he just represents another Gen 1 Pokémon, something that is already covered by the always in SSB Pikachu and the sure to return Jigglypuff.

The inclusion of Greninja on the otherhand is... I'm a little mixed on it but overall I think it's a good thing. I did want a Gen 6 playable Pokémon, and was overall not too fussed on who that Pokémon would be. That said, my expectations were more towards either a 6th Gen Pokémon Trainer (to replace the 1st Gen Pokémon Trainer), Sylveon (it did receive a lot of promotion), or Diancie (upcoming movie and there is currently no playable legendary Pokémon). The inclusion of Greninja I find a bit strange, for instance, why Greninja over the other two starters? I personally find Greninja rather dull compared to Delphox and Chesnaught, and considering the newcomers so far, would have preferred to see a slower and/or heavier newcomer at the moment rather than the lightning fast Greninja, but I in no way dislike the Pokémon and do feel the inclusion of a playable Gen 6 Pokémon is a great thing to have. 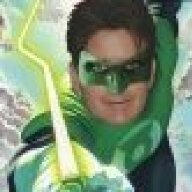 Yay, the most overrated Pokemon in existence + a random starter.