I figure he'd feel the metal coming towards him and just return it to sender. 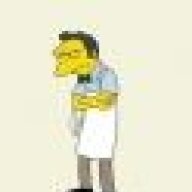 A good sniper has the ability to put a bullet in the exact same orifice the first bullet left.
The world olympic champion is a marine, I think, and he can do exactly that.

Besides, the only type of bullets made out of metal with magnetic properties (steel)are meant to pierce armor and hard targets. You can perfectly have a bullet made out of bronze and led.
One could probably argue that with a magnetic field intense enough you could deflect said bullets, but I think that with a magnetic field that powerful, you´ll have plenty of other things to worry about.

Atmos Duality said:
Polymer crossbow/composite arrow/bolt fired from a nylon-Synthetic fiberglass composite bow (or crossbow, if you're a sissy).
The shot is silent, the yard-head is more than strong enough to go through most conventional armor (and certainly through his skull).
Click to expand...

Hmmm... for straight up archery, arrows are made of carbon fibres (probably need a polymer/ceramic pile), while a compound bow with carbon limbs would get the job done. Even if the shot doesn't fully penetrate the armour, the stopping power behind the arrow will cause some damage... Still... fibreglass?!

You an archer at all? 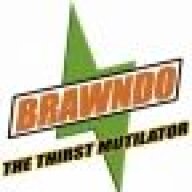 Brawndo said:
But what if Magneto was just casually walking down the street to his favorite cafe when a sniper takes an accurate shot at him from 2km away?
Click to expand...

Are these the snipers from Ghost in the Shell?

Yes, .50 calibre and larger rifles can theoretically hit stationary targets at that distance if the user is a ninja, but at that distance you can count to three very slowly in the space between the bullet leaving the barrel and impact.
Click to expand...

The longest sniper kill was from 2475 meters by achieved by Craig Harrison of the British Army fighting in Afghanistan, so it would be difficult, but doable. And according to studies the bullet took nearly 6 seconds of flight time before it hit the target

That's why he wears a helmet. 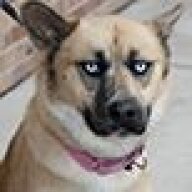 50 cal. diamond bullet could probably do the trick
M

Deadpool could do it.

I say we call the Mythbusters.

I always assumed his silly bucket helmet was bulletproof or something. He sure can't be wearing it for fashion.

Although I suppose you could just use a wooden gun if you really wanted to beat him.

[sub]If you're after a serious answer, see anyone mentioning some constant magnetic field. That's what I'd assume.[/sub]

Exactly this.
Just make a bullet out of some special plastic or carbon fiber.
Perhaps even an athletics competition spear, they are made of plastics/fiber nowadays?

I wonder if depleted uranium would work?
It's a paramagnetic metallic chemical according to Wikipedia.
Any science person on hand to speculate on DU-snipershell vs Magneto?

I think he sense them coming, but I doubt his reflexes are fast enough to figure that the bullet is about to hit him. Those things go about 2500 ft/s so even if he can sense finger sized bits of metal out 2000 feet he has only a second to react.

SckizoBoy said:
Hmmm... for straight up archery, arrows are made of carbon fibres (probably need a polymer/ceramic pile), while a compound bow with carbon limbs would get the job done. Even if the shot doesn't fully penetrate the armour, the stopping power behind the arrow will cause some damage... Still... fibreglass?!
Click to expand...

Since Magneto can sense metal, the pulley components can't have metal components or bearings.
Probably not fiberglass (I haven't done sporting archery for a loooooooonnnnng time. Like 17 years). But I do know that there are composite bow bodies that don't need metallic components to function and still have the penetrating power of small arms rifles.

Atmos Duality said:
Since Magneto can sense metal, the pulley components can't have metal components or bearings.
Probably not fiberglass (I haven't done sporting archery for a loooooooonnnnng time. Like 17 years). But I do know that there are composite bow bodies that don't need metallic components to function and still have the penetrating power of small arms rifles.
Click to expand...

There aren't any bearings... though I'm fairly sure you could customise a compound to have its cams made from a ceramic/polymer composite. As for the riser... same deal, though the limbs would have to be recurved, otherwise I don't think it'd be able to take the strain. It's the release aid I'm wondering about... 'cos the rest of the array doesn't need to be metal, it's just cheaper (like a couple grand cheaper to have cast risers).

Anyway, former compound archer whose back is a bit fucked atm... greetings, fellow former toxophilus (that is, of course, provided you enjoyed it) =P

Still, definitely, have a bow with sufficient weight and high percentage letoff, he wouldn't know what hit him (armour or otherwise). And all that would be heard of the shot is a soft 'thunk'. One guy I knew had a bow (35kg wall weight) that was literally just a 'click' at loudest.

The only reason someone hasn't done it yet is because Magneto is protected by Plot Armor; he isn't allowed to die unless it furthers some other purpose. Just like most comic book and cartoon villains.

On a semi-related note, technically, couldn't you 'kill' Wolverine by dropping him in lava?

What about non-magnetic metals, or even something like depleted uranium? I'm sure you could make a bullet out of that.
L

I sort of doubt that he has a strong enough magnetic field to stop bullets up at all times. I don't doubt he has one up quite a bit, its just that, wouldn't that sort of field interfere with a lot of things like computers or cell phones/walky talky. Sometimes him or the people around him use that sort of stuff and he probably won't want the interference. Also, why would they shoot at his helmet. Why not his back, or neck, or chest, or face, or anything without a highly visible high quality helmet in the way.

Possibly. The more likely thing is that it would simply be impossible for him to escape, but instead be trapped for all eternity in the volcano.

X-23 on the other hand, heals significantly faster than Wolverine, and would likely survive anything that didn't completely destroy her head in one shot.
E

no because of 2 things
1. his healing factor would keep him barely alive
and 2. animantium take a long time to liquify

OT: stop it? no. deflect it? yes. i cant remember what comic it was but i remember him saying my EMF (electromagnetic field) protects me from your powers or something like that to cyclopes so yeah he might get hit but he wont die and you would have just pissed off a guy who can literally throw a car at you with his pinky. 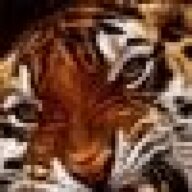 Well, the metals you described are on a short list of materials that respond strongly to magnetic fields. A great number of materials have a weak response, including stuff like oxygen and carbon. I'm not sure what effect this may have on the X-men canon (if any), but if magneto can lift a giant steel bridge into the air (a la 3rd movie) than i can't see why doing things with much smaller, organic objects would be difficult.
E

FirstPersonWinner said:
What they said. Also though on the "other than metal" bullet thing, I don't know how that would work. His helmet that he always wears is a really strong metal, so I don't know what non-metallic material could pierce that.
Click to expand...