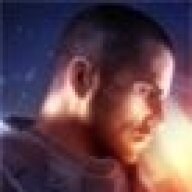 
Las7 said:
I'm not getting fooled Bioware, unless some patches are made to DA:I for PC that optimize it - I will definitely skip on this. DA 2 was the biggest disappointment in gaming for me in recent times and it doesn't appear Bioware is capable of creating an immersive PC gaming experience.
On Orgins I spend 3 campaigns learning to Rogue before finally doing most of the game with a single rogue on nightmare, DA 2 was so bad I got to the final act and deleted it off my computer.
Click to expand...

This...
Only i never got to finish chapter one. DA2 bored me to death with the silly game play. Not touching any more of BW's games any time soon. Not until i see a good comprehensive let's play that passes for a PC RPG.
N

I'm not getting fooled Bioware, unless some patches are made to DA:I for PC that optimize it

Funny how the console and PC versions were night and days infavor of the PC. I was fully prepared to buy the computer version of Inquisition even if I prefer to play games like Dragon Age on TV screens rather than laptops' monitors, then I heard about the game-breaking bugs. Then I thought about getting the PS3 version, then I heard about the horrible frame rate drop and the game crashing in several places (Hey Bioware: ever heard of Xenoblade? Like Inquisition it's an open world RPG with tons of content and places to explore: compared to your PS3 port of Inquisition it runs smoother, looks better and never crashes on a machine with 88 MBytes of ram: hire better coders, or give more time to those you have to work out the kinks in your ports), and since I refuse by principle to buy a console costing more than one week of minimal wage...
O

I absolutely loved Mass Effect 3 and how it was really delivering on all the promises Bioware made over the years... until the infamous Starchild monologue. And discovering on my second playthrough that they didn't actually deliver, just swapped out different cameos and dialogue while dragging me through the exact same missions to reach the exact same three colored ending "choices".

It doesn't matter who reviewed DA:I, all reviewers have a limited amount of time to play and bang out a review before their deadline, so they'll never be able to warn us about a potential Starchild or utter lack of replayability. I'm going to wait a good long while to hear about what the flaws are before deciding if it's decent enough to pick up.

Edit: so which system did Tito play DA:I on? I'm seeing complaints about poor PC optimization, poor keyboard/mouse controls, limited control mapping options, cutscenes capped at a pathetic 30 fps (what is this, a Ubisoft game?), and oversized, clearly-made-for-TVs UIs. These are issues that directly impact a person's ability to enjoy a game, particularly if you're going to be stuck with them for 60+ hours.

BioWare has given RPG gamers a wondrous gift this holiday season.

Not even a year ago any review of a game with a full box price and microtransactions would have mentioned it. Going from your review alone one would never have know before purchasing a copy and supporting this practice. What's up with that?
N

Today they write a whole article [http://www.escapistmagazine.com/articles/view/video-games/columns/experienced-points/12663-Dragon-Age-Inquisition-Pushes-Potion-Purchases-in-Multiplayer] about it
S

My position on Inquisition is overall positive, but I do not consider it the return to form that some claim it to be. It is superior to Dragon Age II, and while it suppresses Origins in some ways, it can't be compared to the first game when it comes to the most important feature; (Perhaps it's better to call it a mechanic or set of features) story.

My fears were not unfounded; Inquisition suffers from a severe identity crisis. It's trying to be a sequel to both the previous games, incorporate elements of the novels, AND tell an original story in it's own right. While the story is overall engaging, and has the standard Bioware strengths of witty, dynamic dialogue and banter, and a likable cast of characters, it ultimately spreads itself too thin. Because the story tries to hit so many different notes, the connection between them feels tangential at best and contrived at worst.

The plot has trouble building any real sense of momentum or tension, since not a whole lot really changes from one section of the story to the other. This is compounded by the games perplexing decision to avoid involving your companions in the main plot in any major way; the one aspect of the story that is invested with pathos and drama is relegated to what are essentially side quests.

All this could have been avoided if Bioware had taken a risk, and moved away from their boilerplate plot writing. The central conflict of the story is lacking in nuance and thematic purpose; the few hints that it's anything more than a fight for survival against a toothless, generic, one dimensional enemy are minor, and amount to nothing. Bioware has employed the Mono Myth in the worst possible way; it's intended use is as a tool to organize and simplify a narrative that lacks structure, but here it serves only to over-complicate a story that is already brimming with complexity. If Bioware had abandoned the Heroes Journey, and focused more intently on one of the two other major conflicts in the DA setting, (The civil war, or the Mage VS Templar issue) the story could have overcome all of these issues.

Inquisition is ultimately a perfectly engaging and competent piece of work, but it lacks the soul and narrative strength of Origins; it all feels very safe; devoid of artistic ambition and risk in all the areas that matter. Play it for the gameplay and side quest content, but be prepared to play through a ho-hum main quest, that can't simply be ignored like in other, better open world games such as Skyrim or Fallout.

? Voice Acting isn't too bad and improved from DAO

? The dialogue is beyond cliche

? Horrible AI (i.e. they're dumb as mud) obviously not improved from the last 2 games

? Camera controls could use some work

? The hair cuts of varnish wood are back as well as the dopey facial expressions like they're all on drugs

? Graphics look like something from 2007 Someone should tell Bioware this is 2015

? Pacing is horrible it gets better after about 20 hours sort of like Final Fantasy 13 but that's not really a strong suit

? Multiplayer is like Dead Space 2 multiplayer in that it's boring and forgettable.

? Quests are MMO type quests once again not a strong suit especially for a single player game

? Bugs, bugs and oh yeah bugs. You'll need to keep a few saves. This is a beta, not a release. Don't listen to what they say - the quality of this game is late alpha or early beta quality at best.