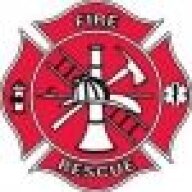 Username: my name
Avatar: cause I'm an EMT 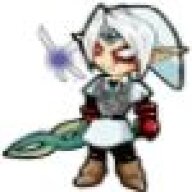 Username- God of cider...no, it's not true that I like cider, what ever gave you that idea?

Avatar- Fierce deity Link from Majora's mask. If you played the game then there is little needing explaining here. Pure unfiltered power; on par with the moonlight sword from Otogi: Myth of Demons.(Arguably as difficult to acquire as well.) 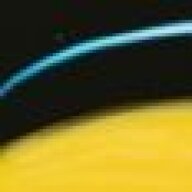 Username: Comes from Rosa Rubinigosa a rose I like
Avatar : A picture I made
J

It starit on youtube, i was makeing my acount for the first time. I tryt many names but they wer all taken in the end i tryt jaso111, it was taken, so in anger i just smast the 1 buton. I ended up with 16 ones and ges wat it was not taken!! So i starit usen it evrywear with les ones thou

Sory for the bad gram 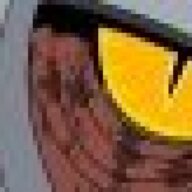 Username: I like the idea of food preparation to be quick and painless so I think instant-type foods are great, however terrible for me. That, plus my name.

Avatar: It's a quick photo of my cat with a silly gradient map on it. 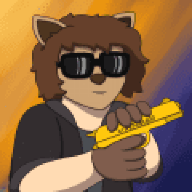 Username: Well, I made it when I was really young, I made it because I'm crazy, and likes cats, and the 690 was because it was avaiable, I didn't know back then that most people would assume someone with the nick crazycat is a female, also the 69 part of 690... surprised me.

Avatar: Well it's John Marston from Red Dead Redemption, downloaded it from the official website, I was hyping RDR when I changed it and I haven't bothered changing it back.

KennyHungry said:
Username My name is Kenny and i get hungry
Avatar General Grievous from genndy tartovsky's clone wars. Why? because he was amazing and OP in that cartoon.
Click to expand...

I loved the original clone wars. It was actually done well. I was just so pissed that they pussified Grievous in just about every other version (movie, alternate clone wars, etc). It's just so depressing when he was noted for killing so many jedi prior to that movie.
Click to expand...

During the time i was playing teaMm fortress 2, i found the pyro the best class to play as. And 999 is the emergency sevice number in the U.K

Username: It means 'Black Black' in (I believe) Ancient Greek. I had a friend in High School who used it as her username on things, and when I needed a name it was the first one that popped into my head. Now she doesn't use it anymore so I have full usage, except on Deviant Art.

Avatar: Used to be Squall, because I liked FFVIII and it was one of the default avatars on the site when I joined. Now it's Basil the Great Mouse Detective. Back when FaceBook did the 'cartoon character for child cruelty awareness' I changed my profile pic to Basil, remembered how cool he was so changed it here as well, and haven't changed either of them since. 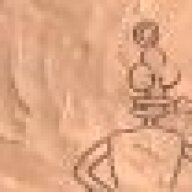 Another avatar one? sure, why not.

Name : Mumonk (pronounced Muh-Monk, not Moo-Monk as people seem to do) Came from my son, long family story.

Avatar : If you have to ask, then you fail big time =P

Name: In Yr 9 (13-14yrs old and last academic year) people in my class called me Jooeey Kapowey. Soon after I was reading Feet of Clay by Terry Pratchett where apparently the last thing a bad 'horse doctor' will hear is "Mr. Chyroprase is most displeased" coming from a dark alley (That is roughly the name of the one of the biggest crime bosses in Ankh Morpork.
I replaced Chyroprase with Kapowey and snuck in my first initial. Bingo.

Avatar: My XBL avatar, the avatar is meant to be a Federal agent (after a mass NCIS watching session) and the Falcon is there to look cool.

<color=green>Username: Its a combination of my birthstone and my nickname from Spanish Class. Its also something of a combination between fitting nicknames. The first is that my birth stone is an Emerald, and so my friends call me the Emerald Knight (its something that would take a away to explain, but suffice to say, I set up a local chapter of chivalry more true to the way it ran back when then what people like to think it is). The name Rafael (Raphael in English/French) means "God's Healing". My friends and I thought it fit, because they say God has both healed me, and used me to heal others. So I just took it and ran with it, using it for my user name.

<spoiler=Avatars><color=blue>Avatar(s):
<spoiler=Avatar 1>http://i52.tinypic.com/2lub67a.jpg
Protagonist (nameless in the game, but his manga name is Minato Arisato) of the game Persona 3 and Persona 3 Fes. Its my favorite game, and the character I can most associate too. Plus, I look like him (kinda) I just have to dye my hair blue (which is always a hassle but worth it when it comes out right) and get contacts, but I dont like to bother with those.

<spoiler=Avatar 3>http://l-userpic.livejournal.com/82024595/17251171
Protagonist (again, nameless in game, but in the manga series his name is Souji Seta) of Persona 4. Its one of my favorite games (top ten) but I dont like it as much as Persona 3 Fes (I know, its so much better, I dont care, personal opinions,a nd I like Persona 3 Fes' system better since you can use all weapon types and the fox doesnt rob you blind to replenish your HP/SP). Plus I didnt associate to this character like I did Minato (which is weird since you choose both's actions). Still, I like him, and I look like him more easily, since I just have to dye my hair silver (though although I do have glasses, I dont have glasses like his), but again, thats a pain to dye it and I dont do it often.

<spoiler=Avatar 4>http://i56.tinypic.com/2ccx7va.jpg
I'm an NHL fan, but a general hockey fan. My favorite team is my hometown team, the Pittsburgh Penguins (got into them around 2000), and my favorite player is Brooks Orpik. So I wanted to get a pic of him in his jersey (preferably his home [black] jersey, cause I have one of those), and that was the best one. He's number 44, the other guy is Kris Letang, who's a rather good young hockey player and his defensive partner this year. His number is 58.

<spoiler=Avatar 5>http://i52.tinypic.com/qrmzvb.jpg
Its the green Castle Crasher, but my friend Jake calls him Anthony (my name) or just the Emerald Knight, so I went out to find a pic to use as my avi.

<spoiler= Avatar 6>http://images1.wikia.nocookie.net/__cb20081212111435/megamitensei/images/thumb/3/3b/ChihiroP4.jpg/138px-ChihiroP4.jpg
Thats... thats my gaming love, Chihiro Fushimi of Persona 3/P3Fes/Persona 4. Its really creepy I suppose, but I have an obsession of sorts with this character that is borderline unhealthy for two reasons:
1) She's my type of girl. And cute. I mean look at her!
2) She reminds me of my first girlfriend that I really, REALLY loved (who passed a way a few years ago) cause she looks so much like her, and she acts like her in the game. So its something of a last link, which made it really hard in the gamestop when I sold all my PS2 games and came to this one last. I'm glad my friend was working and handling it, cause I just couldnt let go of the game. Yes, its sad, and yes, its weak, but I think my life warrants me a little bit of weakness (Fair to say it hasnt been exceedingly well so far).
So yeah...

Anyway, those are my avatars. I usually switch depending on my mood, and I use a lot more on different sites where I can use sigs with pictures in them, as something of a monthly matching set that matches my Sigs to Birthstones of the month. Plus just a bunch I have that I like to show off.

Username: It should be Souldin but someone already had it. Anyway the name Souldin came from the idea of a burning soul or souls. The soul is to represent life and my belief that I have reincarnated whilst the Din was inspired from Legend of Zelda as an alternative to saying Burning soul. So really my name translates more into soul fire than burning soul but the intent was burning souls. I just wanted to have it sound original so Souldin. Whenever someone else has the name I simply change the 'i' to a 1. 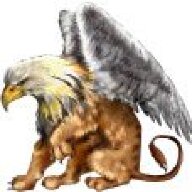 Username: It been a long time with this one, it came from one of my great name creation I did back then when I started playing City of Heroes, I made a Asian looking guy using a katana, at the point where I had to choose is name I typed random letters witch gave something like "Tiyans", after several fix and mix of letter I came up with Siyano because I liked it and sounded very close to a French dramatist name (Cyrano de Begerac).

Avatar: One of the best picture I found of a Royal Griffin. I don't exactly know how it comes up but from time to time I just started to Love that Mythical creature. The only thing I remember is that I may wanted to be unique and marginal and try to insubconsciously like something different than a Dragon from all the mythical creature.
A griffin is majestic, fierce and a great mix of 2 great creature, a lion and an Eagle
Also it has a slight connection to Heroes of Might and Magic wich is a game I liked alot through my gaming years

Earned during my college years when I was helping everyone in my dorms with video games. Showing them hidden areas, secret codes, etc. However, in 2001, when I wrote "Heroes of Arcadia - The Gamemaster's Legacy", it became related to that fanfiction.

Because of the popularity of my fanfics, I needed an avatar to match it. So, since I had NO artistic ability of my own, I asked people to come up with something based on my fanfic persona. One person, known as Calypso on Netraptor's forums, came up with this [http://premium1.uploadit.org/GMAnthony///GMAvatar.jpg] based on the information I gave. I loved it...and thought it was even better than I even imagined my own character. So...I made it the official look of that character.

Username: It was originally the name of a backup youtube account that I made that I could use to troll people I didn't like, but eventually I stopped and instead decided to use the name on the escapist.

Avatar: The exploding man from Heroes, I love the show, and I love that painting. 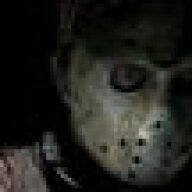 USERNAME: I commite the act of virtual genocide... regularly...

AVATAR: Every one loves Jason, right? 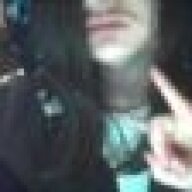