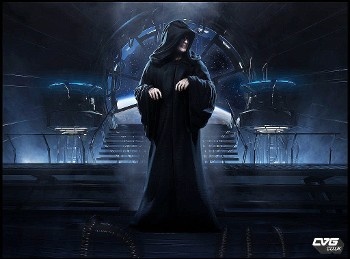 Game lawyer Tom Buscaglia, whose firm specializes in representing game developers, took Kotick to task for statements he made at the DICE Conference last month [http://www.escapistmagazine.com/news/view/98461-Bobby-Kotick-Doesnt-Mean-to-Come-Off-as-a-Dick] and during an Activision shareholders meeting earlier in the year. Buscaglia made the strong statements at the "Fired and Fired Up!" rant at GDC 2010 in response to the recent "screw-job" at Infinity Ward.

"Ok. If there's no fun in making games, then the games suck, but I don't think he gets that," he said.

After that, Buscaglia said that Kotick began orchestrating what would be known as the scandal with Infinity Ward CEO Vince Zampella and CTO Jason West [http://www.escapistmagazine.com/news/view/98761-Rumor-Security-Locks-Down-Infinity-Ward-Ousts-Studio-Head-UPDATE]. "They instituted the deal to screw West and Zampella out of the bonuses for their team and all that other shit. If you read the lawsuit, it's just amazing. Then [Kotick] goes to DICE and starts off his speech by saying, 'You know, I used to think that I was Luke Skywalker but now I find myself on the Death Star.'

"Bobby, you're not on the fucking Death Star. You're Palpatine," Buscaglia said to laughs from the crowd. "You didn't get there by accident, you got there by the decisions you made."

Buscaglia then took umbrage with Kotick's attempt to curry favor with game designers in his DICE speech by saying that he respected their talent, all while he was performing the "screw-job at Infinity Ward." Buscaglia summed up his two messages to Bobby Kotick with his parting words:

Pull your head out of your ass, cowboy up, you are the fucking evil Emperor. Just be who you are and stop trying to pretend like you're one of us. Number 1.

And number 2, all you have is money. You sell games. We got the fucking games, and you got shit without us. So pony up and back your talent, and treat them right. If you won't do it, somebody else will, and then they're going to replace you and your big company.

Oh, how I wish this were true... In a perfect world, Kotick would have failed miserably by now. I'll let Gabe & Tycho explain, as they so masterfully do [http://www.penny-arcade.com/comic/2008/11/5/].

On Topic: I hope Kotick realizes that by taking the fun out of making games and making the employees be serious about it that the work going into making the games is going to plummet.

And made even funnier the fact a lawyer said it!!
M

lawyers. Love them or hate them, you can't ignore them.
Unfortunately.

I whole heartily agree. EA had their time being assholes, and for a while Eidos looked like they were going to be like them (Kane and Lynch controversy, the award for the game thats not out yet, and the "Laid off" Gamespot reviewer) but it appears that Activision have stepped in the be the biggest Fuckwad. Even when they give out a good game (Modern Warfare 2) they FUCK IT UP by Fucking the people who made it! Guitar Hero has been driven into the ground and will NEVER come back up (unless it makes Guitar Hero: Mature complete with Steel Panther's feel the steel album) and so for once in their time, we have a lawyer who is doing their fucking job right.

Calumon: Can I uncover my ears now? Has Jack finished Yelling?

He gave a good speech.

To think gamers everywhere were mocking Buscaglia not too long ago when he was defending the IGA and Langdell.

So in the Star-Wars analogy, who are we?

I don't usually say this but the Lawyer is right.
Did it just get colder in here?

You treat your talent like crap and they will go work for someone else.
The only problem with that is the fact that talented developers are treated like crap everywhere, not just at Activision.
Wasn't R* San Francisco fighting off a revolt earlier this year?
Probably has something to do with the RDR delay.

Noelveiga said:
... but ad hominems and cursing at industry professionals in public is beyond my comfort zone.
Click to expand...

Kotick is NOT an industry professional. Kotick is a jerk who is helping kill and dull out the video game industry.
This needed to be stated at the GDC, hell this needs to be stated everywhere. Kotick must go.
D

I love Tom (great guy) but man, if I had done that, they'd be constructing electric fences around my home and office right about now.

Long and short of it, he's right though.

BlueTomfoolery said:
So in the Star-Wars analogy, who are we?
Click to expand...

Or the Hobbits. Feel free to pick either one.

OT: Spittin' fire against Kotick is never wrong. I hope it made him cry.
S

BlueTomfoolery said:
So in the Star-Wars analogy, who are we?
Click to expand...

Wait. A lawyer... talking sense about videogames... in this day and age? Never!

Love the Palpatine jab. I reeeeally despise Kotick after Infinity-Ward-Gate. If this guy doesn't like videogames, get the fuck out of the industry! 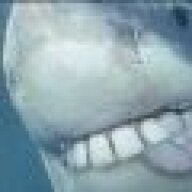 Heh, i was with you, Tommy Buscaglia, i really was. That is, until you used the phrase "cowboy up." Ugh, are you college frat boy or something?

Now THAT's a rant. I stand in awe.