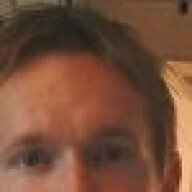 Alan Wake offers some hope as videogames struggle to rediscover the uniqueness of their chip tune beginnings.

I've been playing the Silent Hill series lately and the music in those games (especially the first) is utterly masterful.
I am a massive fan of experimental, drone and ambient type music and Silent Hill hits all the right notes, the clanking of pots and pans, sub-bass throbbing through your chair, distorted radio noises..
And then there's nothing in the goddamn room and you're still scared out of your fucking mind.

I have to admit, going back to the old days, music does seem so much more original.

However, the example of Alan wake is a good one...it feels more like a TV show, less of a game at times with its music.

Its different, its mixed things up slightly with the use of indie music, which, only a few will know, but, grounded in reality
O

Some music is pretty generic ambiance nowadays. However, I was never a fan of the 10 second repeating bit as music. The transition shows that the game industry is maturing into a more immersive and experience-focused form of entertainment. There are a ton of good soundtracks now; back in the day, not so much. They were more original, but I still didn't think the vast majority were "good." However, there were a few exceptions.

Which is another reason I love Timesplitters. It may also have orchestral soundtracks, but its also filled with amazing sounds and music that is unique to each time period.

The only game who's orchestral soundtrack I've really liked was Halo.

Move along, nothing to see here. 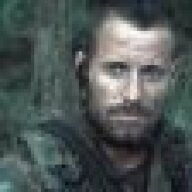 An Xbox indie game called Zombie Estate. The whole game has the same tense song and yet you don't grow sick of it.

Anywho, game music has actually generally gotten better as of late. The worst period in game music was almost certainly the period shortly after the large scale transition to disc based storage media. Suddenly developers could include generic movie style soundtracks to their games.. and they did so in droves. In nearly an instant all of the creativity and uniqueness of game music to that point was wiped out in favour of Hollywood film sound-a-likes.

Working within set limitations can do wonderful things for the creative soul. Easy evidence is found in bands like The White Stripes, who restrict themselves to simple song structures playable by only the two band members, or artists like Jean-Michel Jarre, who will at times limit himself to using archaic but classic analogue electronic instruments.

Irridium said:
Which is another reason I love Timesplitters. It may also have orchestral soundtracks, but its also filled with amazing sounds and music that is unique to each time period.

The only game who's orchestral soundtrack I've really liked was Halo.
Click to expand...

The Ice Station song from Timesplitters 2 is my favourite, but I like that one too.
Check this site, you can download every TS music. Free Radical used to have their music available to download for free but their website doesnt exist anymore.

Does the soundtrack have to be completly original to still be really good? If it fits the game then I'm all for it.

Irridium said:
Which is another reason I love Timesplitters. It may also have orchestral soundtracks, but its also filled with amazing sounds and music that is unique to each time period.

The only game who's orchestral soundtrack I've really liked was Halo.
Click to expand...

The Ice Station song from Timesplitters 2 is my favourite, but I like that one too.
Check this site, you can download every TS music. Free Radical used to have their music available to download for free but their website doesnt exist anymore.

I see. I think I love you now.

Personally, I find it kind of sad how orchestral scores have come to be considered "generic". A song isn't bad just beacuse it's orchestral and the style has it's qualities. If nothing else, the sheer power and scale projected by orchestral songs is generally matched by none. An example of this is one of my most favourite orchestral scores Japanese Overture, which was composed by Andread Waldentoft for Hearts of Iron II:


Having said that, I do agree with the author that good songs from older video games are made even more impressive by the fact that composers needed to work with limited technology. I always like stating Nobuo Uematsu's work as an example of this. The guy did wonders with the MIDI format:


I also agree that it can be impressive when video games deviate from standards in terms of music. For example, World War II games traditionally have orchestral music. That isn't necessarilly a bad thing, since it does fit a game set in an older era and it is exceptional when well done (as shown by the first example). Nevertheless, I was pleasantly suprised when I played a WWII-themed RTS called Sudden Strike. While the game itself isn't all that great, the digital soundtrack used by the game is well done and suprisingly fitting:


Anyway, I can understand why the author may feel that video games have lost a degree of uniqueness now that they are no longer limited by technology. Ultimately, though, I think better tools make it easier for composers to create unique songs and differentiate themselves from the rest.
R

Ertol said:
Does the soundtrack have to be completly original to still be really good? If it fits the game then I'm all for it.
Click to expand...

I agree with that 100%, however, it seems there are only certain acts or types of music that companies think are worth licensing for the games. The game that comes to mind with a horrible soundtrack is (if I remember the name right) was Road Rash 3D on the PS1. It came out at the time when grunge was taking off and the soundtrack was full of it and just ruined the game for me because I either had no sound by turning the volume down or listen to music I hate.

Even though I wasn't a fan of the music, the original Tony Hawk Pro Skater had a soumdtrack that fit perfectly with the game. I will put up with music I don't like if it fits the game (for instance, even though I like the song, Kickstart My Heart goes great with any racing game or kickoffs for Football games but would suck in a RPG or most FPS).

Now if they want to use orchestrated original music, I really think that the designers need to watch old silent films such as Metropolis and Nosferatu with the new scores to see how the musoic affects you as you watch the movie and then transfer that to their games.
D

Oh yeah, I forgot that all orchestral scores sound the same.

And that apparently video games are the little brothers of movies and have to try to be unique. Sure.

The Oblivion soundtrack is beautiful, as are all the Halo soundtracks.

I wholly disagree with this article.

Also, I didn't read the quoted bits as I didn't want to read a review of a soundtrack.

Connor Oberst is amazing. You won't hear any complaints from me if he wants to whip up some more lyrics for a game.

Personally, I just want music in a video game to enhance the emotion and hit the right beats. At the very least, It shouldn't get in the way, but ideally it would be memorable. But to be honest, that's an issue with any entertainment that needs to be orchestrated. There are a lot of memorable movie soundtracks, but most of them are unremarkable. I don't mind holding video games to a higher standard, but let's not think that video games as a medium are suffering in the music department compared to TV or film.

I do miss the days of hardware based sound. I think hardware synthesis should be included in modern systems, imagine if every XBox had a modern version of a C64 SID chip, with the ability for panning reverb and delay in 7.1 surround. Shit that would be great, chiptune artists would have a ball with it and it would give gaming a bit of its aural uniqueness that has so long been lacking.

OLD MAN DISCUSSION INCOMING: When I was a kid, you not only knew someone was playing a video game, but what system they were playing just by the sound. The Sega Genesis is distinct from the SNES which sounds nothing like its younger brother. The Commodore 64 was legendary for the flexibility of the SID chip which gave artists a lot of tonal possibilities, although the much simpler NES is what most people mentally associate with the chiptune sound. Similar technology to the SID could probably be manufactured considerably cheaper now, I think some people would be surprised how rich and tactile the sound from hardware synthesis is by comparison to compressed digital audio. At the very least, audiophiles and sound geeks like me would eat it up.

I'm gonna go out on a limb and say that both the Megaman series and the Final Fantasy series have had the best music of any other videogames in history.

Also Underground does not always equal Good. And I certainly don't want some shitty musician (musician is too nice of a word) like Conner "Emo Tears" Oberst in my videogames.

WRONG.
Halo soundtrack (1-3).
Half-Life 2 soundtrack (episode 1 and 2 also).
Mass Effect soundtrack (again, both).
Hell, even the never CnC titles have some decent music for a strategy game. Some of them are actually very good (though obviously nowhere near the level of the older games' soundtracks).
Music is still good, for what it is worth.

When I think about it, a lot of games have great soundtracks that transcend the cookie cutter "epic cinematic music" that seems to be what people reach for when they think of their favourite game music. I think that style of music definitely has a big impression on me in terms of how I think of games.

Braid has some amazing folky instrumental music that really defines the character of the game.

The soundtrack to World of Goo features lots of great quirky music including polka. The mood of the "ode to the bridge builder" music is great with the juxtaposition of horns and twanging elastic bands.

Osmos has a great ambient soundtrack including one of my favourites from Bioshpere.

I do think that if game developers want to take inspiration for game music from movies then they should look to Stanley Kubrick. The music in his films were great, especially in 2001, Clockwork Orange and Barry Lyndon.
Show hidden low quality content
You must log in or register to reply here.
Share:
Facebook Twitter Reddit Pinterest Tumblr WhatsApp Email Link
Top Bottom