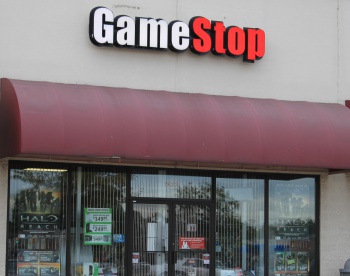 GameStop, as the name would imply, has traditionally been a store where you stop to buy games. But, in this world dominated by digital distribution and Amazon, good ol' brick-and-mortar stores like GameStop are becoming increasingly irrelevant. In order to combat this, GameStop CEO Paul Raines has announced the dawn of what he is calling "GameStop 3.0," a new phase of the company's lifespan that will see it aggressively expand its footprint into gaming-adjacent tech fields.

Unfortunately, this new initiative will result in a slight shift in focus away from video games, with somewhere between 120 and 130 of its 6,457 GameStop-branded gaming retail locations to close worldwide.

The two biggest fields GameStop is pursuing right now are mobile and Apple devices. While it already buys back smartphones and tablets at its GameStop locations, the AT&T-branded chain Spring Mobile and Apple retailer Simply Mac will be at the forefront of GameSpot 3.0.

GameStop plans to open between 200 and 250 Spring Mobile stores this year, more than doubling the 164 locations it had last year, while Simply Mac will see another 20-25 stores opened in markets underserved by Apple's own retail chain. Raines claims that GameStop is already the third-largest and fastest-growing AT&T retailer in the US.

But it isn't all doom and gloom for the video game shop, as Raines did say that he expects the console gaming space to total $18 billion by the end of 2015.

What do you think of retail gaming stores like GameStop? Is it nice to have a place to go to leisurely browse through games, or should they just go the way of the dinosaurs already? 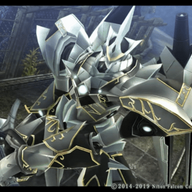 I have always been a fan of buying games from Gamestop/EB Games. Yes digital downloads means that you don't have as much of your space taken up on your shelf, but I have always enjoyed that day your game that you pre-ordered has come in, you get to pick it up and crack it open to that new game smell .

Cue millions of gamers cutting off their noses to spite their faces.

...By celebrating the decline of the retail gaming market, you see.

...Because if Gamestop is closing stores and branching out, it probably doesn't speak much to the viability of the market, you see.

Oh hell, Gamestop's evil and closing stores, so who cares?

They're cutting down on games in favor of selling AT&T and Apple devices?
I don't care for Apple and outright refuse to use AT&T, so I guess Amazon will be getting even more of my money.

Why do I have this feeling that the only Gamestop that isn't a thirty minutes away is probably one of the ones closing? Damn it small town America!

But the idea to add Apple and AT&T is pretty stupid and I really don't want a Gamestop employee to ask "Do you want to switch your service provider?" on top of everything else they ask. Guess I'm just going to keep buying games from my workplace. I get 10% off anyway.

While I never worked for Gamestop I worked for EB some 10 or so odd years ago...and as an employee of these kinds of places all I can say is na na na na hey hey hey goodbye. As both an employee and a customers my experiences were almost always shitty, sure there were some amazing gamers who I met and worked with at these places, but at the end of the day I always hated getting off from class and working there. I know this is really gonna suck for some gamers who don't have alternatives but for me personally a small chip off my shoulder broke off and fell away.
M

I dunno. While I do go to GameStop to fluff up my game catalog, I find that (personally) one of the best things about it is going into a store when they're at a lull and striking up a conversation with whatever clerk's there at the moment. EVERY GameStop I have frequented has that one guy that will, provided there are no customers, just chill with ya and talk about games going as far back as "My mother used to play this".

There are other options to Apple and AT&T. I mean, it's GameStop. GAME. Why not expand to such things as quirky board games and gaming books? Hell, if I didn't have to go cross town to pick up a couple of source books that I needed, I'd be damn happy!

I still visit and buy from GameStop on occasion, but nowadays I tend to buy from other sources.

There's an awesome indie game store near my grandmother's house that I frequently visit, for one.

While I'm not a huge fan of GameStop as a corporation, I really like the folks at my local GameStop. Shopping there is generally a pleasant enough experience that I'd rather buy games there than at Walmart, when possible.

Mcoffey said:
Probably the best move they could make. They can't compete with Steam in the digital space, or Amazon in the physical. Both offer better savings and incentives to remain than Gamestop does.
Click to expand...

I had this long rant, but you summed it up pretty nicely, so I'll just quote you in agreement.

Personally I'd love to still go to a Gamestop store and buy myself a physical copy of a game. The problem is, I'm a PC gamer, and the games I buy can only be played from Steam or Origin anyway, so I might as well buy it from there.

I still buy almost all my PS3 games from Gamestop though, mostly because recently with the PS4 being out, PS3 game prices have dropped. I picked up like 4 games one time for barely $15 total, a couple really not even that old, like The Darkness 2 (which still had that really nice artwork poster in the case, so yay)

Micah Weil said:
I dunno. While I do go to GameStop to fluff up my game catalog, I find that (personally) one of the best things about it is going into a store when they're at a lull and striking up a conversation with whatever clerk's there at the moment. EVERY GameStop I have frequented has that one guy that will, provided there are no customers, just chill with ya and talk about games going as far back as "My mother used to play this".

There are other options to Apple and AT&T. I mean, it's GameStop. GAME. Why not expand to such things as quirky board games and gaming books? Hell, if I didn't have to go cross town to pick up a couple of source books that I needed, I'd be damn happy!
Click to expand...

Shoot, I remember for a while they had a small used DVD section in every store, with prices low enough it actually convinced my dad to get one of those power up rewards memberships (I've got what's managed to survive of about two years worth of game informers packed away somewhere in a shed). Then they "expanded" into opening up those Movie Stop stores, and got rid of the DVDs in the main stores. Then Movie Stop went under because seriously, it was the mid to late 2000's, the only kind of dedicated video store that had a chance of surviving was a local niche place aimed specifically at nerds[footnote]you know, the kind of place that mostly stocks anime or niche horror or what have you. There's one focused on anime in St. Pete here in Florida.[/footnote]. Unfortunately, they didn't bring the movies back into the main stores after that, they just disappeared.

Basically, Gamestop doesn't have a good track record when it comes to expanding in any way other than buying out other game stores. Which they did with Impulse (now Gamestop PC Downloads), which actually does a pretty decent job of competing with Steam. Think they missed a step when they renamed it, though -- Impulse sounds nice and neutral, and those who used it liked it. Gamestop[footnote]The company. Gamestop PC Downloads is pretty much just Impulse with a new skin over it and better sales, because Gamestop is a bigger company with more pull with the publishers than Stardock.[/footnote] is almost universally hated.

Edit: Huh, apparently it didn't go under, but there's only 45 stores left, all of them in a handful of states in the US, almost all of those in Florida and Georgia.
W

so, gamestop's plan is to enter the same space that best buy is in?

Big whoop, there are 120 gamestops in the square mile around my house. I'm not joking, there are two gamestops across the street from one another. There's another one a third of a mile down the road. It's (literally) next door to the movie stop.

Hopefully this will encourage more retail gaming stores to open up! Also, why open an AT&T/Apple store? Both of those companies already have stores of their own.

Zachary Amaranth said:
Cue millions of gamers cutting off their noses to spite their faces.

...By celebrating the decline of the retail gaming market, you see.

...Because if Gamestop is closing stores and branching out, it probably doesn't speak much to the viability of the market, you see.

Oh hell, Gamestop's evil and closing stores, so who cares?
Click to expand...

I have no reason to care, as I buy most my games digitaly anyway.
Besides, there is always your run of the mill electronics store or supermarket if I must have a physical copy.

I shall not be celebrating though, I have nothing against gamestop.

I haven't shopped at Gamestop in years due to crappy, rude workers, high prices and dumb policies( among other reasons..) but it's still a shame that they're closing some stores and shifting away from games.. maybe if they treated customers better and weren't so horrible they wouldn't have to shift from games and close stores. .there's a reason people like me buy games from Amazon and Best Buy instead of Gamestop

I know Gamestop gets a lot of grief, some of it entirely justified. But I can't see this as a good thing. I can remember when there were multiple stores selling video games in your typical shopping mall, even retail stores devoted exclusively to computer software. Now... well...

Generally speaking, I'd rather have more options, rather than less. Sure, I can get games at Target or Amazon, but my chances of finding someone at a general retailer who actually knows about the products, or which offerings are similar to one another, or even when new releases are coming out diminishes. Having a chain of brick-and-mortar stores with access to each others' inventory lists is what enabled me recently to pick up all the Nintendo DS Castlevania games. It just worked, and that's kind of nice.

...As opposed to my e-book reader, wherein a skipped issue of my magazine subscription has led to a couple of days of type-chatting with someone in a call center in India who wasn't able to help me at all. Whee, the future is now.
Show hidden low quality content
You must log in or register to reply here.
Share:
Facebook Twitter Reddit Pinterest Tumblr WhatsApp Email Link
Top Bottom