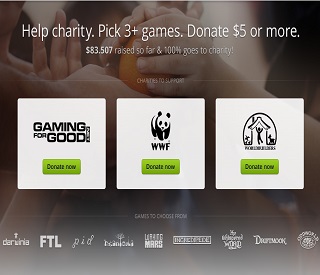 GOG is trading donations for games in a fundraiser lasting until November 12th.

Gaming for Good to help further their efforts to make the world a better place.

GOG is asking gamers to contribute at least $5 to one of the three aforementioned charities. In return, it will give donors three (or more) free games from its library. The games being offered as rewards will include the likes of FTL, Waking Mars, The Whispered World and Darwinia among several others. The digital retailer will be receiving no profits from the proceeds of the fundraiser. In fact, it will actually be spending its own money to make sure the three organizations receive the full benefit of the money contributed by the company's customers.

"In order to make sure that a $5 donation doesn't end up becoming a $5 donation minus credit card fees, VAT, and other expenses, [GOG] will be spending nearly $0.25 on every dollar raised to make sure that every $5 donation equals $5.00 given to charity," said the retailer in an announcement. The developer's whose games are involved in the fundraiser will apparently also be suspending their usual royalties to help strengthen the donations. What all of this amounts to, of course, is a great deal for gamers. In addition to getting your hands on some cool games, you 'll also get to enjoy some of those warm-and-fuzzy feeling that come from doing something nice for someone else. The "Pick 3+, Donate 4 or More" event will run until November 12th.

OT will head over to GOG when I get home... me thinks it's going to be a expensive month!

I'm glad GOG is doing well enough to afford doing events like this.

Too bad the games aren't all that great, unless I can switch pages, but the ones they allow me to pick from are... meh as I already own 90% of them T-T 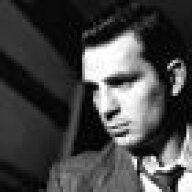 Can GOG do no wrong?

I'll gladly donate some dollar to WWF too.
Picking up Whispered World for sure, and probably Abe's Oddysee for old time's sake.
Can anyone recommend me a 3rd game? I own most of them, so it's between Waking Mars (though it looks too much like Capsized), Driftmoon, Darwinia and Pid?

And GoG.com continues its march towards distilled kickass. Seriously, that site does so many very cool things.

Bug MuIdoon said:
Can GOG do no wrong?
Click to expand...

I'm beginning to think that all of their efforts to be the least evil game shop is to cover up some unspeakable crime they have committed in the past. Like they found a way to kill Clem in The Walking Dead or something.

I'd like to donate some pence to their cause but all of the games I either have already or they are a bit naff. Hopefully they do this again in the future with a fresh batch of games or they add in a few more later down the line.

Actually it's more the devs that are taking the hit and remember in most countries,there are tax incentives to charity donations... It's win-win-win.

All in all, this is why most of my games have com from GoG (good classic games) Humble Bundle (charity) and Steam (just try and say no to those sale bargains)

Oh... I already have the games I want from this list... May as well just give that $5 straight to the charity then...

Reminds me of the www.humblebundle.com

I'd imagine quite a few escapist are familiar with that site but if not it's the same idea. Various games are put up for charity and you essentially name your price. Typically $5.00 is enough to collect all the games.

Right now you can get:

ALL for $4.53 cents or more. Most of which goes to the charity/charities listed.

It's awesome to see more companies follow this trend though
N

Oh cool. I've been waiting to pick up FTL on sale, and now I can get Darwinia and Creatures Village too!

The biggest challenge was deciding which charity to support. Wikipedia only mentions the World Wildlife Fund. I chose that Worldbuilders one.

FTL and Oddworld for $5? Hell yeah!

I grabbed Driftmoon for my third game, anyone know if it's any good?

Dangit GOG, why must you be so awesome?