MovieBob talks about how he (probably) got The Oscars wrong, and why that matters. 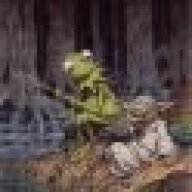 Argo also give the "Team America" side a win out of what is widely seen as an American loss. The Iranian Revolution which was the first in a string of nasty high-profile American fails and miss-steps during the 80's (Iran-Contra and all that).

People kinda forget how sucky Reagan's early foreign policy was and focus on giving him credit for defeating the "Evil Empire".

(and yes I am aware that Reagan did not get elected until 1981, it was just an ancillary thought when I was thinking about America in the 80s)
L

Sadly I doubt that was a good metric to go by. The former Canadian diplomat's outcry at how his involvement was marginalized probably had more to do with it being a favorite than the actual quality of the film.

DVS BSTrD said:
or use Lincoln as an example of how today's Republican party actually does care about black people.
Click to expand...

Christ, talk about cherry-picking. (Them, not you, that is.)

OT: Having watched it recently, I find it pretty astounding that The Master wasn't nominated for best picture. I know the Academy is famous for its rather particular tastes, but it's a ludicrous oversight.
B

Woodsey said:
OT: Having watched it recently, I find it pretty astounding that The Master wasn't nominated for best picture. I know the Academy is famous for its rather particular tastes, but it's a ludicrous oversight.
Click to expand...

I too was surprised it didn't get a nod. An interesting story and amazingly well acted.
C

Was it really the pro american? it was more pro canadian, hell the only reason they got rescued according to the film is because ben aflacks character and his middle manager boss decide to disobey orders of the us government.

the film also touches on the rather monsterous crap we pulled tinkering in their political system, and makes it clear this is the fallout from that.

while we saved face by them pulling it off in some reguards the film is not america fuck yea by any stretch less you got some real rose colored glasses on.

Good article, Bob, and the bit about koalas and espiranto was really funny. I saw Argo, liked it, and was shocked Affleck wasn't nominated for Best Director, but I think it's gonna take home the big prize. I like the scene that uses the oscars in a joke, where either Affleck or Goodman's character asks that one producer "You really know Warren Beaty?" and he says "Yeah, I peed next to him at the Oscars."
And I prefer, the Golden globes to the Oscars because they nominate and sometimes award things I watched and enjoyed (let alone heard of) and they have more fun with it, because 1/2-way through the show, everybody's drunk.

On the topic of rewards I remember your review of Silver Linings Playbook, and actually watching the movie a few weeks ago and was left thinking 'what the hell were you talking about Movie Bob?'

You portrayed the movie as another annoying 'manic pixie dream girl comes in and saves the guy' thing, but seemed completely oblivious to the mental illness side of the story. I'm guessing you don't have anyone to relate to, but personally I found the movie a little on the uncomfortable side because Bradley Cooper's character reminded me too much of my brother. Same sort of oblivious look, lost all sense of common courtesy, mind stuck in the past, single minded focus on fitness, even the stupid garbage back thing. From my perspective 'Tiffany' was just a female extension of that, rather than the mythological manic pixie dream girl that you keep pointing out doesn't exist in life. I don't know about the sex addict thing but I recall seeing a 'Tiffany' or two during the time my brother was going through the whole hospital thing.

I've seen... none(?) of the Oscar contenders this year. For whatever reason I'm a lot more detached than 2011. Argo however was (and is) the only one I want to see.

It does strike me as awkward at best (engineered at worst) that there are a bunch of 'America F* Yea!' films as Bob puts it during a year of increasing public displeasure with the administration over drone strikes.
W

I figure it's probably foolish to get too heavily political on these forums, but could it also have to do with the rehabilitation of Jimmy Carter's image as a president? He's been historically derided as ineffective, but here we have the story of an administration that actually succeeds in their goal of getting (some) of the hostages out of Iran. In a year where the optimistic policies that got him elected aided in the reelection of our current president, you can see where a group of people who are unarguably wedded to those ideas might find that optimism's success more inspiring than they usually would.

I'm just wondering because, while I loved Argo, it didn't strike me as particularly weighty or important. AKA, while it was a great popcorn flick, I'm not sure it was "art," in the same way that Lincoln or Django were. It didn't have anything to "say" other than "weren't the 70's great?"
H

I liked the patriotism showed in Argo because even though it portrayed Americans as the good guys, it didn't forget to mention that America is largely responsible for the violent uprising. It showed both the light side and the darker side of America in the movie. I think that is very commendable. It was also just a fantastic movie.

Black Swan are always easy to predict when seeing them on hindsight. Of course, Bob could be wrong again (lets wait until monday), but this whole article could be summarized to how obvious the unobvious is.

so no one votes for the movie they think is best just what movie they feel the most attached to hmmm(note to self in steps to wining an Oscar, step one make a movie about the people who vote for the Oscars step three is of course profit).
S

Hedonist said:
I liked the patriotism showed in Argo because even though it portrayed Americans as the good guys, it didn't forget to mention that America is largely responsible for the violent uprising. It showed both the light side and the darker side of America in the movie. I think that is very commendable. It was also just a fantastic movie.
Click to expand...

I think it's a little sad that Bob seems almost completely blind to Argo's actual quality as a film, which is THE real reason it's winning all these awards. Not this cynical, speculative mumbo-jumbo about American narcissism.

Thank you for reassuring me that some people, at least, actually remember this movie.
K

MovieBob said:
Les Miserables disappointed at the box office and with critics.
Click to expand...

70% RT score isn't as high as the other nominees, but it isn't exactly a bomb (and Crash WON with a RT score that was 5% higher).

And if being the #3 grossing musical of all time with nearly $400mil worldwide is "disappointed at the box office", then we sure as hell need more disappointments.

Well strictly speaking Obama didn't score a "knockout" victory, he fought a long and bloody battle and wound up on the winning end of a split desician by a fraction of a point. He won with a very small percentile lead overall and the country remains divided 50-50 on almost every issue. I'd say a lot of the current trend of Americanized movie making is to remind a US audience of a lot of the things we all still mostly agree on.

That said, I wouldn't feel too bad about the way the pre-picks turned out, to be honest when something becomes as loaded and predictable as The Oscars, it's only inevitable that the people involved are going to get offended, uppity, and want to throw a curve ball for the sake of doing so and landing one on their critics. Argo pretty much presented them an oppertunity to do exacrtly that, and it's not surprising it might take it even if by their general standards it probably shouldn't have won.

With Critics all making close to the same predictions (as pointed out) you can see why things might have turned out this way, especially seeing as general attitudes towards the commitee deciding who wins our favorite gold statue have hardly been either positive or flattering towards them for a while.
Show hidden low quality content
You must log in or register to reply here.
Share:
Facebook Twitter Reddit Pinterest Tumblr WhatsApp Email Link
Top Bottom