Quantic Dream's Kara is a brief but haunting look into how androids are born.

Other then some complaints over how Heavy Rain was received in the US [http://www.escapistmagazine.com/news/view/113362-Heavy-Rain-Creator-The-U-S-Has-Problems-With-My-Games], developer Quantic Dream has kept a low profile over the past few months. However, Quantic appears to have been hard at work improving upon the technology behind its games, and recently, it released an evocative short film, titled Kara, to show off the graphical capabilities of its newest PS3-specific game engine.

The film details the creation and assembly of a highly advanced android, who shortly after being assembled, gains self-awareness, leading to an interesting philosophical conflict with her creator. It's a little disturbing to watch, but definitely shows off the capabilities of Quantic's new graphics engine, which studio head David Cage explained was built with using full-body motion capturing in mind.

Quantic's kept quiet so far on whether its next game will include more of Kara's story, or if this version of Quantic's new engine will be used.

That was a little horrifying, and kind of cool.

I loved Heavy Rain, but it had considerable flaws. Crazy plot, frequently sub par voice acting, and weird controls to name a few. But this was emotive and perhaps even powerfully disturbing.

And a good engine demo. Another example of the 'we don't need to improve graphics / engines' argument being shown up. That's good progress even on current hardware.

My god! I'm having feelings I thought I could never have before!

Is it pathetic that I would love to have that android as a girlfriend? The fuck is wrong with me?

That video is just amazing and what good graphics(?) so amazing 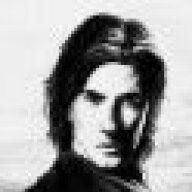 That video... freaked me the fuck out.

Still, this looks like a brilliant cinematic engine. I would love to see a story-based game using this.

In case this was a sneaky pilot and the dev's are reading the Escapist. I would buy this game.

Diminished Capacity said:
That was a little horrifying, and kind of cool.

I loved Heavy Rain, but it had considerable flaws. Crazy plot, frequently sub par voice acting, and weird controls to name a few. But this was emotive and perhaps even powerfully disturbing.

Maybe David Cage should stick to movies.
Click to expand...

Two of those things are more relevant to movies than games . I felt the controls for Heavy Rain worked really well (maybe the walking was the weakest one it definitely took getting used to, second to the slightly confusing speaking option on small screens) and Heavy Rain really proved the power of story-games, because despite being a story-game with a crud plot, it was a great game all the same.

But this is cool, this is good story. If they could fix that part for their next game it could easily be one of my favourite all time games 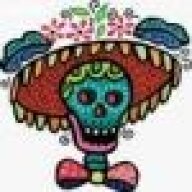 So im not the only one who got muddled feelings after this, thats good to hear.
Cant wait to see what happens next

Woah, that was... very interesting. I'd love to watch a Kara movie, or play a Kara video game :O
(But please use better controls than for Heavy Rain, they were really weird)

Damn. Just... damn. That shit just sent shivers down my spine but, like, in a good way. Y'know?

I'm surprised this didn't reach uncanny valley territory for me. It's dangerous to give animated characters too much human qualities. Normally, in order to make it look aesthetically pleasing, you would have to incorporated a certain level of style. Otherwise, the littlest thing that's off in the "perfect" human, whether it's movement or lip syncing, becomes VERY apparent and it freaks people out. But this... this didn't freak me out... in the sense of style that is.
V

That was a great video, I was on the edge of my seat hoping that it would result in a happy ending.

Wow. That was great. Not just the tech, it was actually a pretty good short film to boot! I actually think we have finally crossed over the uncanny valley with this, because I did not get the same feeling from this I got from LA Noire or Heavy Rain... Can't wait to see where this goes!

Too bad we probably won't see this till next gen... 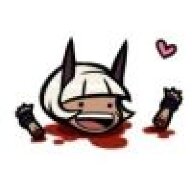 Hopefully QD's writing will match the visuals in their next game for once.

Hmm... nice engine representation, and short is good by itself.
Though, only disturbing thing I have heard is sexual function. Sex androids are not what I really want to see in the future. 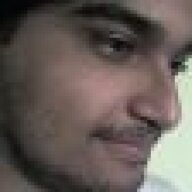 Quantic Dream wants to make a movie, so what is stopping them? The demo showed some amazing things, and if this engine does not work in large scale, it could be amazing in a fighting game or an RPG, maybe a Survival Horror could work too.
C

After watching the tech demo "Kara". Quantic Dream has stated that is will not be made into a game. And Kara only exists as the tech demo.

Personally I think this is a mistake. The idea of making a game like Heavy Rain based around a sentient Ai is... well something that really needs to be done.

What i am asking you to do is, if you agree, to send Quantic Dream a email stating that Kara should be reconsidered for production.

Here is the contact site for Quantic Dream
http://www.quanticdream.com/en/contact

VMK said:
Hmm... nice engine representation, and short is good by itself.
Though, only disturbing thing I have heard is sexual function. Sex androids are not what I really want to see in the future.
Click to expand...

Disturbing? No, realistic. If someone said to me that the driving force behind android development was the human (mostly male) sex drive, I would believe it without a second's hesitation.
Click to expand...