How would you upgrade your body?

Genetic and Cybernetic, with a leaning towards Genetic probably.

I went with "cybernetic", but genetic would also be viable.

I'd fix my goddamn eyes, for starters. I'd like to be able to see individual leaves without getting out my glasses.
Then, yeah. Mostly I think I'd just fix things that are already wrong.

After that, who knows? Would depend on the environment of the time and what everyone else considers acceptable and whatnot. 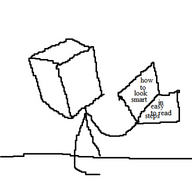 Fat Hippo said:
Staying in the boring realm of non-superpowers, the most life-improving change would probably just be to get rid of my allergies, given that I'm pretty hale and healthy otherwise.

I can't realistically imaging turning myself into something completely different, but if I was in a society where it had become the norm, who knows? Why shouldn't I have teeth that glow neon green and ten fingers per hand?
Click to expand...

I can relate to getting rid of allergies, Spring and Fall don't like my nose very much.

All of the above and more, long as it was reversible 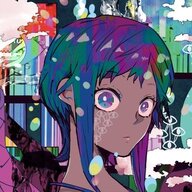 Kae said:
I won't deny it, this is something I think about quite often & I personally crave a virtual update, to become one with the flow of information, to be everywhere and nowhere at once, man that would be the best thing ever, besides after you get accustomed to living in the Matrix you can learn how to control a robotic body & live your social life through that if you really need it.

As for other things, personally I don't think of my body as a part of me, it feels like just a vehicle not all that different from a car so I'd have no problem discarding it, it's not like I even think of myself as either woman or man I just think of myself as my thoughts exclusively, after all once my mind ceases to be so do I but my body remains, possibly still alive if I'm brain dead or suffer from a degenerative mental disease, but I guess that's the thing I very much would prefer to be a brain in a can hooked up to a computer than to be human.

Oh, in case it's not clear I'm not interested in living in a virtual simulation, I just want to be a living computer, if you've seen the 1990 Ghost in the Shell movie, yeah kinda like Motoko Kusanagi, I was originally going to use Samantha from Her as my example, but that's an A.I. while Motoko is very much a brain inside a robot connected to the Internet so that's more accurate.
Click to expand...

Thanks for resurrecting this thread @TheMysteriousGX now I get to see how stupid I am for not noticing before, even though I've been saying shit like this for years, how did I not know?
I

Let's see... genetics first. Specifically, make myself able to see and hear perfectly, be skinny as a rail without needing to exercise, and no risk of heart attack. Maybe replace my organs with cloned younger versions ever couple decades or so.

Then, if robotics or virtual reality allowed for perfectly replicating a person's 5 senses, sure, transfer over when I start getting old and grey and live forever. If it hasn't, I'll spend my eternity trying to find ways to do so. Eternal life is awesome!
Show hidden low quality content
You must log in or register to reply here.
Share:
Facebook Twitter Reddit Pinterest Tumblr WhatsApp Email Link
Top Bottom