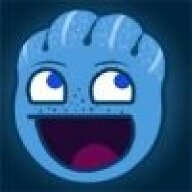 Cover-based to the extreme.

I am so sad about this. I love their previous games on the DS to death and so i really wanted to love this too.

But as the article points out it is all just SO BLAND, so ALREADY SEEN, it's awfull.

Why did the have to choose the boring sci-fi armor entrenched in faceless industrial area locales.

Why not something like Locs Quest, steampunky magic quest, or something cartoony, ANYTHING else that what they ended up with plus the few concept art splash screens. 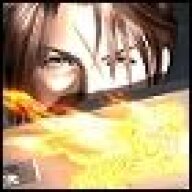 while i havent played more than the trial, i have to ask: why would you care about the story and setting? its a multiplayer only game, you dont go around docking points from halo or cod's multiplayer cause they have no story behind them.

Tell me, what was the deep, meaningful story around unreal tournament that kept people playing the damned thing for years?

By focusing on the story, the author missed the chance to tell us the things that matter about multi-player shooters. Are there a variety of tactics to be used? How important is teamwork? Is there much variation between the weapons? Does the game encourage specialization on the teams? She says the game is frantic.. but how so? Is it just super fast? Or is there a lot of stuff going on all the time that you need to pay attention to? Tell us more about the mechanics that are unique to this shooter, such as the movement system.

So this is basically a cross between Tribes and Shattered Horizon? Fair enough, but it seems rather... silly I guess. Both of those accomplish their aspects of what Hybrid is trying infinitely better.

I don't know how you guys gave it a 3/5, TBH.
It's the dullest game I've seen in a long time. Generic coverbased combat, where you're not even allowed to move on your own, you just have to walk from pieces of cover to cover. 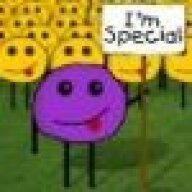 Jetback based multiplayer shooter with zero depth that quickly gets repetitive and boring after a couple of games? Who on Earth thought a Shattered Horizons clone was a good idea? And why does the article describe it as "innovative"?

the bit where you contribute to the overall score of the two warring factions or whatever actually interested me, but not quite enough to get the game :/